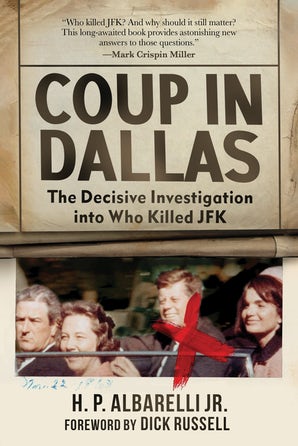 The late Hank Albarelli, Jr. has authored a lengthy tome, which draws together various, disparate elements involved in the Dallas coup in an important, timely manner. In particular, the book details the many elements of international fascism that figure in the landscape of the JFK assassination. Robert Schacht–a blood relative of Hjalmar  Horace Greeley Schacht, Hitler’s finance minister who deeply involved with Clay Shaw and Permindex–was the admissions director for Albert Schweitzer College, the first destination of Lee Harvey Oswald when he “defected” to the Soviet Union. “. . . . Of note, three months earlier, Oswald had applied for admittance to the Albert Schweitzer College located in Switzerland via correspondence with Robert Schacht, the college’s NY-based admissions. By coincidence, Robert was a blood relative of . . . . Hjalmar Schacht. . . .” WFMU-FM is podcasting For The Record–You can subscribe to the podcast HERE.

More About “Coup in Dallas”: La Cagoule Connections to the JFK Assassination