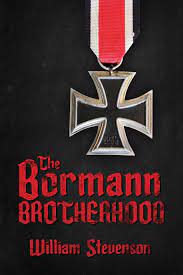 In AFA#1 we noted that the term “Iron Curtain,” generally believed to have been minted by Winston Churchill in a famous address he gave in Missouri, was actually purloined from a propaganda address given by Hitler finance minister Lutz Schwerin von Krosigk during the twilight days of the Third Reich. ” . . . . It was uttered by Hitler’s former Finance Minister, Count [Lutz] Schwerin von Krosigk, on May 2, 1945, when he was trying desperately to win Allied recognition for the government of Admiral Doenitz [in which von Krosigk was briefly Foreign Minister—D.E.]. . . . ‘The Iron Curtain moves closer,’ he declared in a broadcast. ‘People caught in the mighty hands of the Bolsheviks are being destroyed.’. . . “ Also in AFA#1, we set forth the origins of another Cold War catchphrase: “Better Dead than Red.” ” . . . . It was the symbolism, as always, that counted. Radio Werewolf hammered the theme ‘Rather dead than Red’ (a phrase that lived long after). . . .” It is not often that we are able to report good news. A happy exception is the fact that William Stevenson’s “The Bormann Brotherhood” has been reissued in paperback. Mr. Emory receives no money from this. WFMU-FM is podcasting For The Record–You can subscribe to the podcast HERE.