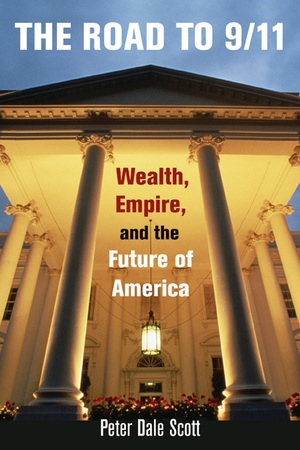 In what may be shaping up to be a disturbing reprise of Philip Zelikow’s role in the events surrounding the 9/11 attacks and the resulting invasion of Iraq, Zelikow is positioned to preside over a commission to “investigate” the Covid-19 pandemic, ” . . . . an examination of the origins of the virus—including the contentious ‘lab leak’ theory. . . .” Backers of the project include the Rockefeller Foundation and a David Koch NGO (Ex-CIA chief and Secretary of State Mike Pompeo is a Koch Brothers protege.) Zelikow’s 9/11 Commission presided over significant oversights and omissions: ” . . . . There is now evidence, much of it systematically suppressed by the 9/11 Commission, that before 9/11, CIA officers Richard Blee and Tom Wilshire inside the CIA’s Bin Laden Unit along with FBI agents such as Dina Corsi, were protecting from investigation and arrest two of the eventual alleged hijackers on 9/11, Khalid al-Midhar and Nawaf al-Hazmi—much as the FBI had protected Ali Mohamed from arrest in 1993. . . .” PNAC (The Project for a New American Century) called for Rebuilding America’sDefenses: ” . . . . ‘The process of transformation,’ it reported, “even if it brings revolutionary change, is likely to be a long one absent some catastrophic and catalyzing event—like a new Pearl Harbor.’ Zelikow helped draft the 2002 document that concretized the PNAC strategic goals: ” . . . . In 2002, the PNAC goals of unchallenged military dominance, plus the right to launch preemptive strikes anywhere, were embodied in the new National Security Strategy of September 2002 (known as ‘NSS 2002’). (A key figure in drafting this document was Philip Zelikow, who later became the principal author of the 9/11 Commission Report.) . . . .” ” . . . . In what is arguably the think tank’s most controversial document, titled ‘Rebuilding America’s Defenses,’ there are a few passages that openly discuss the utility of bioweapons, including the following sentences: ‘…combat likely will take place in new dimensions: in space, ‘cyber-space,’ and perhaps the world of microbes…advanced forms of biological warfare that can ‘target’ specific genotypes may transform biological warfare from the realm of terror to a politically useful tool.’ . . .” Will Zelikow’s investigation help prime the pump for war with China?

The FBI’s Role in the Jan. 6 Capitol Fracas Is Absolutely Disgusting