The Battle for the West Is Also a Cultural One 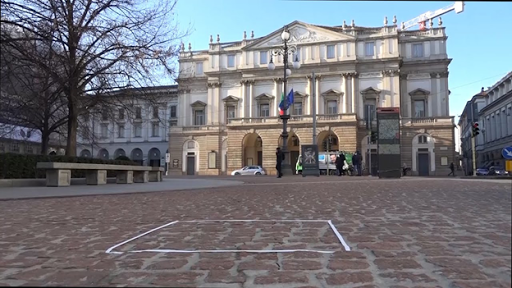 One-hundred and eighty four years ago Danish playwright, novelist, and, most famously, fairy tale author, Hans Christian Andersen, published one of his most memorable stories: “The Emperor’s New Clothes.” Appearing at the same time as another of his noted fairy tales, “The Little Mermaid,” that endearing story of pomposity and pretentiousness, finally revealed as one of a public convinced by fakery, has been translated into over 100 languages.

Children everywhere since have read it and heard it. It’s one of those quaint little stories from our past we were exposed to, we picked up, or maybe our parents told us.

Commentators have sometimes used the tale as a metaphor. In that sense it can mean the ability of adroit and cunning public opinion leaders—especially politicians and TV newscasters—to convince people to believe what they say and ignore what we actually see. In common modern parlance: “Who you gonna believe, what I say or your lying eyes?”

As a parable, in our contemporary age, it perhaps has more relevance than ever before.

Just recently several news outlets reported on a major artistic event which occurred in Italy…or should I say, a kind of mindless replication of Andersen’s tale of “The Emperor’s New Clothes”?  You see, noted Italian sculptor Salvatore Garau just sold his latest “object d’art,” an “invisible” sculpture for the fat price of 15,000 Euros ($18,300 US). Titled “Io Sono” (Italian for “I am”), the sculpture is “immaterial,” meaning that the sculpture does not actually exist. It’s invisible. The buyer paid $18,300 for…nothing…only receiving a “certificate of authenticity” for his Euros!

Garau defends his “artistry” and the high price, telling reporters that his work of art is not really “nothing,” but a “vacuum.”  And a “vacuum is nothing more than a space full of energy, and even if we empty it and there is nothing left, according to the Heisenberg uncertainty principle, that ‘nothing’ has a weight…Therefore, it has energy that is condensed and transformed into particles, that is, into us.” Additionally, the now-purchased “creation” (if we can call it that), according to Garau’s strict instructions, “must be displayed in a private home free from any obstruction, in an area that is about 5 ft. long by 5 ft. wide.” No doubt, the new owner will want to proudly offer visitors an unobstructed and admiring view of his purchase.

Let me add, this is not the first such sculpture Garau has produced; even more striking, if I can use that word, is his “Buddha in Contemplation,” which is now displayed (sorry for the physical description!) in the historic Piazza della Scala, in Milan, Italy (photo above). For this “object d’art,” since it cannot be seen, its “location” is taped-off—obviously to prevent curious viewers from bumping into it. In Garau’s words:

“Now it exists and will remain in this space forever. You do not see it but it exists. It is made of air and spirit. When I decide to ‘exhibit’ an immaterial sculpture in a given space, that space will concentrate a certain amount and density of thoughts at a precise point, creating a sculpture that, from my title, will only take the most varied forms.”

Ah, yes, and the propinquity of “Buddha in Contemplation” to one of the most historic and fabled opera houses in the world, the Teatro alla Scala, cannot but be noticed.

Regarded as perhaps one Italy’s supreme artistic treasures, arguably the leading opera theater in the world (along with the Vienna Staatsoper, the Metropolitan in New York, and the Bolshoi in Moscow), La Scala was built under the inspiration of the Empress Maria Theresa and inaugurated in 1778. The opera house has produced major works of musical art for 243 years. Equally, from an architectural viewpoint, it is quite stunning in its classical style, a remarkable icon of Western culture and tradition.

Reading this account, I remembered as a youngster experiencing the joy of discovering and listening to music, especially the great classical music of Western civilization.

I would do that in some curious ways.

Like a lot of boys my age, we would watch “The Lone Ranger” or “Sergeant Preston of the Yukon” on our little black and white TVs. For me the beginnings of my musical education had a lot to do with the music I heard played for those programs. Who can forget the stirring opening strains of “The Lone Ranger,” with its dramatic call, “Hi! Yo! Silver,” accompanied by the gallop of Rossini’s overture to “William Tell”? You could get an entire musical education listening to the background music of “The Lone Ranger.” Or, Emil von Reznicek’s delightful “Donna Diana” overture introducing each week the exploits of Sgt. William Preston, his dog King, and horse Rex?

During my first summer job for the North Carolina State Archives, I became friends with a person equally interested in classical music. One day he could not wait for me to “hear” his latest discovery: a 1952 work by American composer John Cage, his composition 4′33″, which is performed in the total absence of sound!  Musicians who present the work do nothing aside from being present for the duration specified by the title. The content of the composition is the sound of the environment heard by the audience during the performance, nothing else! I kept waiting in vain for an instrument to break in, something, anything…but just silence, and maybe a distant cough or muffled sneeze to punctuate the piece.

I thought: maybe I could write something just as good, and receive a hefty stipend like Cage would probably have gotten? I bet that my “nothing” would have been better than his!

Reading the account of Garau’s sculpture put me in mind of John Cage: we increasingly live in an age of “the emperor’s new clothes.” And we do that especially in what has become of—what we have done or allowed to be done to—our culture, our cinema and entertainment, and in the more generally, in the “fake news” that dominates our airways.

Music, architecture, painting, sculpture, and the arts in far too many cases no longer have roots in the traditions, history and culture of a people. Whereas Johann Sebastian Bach’s cantatas drew from the chorales and music of his German homeland, and built upon long and cumulative traditions of Western music, our modern artists it seems take delight in severing themselves from the culture they have inherited. In too many cases they create in rebellion, in rejection of what they have received, of the two millennia vouchsafed to them as a trust. And in so doing, they also disconnect themselves from the lived traditions and the wisdom of historic society, where our artistic heritage organically developed.

Now, with that separation, and lacking the recognition and appreciation of our civilization’s inheritance, we are starved for true greatness. Real inspiration in the arts has largely dried up, or, worse, become “Buddha in Contemplation” or “4’33”—a rotten porridge in lieu of what our ancestors confected and passed on to us as a trust.

Just watch a PBS “Great Performances” these days…or try to find a radio station, especially a commercial one that programs classical music. Even “educational” or university-connected stations have stopped doing that.

Have you been to an art museum lately and seen the accretions of “modern art”?

A culture—and its artists—which cuts itself off from its past, which rejects and debases it, will eventually dry up and die, its inspiration scattered and corrupted. Instead of “standing on the shoulders of giants,” as 12th century philosopher Bernard of Chartes declared that we must, and adding thereto, we despoil—and enable educators and politicians to destroy—our civilization and its culture. They are disparaged as “racist” and the product of “white supremacy” and hegemony, which must be canceled, banned, torn down, or ripped out. Far too many of our fellow citizens now think that way thanks to our educational system.

Too often these days I hear the echo of William Butler Yeats in his prophetic poem, “The Second Coming” (1919):

Mere anarchy is loosed upon the world,

The blood-dimmed tide is loosed, and everywhere

The ceremony of innocence is drowned;

The best lack all conviction, while the worst

Are full of passionate intensity.”

Our choice, then, is either to disappear into the pages of history, scorned and reviled by future generations, or, to fight like hell for our patrimony, our inheritance—because it is worthy of the fight, because it is glorious, and because it is ours.

We may not see victory in our lifetime or in our children’s, but Yeats’s words later in his poem point the way to our Hope, if we persevere:

“Surely some revelation is at hand;
Surely the Second Coming is at hand….”