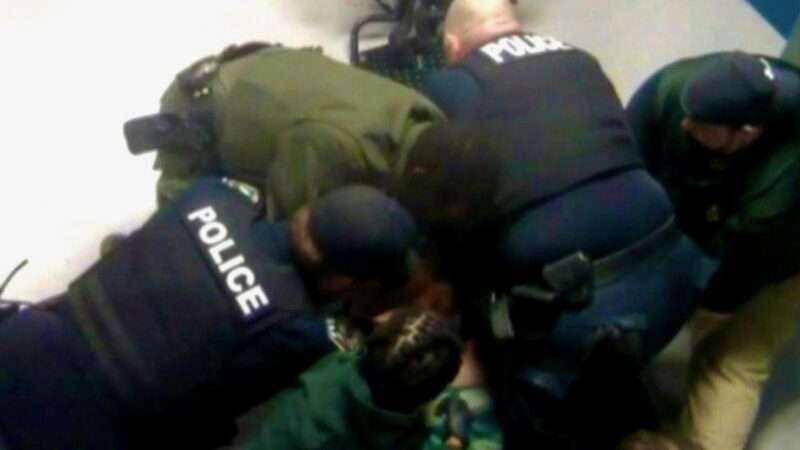 William Jennette was arrested on charges of public intoxication, indecent exposure and resisting arrest and booked into the Marshall County, Tennessee, jail, where he reportedly began hallucinating. When he started banging his fists on the door of his cell, jailers tried to get him into a restraint chair. When he refused to comply, they pinned him face first on the floor for some four minutes. He told them three times that he could not breathe. They didn’t immediately turn him over. Instead, one deputy told him “You shouldn’t be able to breathe, you stupid little bitch.” According to a lawsuit filed by his daughter, Jennette’s body was “purple and lifeless” by the time they rolled him over. A medical examiner ruled Jennette’s cause of death was homicide, with asphyxia ruled a contributing factor. None of the officers who pinned him down were charged with a crime.