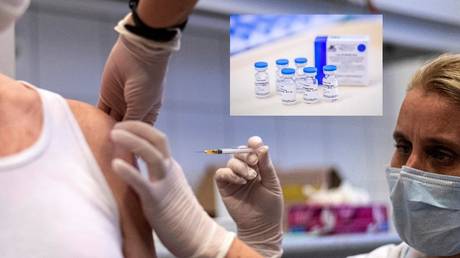 Hungary’s government is essentially calling “scoreboard” on its vaccine critics, reporting positive efficacy data for the five Covid-19 jabs offered in the country, including Russian and Chinese shots that aren’t yet EU-approved.

The statistics, showing the number of people infected with Covid-19 or dying from the virus following vaccination, was released on Sunday by Viktor Orban’s administration. It came as a response to the criticism surrounding the vaccination campaign, which the Orban government has labeled an “anti-vaccination” effort by leftist opponents.

Notably, the data suggested that Sputnik V has so far had the safest record of all the Covid-19 vaccines used in Hungary – the first EU member to begin vaccinating with the Russian vaccine despite no approval from Brussels.

“Leftist political forces continue their anti-vaccination campaign in many ways,” the government said in a Facebook post. “One form of this is to question the effectiveness of certain vaccine types. This is why the government discloses the infection and death data after vaccinations. This data shows that every vaccine used in Hungary provides effective and strong protection against infection.”

We ask everyone to take advantage of the possibility of vaccination. Vaccination saves lives.

The data, which spanned the Covid-19 inoculations administered in Hungary from last December through April 20, showed that a rate of only 95 per 100,000 people became infected with Covid-19 after being fully vaccinated with Sputnik V. That compared with an average rate of 408 per 100,000, including 555 per 100,000 among those who received Pfizer-BioNTech shots, 700 per 100,000 who were given AstraZeneca’s vaccine, and 177 per 100,000 for those who received doses from Moderna.

The results were encouraging across the board, with just 0.4% of fully vaccinated Hungarians becoming infected with Covid-19, but Sputnik V was seemingly the biggest winner. Just one patient per 100,000 people inoculated with the vaccine caught Covid-19 and died, compared with an average rate of 20 per 100,000 and Pfizer-BioNTech’s rate of 32 per 100,000.

This data confirms the April 22 statement by Hungary’s PM chief of staff Gergely Gulyás: “Sinopharm is better than Pfizer while #SputnikV is the best.” Also, based on this data Pfizer has x5 higher death rate than AstraZeneca.https://t.co/cG01ppXeUo

However, while the data is illuminating – especially given that Hungary defied the EU on Sputnik V and Sinopharm, and offered one of the most diverse slates of Covid-19 jabs in the world – it’s not air-tight or conclusive. It doesn’t account for such variables as how the different vaccines are being administered, including which jabs have been given to a relatively high proportion of high-risk people.

Also, until around March, only Moderna and Pfizer were used, and mostly in healthcare and residential homes, where infections are more widespread

Hungary started using Sputnik V in February. Orban, who has a history of clashing with the EU, was criticized for offering a vaccine without the European Medicines Agency giving its blessing, and for potentially undermining the bloc’s coordinated vaccination efforts. But with the EU vaccination rollout lagging behind those in the UK and the US, he made no apologies for putting the lives of his constituents first.

“My opinion is that what I need, and what the Hungarian people need, is not an explanation but a vaccine, and if it is not coming from Brussels, then it must come from elsewhere,” Orban said in January. “It cannot be that Hungarian people are dying because vaccine procurement in Brussels is slow.”

Nearly 40% of Hungarians have received at least one Covid-19 vaccination shot, the highest rate in the EU. An extrapolation of the efficacy data that was released on Sunday showed that some 212,000 people have been fully vaccinated with Sputnik V, the third most commonly administered of the five shots. Pfizer-BioNTech leads with 549,000, followed by Sinopharm at 490,000.

Also on rt.com
‘Sounds like a normal life’: Hungary heads towards further reopening of economy as it approaches 40% inoculation rate