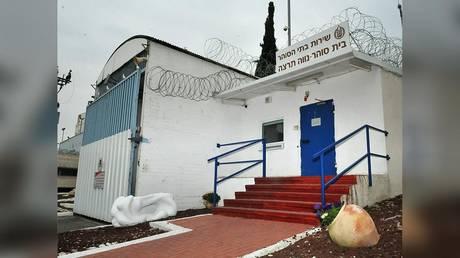 A transgender woman who suspended hormone therapy was forced to spent 10 days isolated in a men’s prison in Israel, after officials argued she wasn’t suited to a women’s jail, a report says.

The newspaper Haaretz reported that the inmate, identified in the media only as L., was transferred from Neve Tirtza, Israel’s only women’s prison, to Nitzan, a men’s jail, on March 29.

The inmate had initially arrived at the women’s prison and spent five days there in isolation, which is the time given to authorities to decide on where to house transgender people. Officials later decided to relocate L., citing her “masculine appearance.”

A prison legal service adviser, Michael Avitan, described the inmate using male pronouns and told the Tel Aviv Magistrates’ Court, which had previously ruled that L. should be returned to Neve Tirtza, that a women’s jail was “not appropriate for his needs.”

According to Haaretz, the country’s prison regulations allow cases of transgender inmates to be considered on an individual basis, which includes an appraisal of their “appearance” and “the stage of gender identity assignment” they have reached.

L. was said to have stopped taking testosterone blockers and estrogen after a suspected allergic reaction to one of the hormones. The paper cited a letter from her doctor asking that the prison authorities “treat her as a woman.”


The inmate was ultimately allowed to remain in a women’s jail after her lawyer appealed to Israel’s Supreme Court. At that point, L. had already spent 10 days in isolation in a men’s prison, which was against regulations, Haaretz said.

L. was arrested on March 22 for allegedly trying to extort money from ultra-Orthodox Jewish men in Tel Aviv who had sex with prostitutes. She denies the charges.

Since 2016, transgender inmates must be placed in isolation only for disciplinary offenses and not held there indefinitely as a precaution. They are allowed to participate in all prison activities alongside cisgender inmates.

The issue of transgender prisoners was in the spotlight in California this month, where a new law allows for the transfer of transgender and non-binary inmates to jails that correspond with their identification. More than 260 such requests have been received since the beginning of this year, and four have already been granted, according to California corrections officials.

The Los Angeles Times reported that, while some transgender women were relieved to escape the dangerous environment of a men’s jail, inmates in women’s prisons were worried that the arrival of such prisoners would increase the violence in their own institutions.

A Closer Who Look At Who Made The Cut For the SCOTUS Commission, and Who Didn’t – Reason.com