Washington’s Follies Are Dangerous to Us and to the World


A country without a media is lost to the follies of its government, and that is precisely the position of America today.  In the nuclear era, the entire world is at the mercy of Washington’s follies.  At the present moment the incompetent fools that an insouciant American public permits to rule them are preparing nuclear Armageddon by placing offensive missiles on Russia’s border.

By using their media whores to brand President Trump a “Putin stooge” and “Russian agent,” the military/security complex managed to force President Trump to accept the demise ot the stabilizing INF Treaty.

Having got rid of the Treaty, Washington is now talking about putting missiles on Russia’s border.  The only purpose of such missiles is to enable a first strike.  In other words, the Kremlin sees the missiles as a prelude to an American first strike.

Russia does nor have a hostile ideology or any plans or aspirations to militarily conquer the West.  This makes Washington’s constant name-calling and false accusations look like propaganda intended to justify an attack on Russia.  This is extremely irresponsible.  If the Russians see the situation this way, the Kremlin is unlikely to sit waiting on an attack.

Washington’s European puppets whom insouciant Europeans permit to govern them are stupid beyond belief it they permit Washington to locate offensive missiles in their countries.  The consequence will be that all major European and British cities will be targeted by Russia.

The neoconservatives cheered when the INF Treaty was dissolved by Washington.  Why cheer a dramatic strategic error that maximizes the chance of war?  Instead, there should be widespread demand for reinstating the treaty by foreign policy experts.  The trouble is that the West has propagandists, not experts.  So-called Russian experts are truthfully Russiaphobic.  They write from the standpoint that all is Russia’s fault.

For example, consider the consequence of the mindless guarantee given to Ukraine that America will come to their aid if Ukraine renews its invasion of Donbass and Russia intervenes.

Russia knows how crazy the Ukrainian government is and is rightly concerned that the guarntee will lead to a renewed attack on the Russian people in Donbass.  The Kremlin’s response was to try to forstall an attack by rushing military forces to the Ukrainian border.

How did the US government and so-called “Russian experts” respond?

The election thief in the White House called the Ukrainian president and affirmed “the United States’ unwavering support for Ukraine’s sovereignty and territorial integrity in the face of Russia’s ongoing aggression in the Donbas and Crimea.” 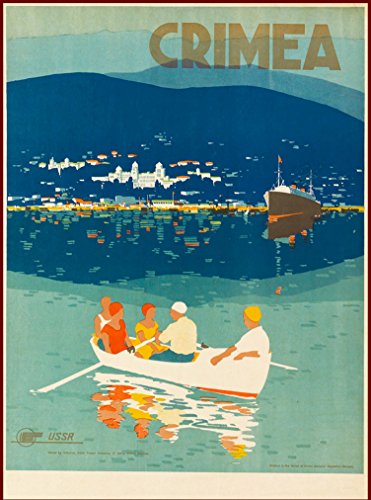 A SLICE IN TIME Crimea…

The pathetic Peter Dickinson an “expert” at the Russiaphobic Atlantic Council ignores the US buildup of Ukranian military forces in preparation for renewed attack on Donbass and singles out Russia’s defensive response to the threat as raising the specter in the “international community”—Washington always claims that Washington speaks for the world—of a “Russian offernsive that could push beyond the areas of eastern Ukraine” and conquer Ukraine. The two-bit propagandist Dickinson blames Russia for “ dramatic escalation” and asserts “a number of factors point to the possibility of a looming Russian offensive.”

Dickinson incorrectly attributes the breakaway Donbass republics’ defense against Ukrainian attack as Russian military action.  That he would state such an obvious untruth is proof that he knows that America has no real experts to correct him.

Dickinson demonstrates that his colleagues at the Atlantic Council are as dishonest as he.  His colleague John Herbst attributes “brinkmanship in Ukraine” not to the American guarantee intended to encourage Ukrainian aggression against Donbass, but to Russia’s response to the guarantee.

In the United States Russian Studies has been corrupted by payoffs. You can’t be a Russian expert unless you are Russiaphobic. A balanced view is an indication of a Trump supporter, and the person would be hounded out of the university.  Unlike during the 20th century Cold War, there is no discussion and no one to put the brakes on a provocative policy that will lead to war.

“On March 24th, Ukraine’s President Vladimir Zelensky signed what was essentially a declaration of war on Russia. In the document, titled Presidential Decree No. 117/2021, the US-backed Ukrainian leader declared that it is the official policy of Ukraine to take back Crimea from Russia. 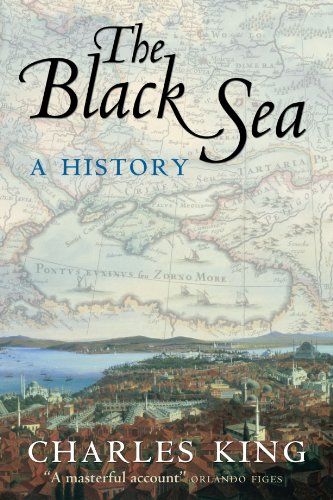 “The declaration that Ukraine would take back Crimea from Russia also followed, and was perhaps instigated by, President Biden’s inflammatory and foolish statement that “Crimea is Ukraine.”

“US Secretary of State Antony Blinken, who was a chief architect of the US-backed coup against Ukraine in 2014, continued egging on the Ukrainians, promising full US support for the “territorial integrity” of Ukraine. Many Americans wonder why they are not even half as concerned about the territorial integrity of the United States!

“Not to be outdone, at the beginning of this month US Defense Secretary Lloyd Austin – who previously served on the board of missile-maker Raytheon – called his counterpart in Ukraine and promised ‘unwavering US support for Ukraine’s sovereignty.’ As the US considers Crimea to be Ukrainian territory, this is clearly a clear green light for Kiev to take military action.

“Washington is also sending in weapons. Some 300 tons of new weapons have arrived in the past weeks and more is on the way.

“As could be expected, Moscow has responded to Zelensky’s decree and to the increasingly bellicose rhetoric in Kiev and Washington by re-positioning troops and other military assets closer to its border with Ukraine. Does anyone doubt that if the US were in the same situation — for example, if China installed a hostile and aggressive government in Mexico — the Pentagon might move troops in a similar manner?

“But according to the media branch of the US military-industrial-Congressional-media complex, Russian troop movements are not a response to clear threats from a neighbor, but instead are just more ‘Russian aggression.’”

Crimea has been part of Russia since 1783.  In 1954 when Russia and Ukraine were part of the same country, Crimea was attached to the Ukrainian province of the Soviet Union. When the Soviet Union collapsed, the US using Yeltsin began dismantling the Soviet Union, making independent countries of many Soviet and formerly Russian provinces. The Ukraine was split off from Russia and made an independent state in 1991. Crimea was organized as an Autonomous Republic and Russia retained the right to continue basing its fleet in Crimea under long-term treaty.

When the US overthrew Ukrainian president Yanukovych and installed a puppet government, Crimea voted to be reunited with Russia and was.  The puppet government in Kiev provoked the withdrawal of Crimea and Donbass from Ukraine by reprisals against Russians and by abolishing the official use of the Russian language.

Washington was very frustrated by its failure to deprive Russia of its Black Sea naval base, and has been doing all it can to provoke conflict between Ukraine and Russia for the past  seven years.

It is a mystery why Russia has put up with this.

At some point patience wears out.  If Washington misjudges that point, hell will come to breakfast.

UPDATE:  It is 1939 and the “Polish Guarantee” all over again

Moscow warns of ‘measures’ against any Western troop deployment in Ukraine, as Kiev cites guarantees of US support in a conflict