You Can’t Win. Don’t Even Try!


Imagine you find a prisoner in an unlocked jail cell. Confused, you ask him why he’s sitting there when the door to his cell isn’t even locked.

You assure him it’s unlocked and ask again why he doesn’t leave.

“Why bother? They’ll probably catch me before I get out.”

You look around in confusion. You explain to him that this isn’t even a prison. That he’s simply been told to wear an orange jumpsuit and stay in an unlocked room, but he doesn’t have to comply. All he has to do is leave.

“Even if I get away, they’ll just find me and bring me back here. Might as well just stay put.”

Do you think this story is ridiculous? Of course it is. But the situation it details is all too true. In fact, researchers have known for half a century the mechanism by which people can be made to effectively lock themselves up inside their own mental prison…and it didn’t take long for the intelligence agencies to put that research to use.

Today, let’s explore the startling true story of how and how the public has been conditioned into a (false) sense of helplessness, and — more important by far — what you can do to break that conditioning. 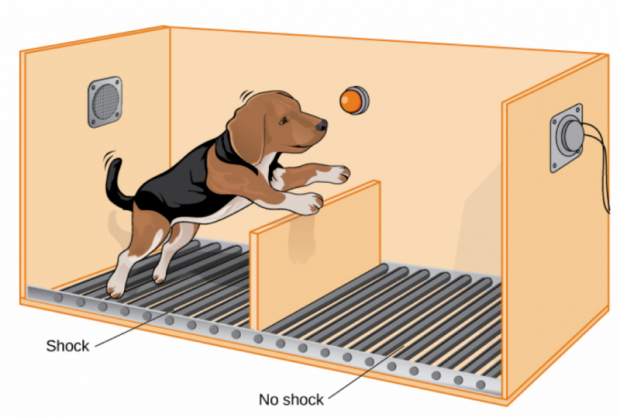 If the story of the prisoner who won’t escape his unlocked jail cell sounds outlandish, consider the story of The Elephant and the Rope. Short story even shorter:

In India, elephant handlers often train baby elephants to be submissive by chaining them to a post. They’ll fight with all their will to break free. Day in and day out they’ll try, but eventually they just give up. When the baby elephants become adults they no longer need chains to be tied in place; just a thin rope will do.

Now, if that sounds like a cruel thing to do to an elephant, you’re right. But it’s also effective. Massive, powerful adult elephants can be kept in place with a flimsy rope simply because they have been conditioned since birth to believe that they can’t break free of their tether.

But like many things that are obvious to those who work with the natural world, this insight had to be “rediscovered” in the lab by some graduate students in psychology. In this case, Martin Seligman, a psychologist at the University of Pennsylvania, conducted a series of experiments in the late 1960s that essentially replicated this elephant and the rope phenomenon.

Entitled “Learned Helplessness,” his 1972 paper outlining this research showed how Seligman and his team had subjected two sets of dogs to painful electric shocks.

The second group of dogs were placed in what Seligman described as a “Pavlovian hammock” from which they could not escape the shocks however much they struggled. This set of dogs reacted completely differently from the control group when placed in the shuttle box. Fully two-thirds of this group did not even try to escape the shocks and thus never discovered that they could avoid them altogether by crossing the barrier. They simply lay down, whining, until the shocks ceased.

The lesson of this experiment is seemingly straightforward: “By our hypothesis, the dog does not try to escape because he expects that no instrumental response will produce shock termination.” In other words, if you want to induce complete helplessness in a dog, condition them to believe that nothing they do will make any difference.

But, as I noted in my video on Mouse Utopia and the Blackest Pill, animal experiments are never really about animals. They’re about humans. In this case, too, the point was not to learn how to induce helplessness in dogs, but to learn how that state of helplessness (aka depression) is induced in humans.

So how long do you think it took for the CIA to start weaponizing Seligman’s research for use against its enemies? If your answer was “three decades,” then you win a prize!

Yes, by the time the war (of) terror came along, the Criminals In Action were using Seligman’s experiments as a how-to guide in their illegal torture program.

A Government of Thugs, by Thugs, for Thugs