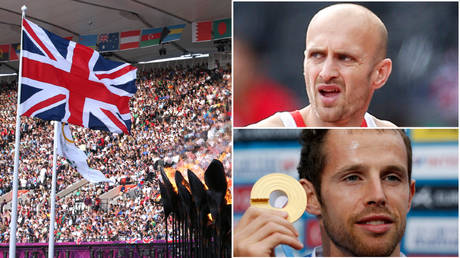 A major newspaper investigation in the UK has found that a pair of athletes, whose accolades include being part of Team GB at the 2012 Olympic Games, were allowed to arrange their own lab analysis following positive drug tests.

2012 European champion hurdler Rhys Williams and Gareth Warburton, a multiple medalist at middle distance, were both found to have breached doping laws in 2014 when the black market steroid Dienedione showed up in their systems.

Later, however, they were permitted to arrange private testing of the supplements they protested had been contaminated, with the subsequent findings showing that they were “clean and contamination-free at source.”

According to a wide-ranging Mail on Sunday report, UK Anti-Doping (UKAD) allowed  supplement salesman Darren Foote to have the products tested in a lab recommended by them without any oversight from the authority.

At the athletes’ hearing, the pair’s nutritionist testified that private tests had shown that the supplements contained banned steroids. This week, we did what UKAD should have…we contacted the manufacturers. When the supplement blends left their facility they were clean. pic.twitter.com/2pTlbPYdUX

The nutritionist also gave misleading, if not ‘untrue’, testimony to the tribunal.This story comes after @sportingintel revealed last week that UKAD allowed British Cycling to perform private drug testing after traces of a banned steroid were found in a cyclist’s doping sample.

That testing, in September 2014, showed signs of contamination – but the report has revealed that the firm who manufactured the range had carried out later tests, showing that the batch the case centered on was not contaminated when it left their production base.

The news has rocked British athletics and put UKAD under even more pressure, following a story last week that the World Anti-Doping Agency (WADA) has launched a probe into British Cycling being allowed to conduct their own drugs investigation in an unauthorized lab, including private urine testing.

Luis Horta, an ex-WADA lab boss, was particularly critical of the scandal. “In my opinion, the evidence is only valid if the chain of custody of the supplements is established,” he said. “It is crucial and can be perverted.

“If one person is in charge of the production or sale or the commercialization of the nutritional product, that’s not the right person to request the analysis of the products or send the products to the laboratory because he has a conflict of interest in the case.”

When asked by the Mail whether a re-investigation would be opened due to the findings, a UKAD spokesman said: “Whenever anyone has evidence that could be of interest about a potential anti-doping rule violation, then UKAD would always encourage them to provide that to us.”

UKAD are currently under investigation by the World Anti-Doping Agency. As always, if you have information about doping in British sport, or global sport, that you think should be investigated further, please reach out on [email protected] or to @sportingintel.

Many readers took to social media to question the body’s conduct. “Again, a great doping story by [the Mail],” remarked one.

“Question: How big is this problem? There are numerous cases in which athletes have successfully argued with contamination of legal products.

“Can the chain of evidence always be manipulated so easily by athletes? What control do national anti-doping authorities exercise?”

“UKAD are awesome,” quipped another sarcastically. “Dope with impunity and if you get caught, blame the cereal you had for breakfast.”

This latest egg on the face of the authority and British sports follows the shocking expose of cycling’s ‘dodgy doctor’ Richard Freeman.

Also on rt.com
Sanctimonious UK has its own dodgy doctor & full-blown doping row – let’s see if quest for the truth is as loud as with Russia

The Legal Complexities in Rotenberg v. Politico—#1332 Might Surprise You! – Reason.com