I am not an Anti-vaxxer. I believe that many vaccines have improved the lives of the human race, reduced suffering and prevented death since Edward Jenner developed the world’s first vaccine in 1798 using cowpox to prevent smallpox based on a traditional treatment known as variolation.

When a young lady, who is very close to my heart, developed the rare condition of Lupus following her HPV vaccination in secondary school, I began to look closer into the possible risks and side effects of all medicines and became pharmaceutical (not just vaccine) hesitant. While this young lady may now be well protected against cervical cancer due to her HPV vaccination, she now has another serious illness to deal with in its place requiring complex ongoing monitoring and treatment for the rest of her life.

All pharmaceuticals whether used to protect against or treat illnesses have side effects no matter how insignificant they are and we must be given full disclosure no matter how rare they might be. We must also be fully informed regarding the realistic probability of potential benefits, so we may conduct personalised risk-benefit analysis and make our own decisions on whether to use pharmaceuticals or adopt other treatment methods. 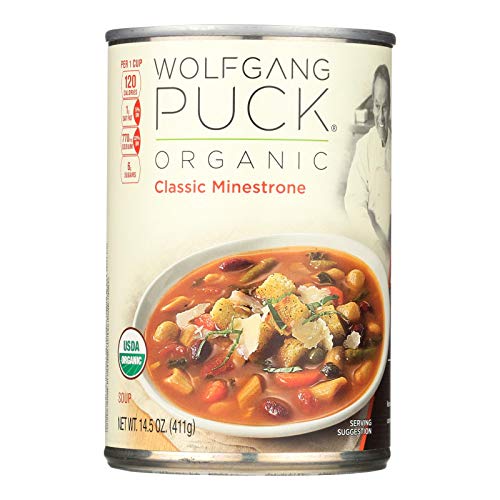 For complete confidence in any pharmaceutical, the product must have its efficacy and safety rigorously trialled and tested with full disclosure of the results before widespread use in the general population. I am hesitant about the various COVID-19 novel vaccines because they have been brought through Phase 0, I & II trials in record time and Phase III trials are now being conducted on millions of human beings in the current emergency rollout without full knowledge of the large scale or long-term effects of these vaccines. Phase III trials would normally be conducted in smaller groups over a longer period in case there are any serious unknown side effects. It would be therefore reasonable to expect discovery of some unknown side effects and adverse reactions during the current large scale emergency rollouts of the various COVID-19 novel vaccines which are effectively Phase III trials.

To ensure safety while carrying out an unprecedented, rapid and widespread Phase III trials on millions of humans such as the ongoing COVID-19 novel vaccine rollouts, I would have expected that a Global enhanced and well-structured pharmacovigilance risk monitoring and assessment programme should have been put in place to ensure fast responses if any side effects or adverse reactions were identified, or even suspected. From what is emerging, this appears not to be the case. It appears that the normal bureaucratic pharmacovigilance procedures which are employed in individual countries during a standard Phase IV (post-marketing) trial is all that is in place at this time.

The most severe side effect or adverse reaction from any pharmaceutical during trials would be death. I would have expected that during the current Phase III trials / fast-tracked vaccine rollouts that mortality would be very closely monitored for that reason. Unfortunately, many countries do not have a system of live daily or weekly monitoring of deaths. In Ireland deaths are not legally required to be registered for up to 3 months and many registrations actually take much longer in practice. During genealogy research, I personally discovered the death of a woman in 1982 in her 40’s which occurred in acute Irish hospital after a heart attack which is still not registered until this very day for no obvious reason. The death registration index books in the GRO research room have pages and pages of handwritten late registrations inserted in the back of the books, I once found one death which was registered over 100 years after it occurred. 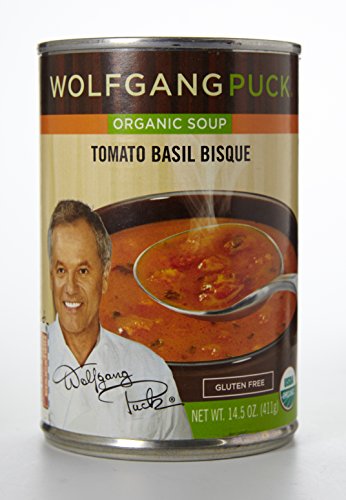 The GRO can provide updates of numbers of deaths registered each month, however the date of occurrence of those deaths is an average of 50 days earlier. The CSO takes 21 months after a year ends before they issue their annual report. Therefore, in Ireland, we cannot know if any sudden factor such as a novel or re-emerging disease, war, violence, accidents, suicides, side effects or adverse reactions to new pharmaceuticals, etc, have suddenly increased our current death rate. In other words, in Ireland, there is no alarm system for sudden increased mortality to warn us that something has gone seriously wrong in our nation’s health. It could be months before we realise that there is a major healthcare issue in Ireland for this reason. In fact, dat.gove.ie COVID-19 death figures indicate the peak in COVID-19 deaths occurred on w/e 26 Apr 2020, however that data completely fails to indicate the actual peak of the excess deaths which occurred 2 weeks earlier on w/e 12 April 2020. This lack of vital up to date mortality data undoubtedly caused a delay in implementation of emergency health protection measures resulting in many unnecessary deaths.

As a result of my knowledge of the lengthy Irish process of registering deaths gained while I practised my genealogy hobby, I became concerned during the “first wave” that the large number deaths being attributed to COVID-19 by NPHET on the nightly RTE news may not accurately reflect true excess deaths, or if true, could be due to other unknown and more serious causes or factors. Antidotally the evidence I was receiving from family, friends, work colleagues and my own observations in the hospital where I work made me sceptical that the large numbers of COVID-19 deaths being reported were not actually excess deaths and were not above normal for a flu season. I began to look at the available GRO death registration but that data was not current and of no use.

Last May a few of Irish University Professors began publishing articles in the media predicting huge numbers of excess deaths based on estimates from death notices posted on the rip.ie website. I contacted these professors and challenged their estimates and they all agreed that their estimates were most likely very high due to duplicate notices and deaths out of state being published on the rip.ie website, however they refused to correct or retract their published articles. 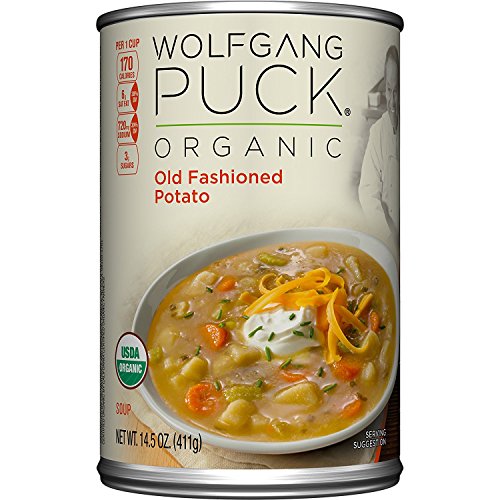 Later in 2020 I became aware that John Flanagan of the Irish state Central Statistics Office (CSO) had successfully experimented using rip.ie death notices and I contacted him by email and phone. John outlined the labour-intensive method he employed on his own personal time at home reading every death notice to “clean” notices of duplicates and out of state deaths. He benchmarked his estimates against previous annual CSO death reports and found them to be within 99%. However, his invaluable experiment was abruptly terminated by the CSO in Sep 2020. I was encouraged by his work and developed my own very simple and fast automated method of simply cleaning the notices and recording the published date of notice and benchmarked my results to a similar 99%. This enabled me to confirm that the excess deaths in 2020 were far lower than the deaths claimed by NPHET as COVID-19 deaths.

Word slowly spread around the internet of my work and I was contacted by Health Freedom Ireland (HFI) in Feb 2021 who had noticed a worrying sudden increase in deaths in Irish nursing homes on rip.ie from the start of the rollout of the COVID-19 vaccination schedule. I quickly modified my data collection system to read the notice for each death automatically and record the date of death and identify whether the death occurred in a nursing home. I was then able to allocate / code each death to one of the 572 HIQA registered nursing homes. We now have a 99% accurate, up to date, database of deaths in Ireland 21 months before the CSO publish their data.

I was able to validate the nursing home death trends that HFI had identified and assisted them in formatting the data and submitting it in letters on 9 Mar 2021 to: – 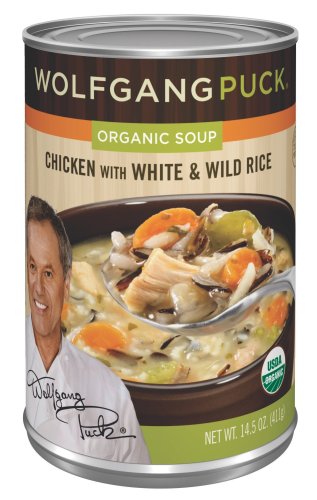 All of the above members of the Government, Civil and Public Servants abandoned their duties and responsibilities and failed to respond to our urgent appeal to suspend the vaccination rollout until a full investigation into the excess deaths in nursing homes was completed. HFI later copied all members of Dáil Éireann and the Seanad Éireann with the letters who have also failed to respond.

On 18 Mar 2021, I personally wrote to the Head of the Pharmacovigilance Risk Assessment Committee (PRAC), European Medicines Agency (EMA) and their official, Inga Abed (Stakeholders and Communication Division), responded on 25 Mar 2020 stating that the issue was the responsibility of the Irish HPRA, I forwarded this email to Dr. Nolan of the HPRA who has again not responded to me.

We have identified at least 500 excess deaths which occurred in the 572 HIQA registered nursing homes over a 6-week period that are in excess of normal indicating that those deaths are suspicious. Records of 47 of those deaths that we have obtained do not adequately indicate the causes of death in compliance with the statutory requirements meaning that the deaths are not explained and should have been referred to the coroner as should any death which occurs in a nursing home.

On 15 Mar 2020, I personally wrote to Assistant Commissioner John O’Driscoll Garda National Bureau of Criminal Investigation requesting an investigation into the recent suspicious deaths in Irish nursing homes and received a response from D/Chief Superintendent Walter O’Sullivan on 29 Mar 2021 stating that it is the duty of the coroner to inquire into the circumstances of these deaths. I Wrote to the Coroner Service Implementation Team at the Department of Justice on 01 Apr 2021 requesting an inquiry into these excess deaths and await their response.

Mask Mandates at Work May Be an Opportunity