How Living on a Socialist Kibbutz Reveals the Value of Private Property – Reason.com 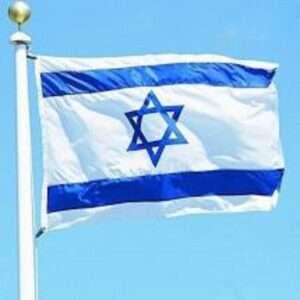 In an interesting recent article, Dartmouth economist Meir Kohn describes how he gradually shifted from being a socialist to eventually becoming a libertarian. A key role was his experience of living on a kibbutz, the famed Israeli socialist agricultural settlement:

A kibbutz is a commune of a few hundred adults, plus kids, engaged primarily in agriculture but also in light industry and tourism. Members work wherever they are assigned, although preferences are taken into account. Instead of receiving pay, members receive benefits in kind: they live in assigned housing, they eat in a communal dining hall, and their children are raised communally in children’s houses, and can visit with their parents for a few hours each day. Most property is communal except for personal items such as clothing and furniture, for which members receive a small budget….

Kibbutz is bottom‐​up socialism on the scale of a small community. It thereby avoids the worst problems of state socialism: a planned economy and totalitarianism. The kibbutz, as a unit, is part of a market economy, and membership is voluntary: you can leave at any time. This is “socialism with a human face” — as good as it gets.

Being a member of a kibbutz taught me two important facts about socialism. The first is that material equality does not bring happiness. The differences in our material circumstances were indeed minimal. Apartments, for example, if not identical, were very similar. Nonetheless, a member assigned to an apartment that was a little smaller or a little older than someone else’s would be highly resentful. Partly, this was because a person’s ability to discern differences grows as the differences become smaller. But largely it was because what we received was assigned rather than earned. It turns out that how you get stuff matters no less than what you get.

As Kohn explains, the kibbutz experience did not lead him to become a libertarian (that came later). But it did persuade him to reject socialism.

Kohn is far from the only person who reached that conclusion after getting a taste of kibbutz life. Margaret Thatcher’s daughter Carol had a similar reaction after spending some months as a volunteer living on a kibbutz. The experience left with her with an “unromantic view of the kibbutz,” and (as her father, Denis Thatcher put it), “inoculated [her] against socialism.”

Over time, the flaws of the socialist kibbutz model became sufficiently glaring that most kibbutzim gradually abandoned key parts of the socialist model, such as equal pay, rejection of private property, and communal child-raising. See also this 2007 discussion by Nobel Prize-winning economist Gary Becker, who himself spent some time on a kibbutz during its pre-reform heyday.

In 2016, I myself visited a kibbutz as part of a trip to Israel with a group of other American legal academics. Our guide admitted that her community had abandoned several key socialist institutions over time, including communal child-raising. She herself—a socialist Zionist immigrant from Canada—decried these ideological deviations. But much of the community evidently felt they could not be avoided.

For reasons mentioned by Kohn and Becker, kibbutzim present the best-case scenario for socialism. At least initially, most participants were self-selected, highly motivated volunteers. Abuses of power and information problems typical of large-scale socialism were mitigated by the right of exit and the relatively modest scale of the community. Strong support from Israeli government and civil society helped alleviate financial and resource problems. Nonetheless, kibbutzim eventually had to adopt market incentives, expanded property rights, private child-raising, and other “capitalist” institutions in order to survive.

By contrast, Israeli “moshavim”   have been much more successful. A moshav is an agricultural settlements with private property in both houses and land, though some equipment and communal facilities (e.g. schools) are collectively owned. On the same 2016 trip, we also visited a moshav in southern Israel. The people we met seemed happy with their institutions. But our guide  lamented the fact that “the kibbutz has better PR” than moshavim do.  People all over the world have heard of kibbutzim. But hardly anyone outside Israel knows what a moshav is, except for property scholars.

Most moshavniks are far from libertarian. Many, including the ones we met, are left-wingers strongly opposed to the right-wing government led by Prime Minister Benjamin Netanyahu. But they do appreciate the benefits of individual and family autonomy, private property, and economic incentives.

The  lessons of the kibbutz and the moshav are worth remembering at a time when socialist ideology is enjoying something of a resurgence in much of the Western world. For reasons I summarized  here, many of shortcomings of full-blown socialism are also shared by the “democratic socialism” advocated by the likes of Bernie Sanders in the United States and former Labor Party leader Jeremy Corbyn in Britain.