How Immigration Restrictions Undermine the Rule of Law – Reason.com 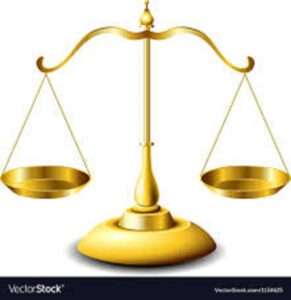 In an insightful contribution to the Yale Journal on Regulation online symposium on Adam Cox and Cristina Rodriguez’s important new book, The President and Immigration Law, UC Berkeley law Professor Daniel Farber describes how America’s system of immigration restrictions is inimical to the rule of law:

Here are the basic facts on the ground: Roughly eleven million people are living in the U.S. without legal permission, half of them having been here for ten years or more. The deportation system is capable of handling only a tiny fraction of those millions. At least for those who avoid arrest for serious crimes, deportation is seemingly a result of bad luck, aggressive enforcement officers, or shifting currents in immigration policy…

At present, Congress seems incapable of either providing a pathway to permanent status for settled immigrants or the wherewithal to deport millions of them. Staunch immigration opponents themselves seem to lack the stomach for a massive deportation program. Even our most vehemently anti-immigration president, Donald Trump, never asked Congress for the resources to identify and round up ten thousand people a day for about three years, which is what it would take to remove the current undocumented population. On the other hand, there is bitter opposition to regularizing the status of undocumented long-term residents….

Among its faults, the current system is at odds with the rule of law. The rule of law requires that government decisions deeply impacting the lives of individuals be based on a clear lawmaking process, not the discretion of executive officers. It also requires that the consequences of individual actions be predictable and clear, and that the legal system give people basic security in their ability to live their lives. No legal system can fully satisfy these aspirations, but immigration law falls dramatically short. Since any one of millions of people could be deported, none enjoy full security in their lives. As an operational matter, selection of individuals for deportation is determined by the executive branch, either at the retail level by immigration officers or wholesale through presidential policies. The statutes created by Congress tag millions of people as possible targets for deportation but fail to create workable rules for determining who actually gets deported….

The problem is not just that the system is either too draconian or too lax, depending on one’s view of immigration policy. It is also that immigration law, in practice, deviates so far from our norms about how policy should be made and how serious sanctions should be imposed on individuals. That should be a grave concern to all of us, regardless of our policy positions on immigration.

As I noted in my own contribution to the same symposium, the problem here is just one facet of the broader crisis in our legal system, where we have vastly more law—and thus vastly more lawbreakers—than even the most aggressive law enforcement officials can possibly apprehend and punish. As a result, undocumented immigrants are far from the only people who remain free only because of the discretionary decisions of law enforcement agencies, prosecutors, and other executive branch officials. The same applies to the tens of millions of Americans who have, for example, violated federal drug laws, or the many thousands of small businesses who have violated federal regulations or tax laws at one time or another. But the immigration situation is particularly problematic because of the severe consequences of detention and deportation, and the very weak due process protections for those caught up in the system.

Farber argues that there is no easy solution to the problem, though he does suggest some modest reforms. I fear he is right about that. But I do outline some incremental improvements in my contribution to the Yale Journal on Regulation symposium, including subjecting immigration policy to the same constitutional constraints that apply to virtually all other areas of federal policy (see also my 2019 Atlantic article on this subject). This would substantially reduce the extent of executive discretion and could be achieved through a combination of judicial review and legislative reform.

Ultimately, however, the best way to deal with situations where the rule of law is undermined by having too many laws, is to reduce the number of laws. In the immigration field, that means making it much easier for would-be migrants to enter legally. In the legal system, more generally, it means substantially reducing the number of laws and regulations to which people are subject.

The rule of law is not the only important principle out there, and cannot always be prioritized over other goals. I recognize that most, if not all, of these laws are on the books because they enjoy substantial support from the general public, influential interest groups, or some combination of both. All too often, both left and right are intent on imposing their preferred criminal laws and regulations on the public, while giving little if any consideration to the possible impact on the rule of law. Wide-ranging executive discretion may even be a feature rather than a bug, so long as the people in power belong to our preferred party.

It may, therefore, turn out that we simply lack the political will to make the reforms needed to restore the rule of law in immigration policy—or anywhere else. Perhaps we just don’t value the rule of law as much as the rule of men and women whose agenda we like. But, if so, we should at least recognize the tradeoff we are making, and do what we can to minimize the harm at the margin.

But it is also possible that many people simply haven’t given much thought to the tradeoffs involved. Once they do see them, they may be willing to make some sacrifices to strengthen the rule of law, even if it means some of their own preferred laws have to be narrowed or—potentially—taken off the books entirely. Here, as elsewhere, the first step towards recovery is recognizing that we have a problem.