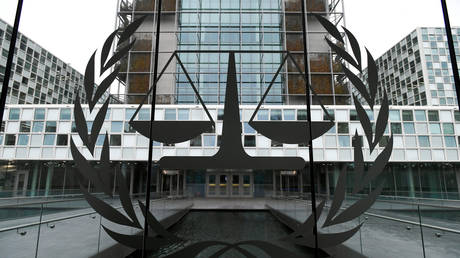 The US has lifted sanctions on an International Criminal Court (ICC) prosecutor as well as visa restrictions on other officials, calling the Trump-era actions “inappropriate and ineffective.”

In June 2020, then-President Donald Trump authorized sanctions and visa restrictions against ICC personnel in a highly controversial move. Prosecutor Fatou Bensouda – who was trying to investigate potential war crimes in Afghanistan – would go to be sanctioned, as well as ICC’s Head of Jurisdiction, Complementary, and Cooperation Division Phakiso Mochochoko. Bensouda’s US entry visa was also revoked in 2019.


In the announcement Friday, US Secretary of State Antony Blinken made clear the decision does not align the US with the ICC, but the Biden administration is not interested in retaliatory politics.

We maintain our longstanding objection to the Court’s efforts to assert jurisdiction over personnel of non-States Parties such as the United States and Israel.

“We believe, however, that our concerns about these cases would be better addressed through engagement with all stakeholders in the ICC process rather than through the imposition of sanctions,” he said.

Former Secretary of State Mike Pompeo, when he pushed the sanctions forward, blasted the ICC as “a thoroughly broken and corrupted institution” that was attempting to make “illegitimate attempts to subject Americans to its jurisdiction.”

Also on rt.com
US seeking re-election to UN Human Rights Council after Trump withdrawal, Blinken calls for expulsion of other members