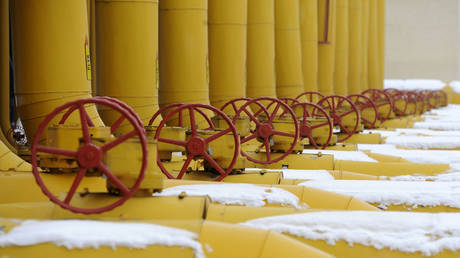 Harsh winters are always bad news for energy consumers. But they are good news for those that produce the energy that consumers use.

This winter has been no exception: harsh weather across Europe has emptied the continent’s gas storage, and now exporters from around the world are preparing to respond to the rising demand.

Bloomberg reports that Europe’s natural gas inventories are about 25 billion cubic meters below the levels from this time last year. This amount, according to the report, is equal to about a third of Germany’s annual consumption. Because Germany is the biggest consumer of natural gas in Europe, it’s quite an impressive amount.

Norway’s Equinor, the other major gas exporter to Europe after Gazprom, said it expected European natural gas demand to rise by two percent this year after dipping by four percent last year, Reuters reported recently. The company cited the mild winter of 2019/2020 and the pandemic as reasons for the decline. But this winter has more than made up for last year’s.

Europe will need to stock up some 65-70 billion cubic meters of natural gas this summer, Bloomberg reports, quoting a Russian energy analyst. If the cold weather continues, however, this will need to increase, Sergei Kapitonov from the Skolkovo Energy Center told the news agency. That’s about 60% more than what Europe needed last year to keep its gas storage facilities filled.

“Our 2021 forecast builds on a return to average heating demand through the winter season and a gradual recovery of industrial and commercial activity,” Equinor told Reuters, adding that demand would take until 2022 to return to pre-pandemic levels.

Yet, any recovery would be welcome news for gas exporters, especially if the uncomfortable storage situation makes Europeans a bit less picky about the emissions footprint of their gas. This pickiness has had the gas industry worried recently, especially after French Engie canceled a long-term US LNG supply deal because of the emissions associated with the production process.


There are also Europe’s long-term plans, which do not seem to involve any fossil fuels at all, at least according to the official at the helm of the EU’s Green New Deal, Frans Timmermans. Last week, Timmermans said that “fossil fuels have no viable future” in Europe as it strives for net-zero emissions.

But that’s over the long term, and even Timmermans admitted Europe will need fossil fuels for a while longer. Over the short term, it does not just need them; it needs them urgently. And it might have to pay more for them because of Asia.

Shell, in its latest LNG Outlook forecast, said that as much as 75% of future gas demand will come from Asia. This means that prices for the commodity will be no longer set in Europe even though it will still continue to be a substantial consumer of both LNG and pipeline gas

Read more on Oilprice.com: The future of U.S. LNG hangs in the balance

And this is not just a long-term forecast. Bernstein analysts warned as recently as this week that demand for LNG remains strong in Asia. This could push international prices higher, Energy Voice reported Monday, adding that Bernstein forecast a six-percent increase in global LNG demand, again driven by Asian economies.

Speaking of LNG, one analyst believes that liquefied gas could come in handy this summer in Europe because of gas production facilities maintenance in Norway: “US LNG could become the baseload for summer in Europe,” Eneco senior gas trader Ahmed Hommodan told Bloomberg.

“There is a question mark on how Asian LNG demand will respond, but LNG supplies could increase in Europe during summer, more than compensating for the stronger demand.”