Brazilian Bravery, American Cowardice: The Reverberating Harm You Do to Others When You Mask Up


“To whom much is given, much is expected,” is an ethical principle and a moral one that undergirds Western culture.

In a land as free as the United States, I can hardly imagine the limitless potential of what such a man would be able to accomplish in the name of freedom.

I have been reading your articles on LewRockwell.com and have bought “Face Masks in One Lesson.” I have learned much during my research in the last couple years. Your challenges have been what I’ve needed to get going. 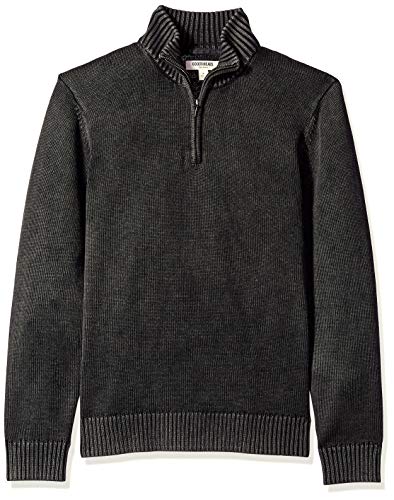 I’m not sure Brazil has a Freedom of Information Act (FOIA), but I know a couple of attorneys here (one’s my brother-in-law) and I will find out.  Meanwhile, I will go to city hall and obtain a copy of the mayor’s decree about face masks.

I have been wearing a mask in order to gain access to supermarkets, but I never cover my nose…only my mouth. Last week, at one of the markets, there were several men dressed in black checking out the face mask compliance. One of them stopped me and said I should cover my nose. I told him,”No, I cannot. It is dangerous to my health.” He said I could continue as is.

My dentist’s staff all wear masks as do clients in the waiting room. I do not, although there is a sign saying masks are required. I have never been challenged there.

Several other stores — but not pharmacies — do not strictly enforce the mask decree. If I get the copy of the decree today, I will look for exemptions.

Thank you so much for what you’ve done.

—A Reader in Brazil

I wish this man would never wear a mask, but I believe he is well on his way to that.

This man is a very special one-in-a-million. I know nothing about him outside of this note. What I see is someone who demands to live a free life and to draw boundaries that none will cross. 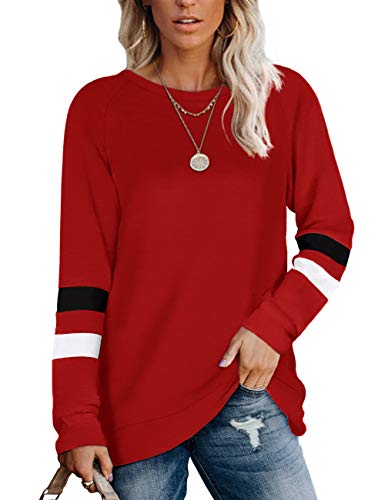 If you feel alone look at PeoplesRights.org, Weston A. Price Foundation, or go to your local unmasked church. Surround yourself face-to-face with people of courage.

You are not alone.

Myself and many others who write in these pages write, among other reasons, so that you know there are many more just like you.

Most of the rest of the people out there don’t matter. Their knee-jerk protests, no matter how intimidating, are merely the reactive compliance tests of an uncertain or insecure person and the death rattles of the status quo. Do not mistake protestations for thought. Most of the rest will follow when an appropriate leader in their midst steps toward freedom and does so decisively. Just as it may have been for you or for me, change takes time and effort for so many.

Don’t be fazed, dear Lion. Live life free. Doing so is its own reward.

American Permission Brought About The Global Nightmare Of 2020 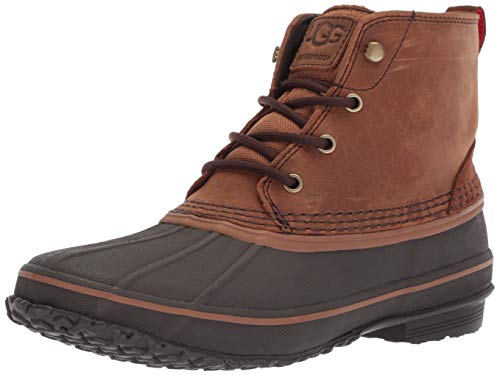 In 2020, governments around the whole world went crazy. It’s not common that the whole world goes crazy at once. Usually, on any topic, there is a lot more dissent than just Tanzania, Belarus, Sweden, and a few other inspiring lands.

It is only with the permission of America in 2020 that the whole world went crazy.

Brazil is a challenged place in many ways. I can’t imagine the guts it takes to tell paramilitary forces that you aren’t going to wear a mask, and I really don’t want to know what that experience is like if it can be prevented in my life.

Every American Life Matters A Little More Than Other Lives

In principle, I believe all life has the same value. I want to illustrate a way in practice that such a principle is not really true. It involves the realm of leadership and freedom.

The United States is not just a global economic and military superpower. It is a little more. And that little more is part of why the US government gets away with so much mischief in the world.

The world looks to the United States as an example.

This says a great deal about the sad condition of freedom in the world in the year 2021. If you think you have it bad in the United States, you are sorely mistaken. That’s no excuse to let this become the norm. 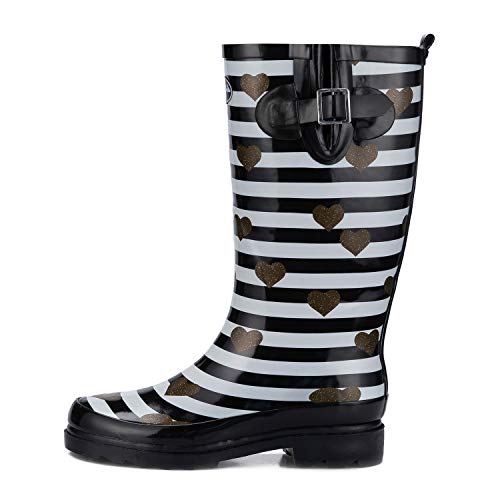 And you need to realize the role you, as an individual, play in making the world a little more awful: in Brazil, in Nigeria, in Slovakia, like it or not, your behavior as you go about your day in the bastion of freedom may be playing a role in far off places.

Done right, you can be helping to make far-flung parts of the world a little more wonderful.

Your Behavior Matters And It Reverberates, So Make Your Every Act Count

When you wear a mask you don’t just normalize your mask wearing around you, it reverberates.

The wearing of your mask is a matter of global impact.

I’m serious about that.

The burning of your mask is a matter of global impact as well.

If you want to burn your mask, call me, maybe I’ll burn a mask right alongside you and invite the fake news media to watch.

Sitting down in a grocery store in protest reverberates.

Saying “no” — and pursuing the matter calmly all the way up the food chain of any corporation or organization — reverberates.

If you want to kill the face mask mandate at work, write me. I’ll help. If you want to take down your local order, send me an email and you’ll have an ally. If you want to lift the corporate policies of the places you patronize or of which you are a shareholder, reach out to me, I’ll be a willing accomplice.

These are advanced moves, moves that we certainly need to see more and more of, and moves that I really want to encourage.

But for many reading this, that’s not even necessary.

Advanced Moves Of Freedom Ninjutsu Are Awesome, And There Are Even More Important Behaviors

What we really need is the end of mask wearing, one person at a time, and at an individual level.

America must step into the role of leadership again. Not so-called “leadership” in all the awful ways that that authority can be abused, but leadership in all the good ways of advancing human freedom.

The best leadership like that is simply living a more free life, the kind of life that hardly anyone around you can overlook.

That kind of leadership won’t come from the White House, but it can come from your house.

The Way The World Has Always Worked

Culture is upstream from politics. When the culture changes, politics will follow.

That’s just how things have always worked. Either they crack or we crack, and from the days of Rehoboam to the year 2021, every tyrannical regime eventually cracks.

Politics is downstream of culture. Culture leads. Elected officials and trusted elites cease to play their roles effectively when they reverse that order in their minds of what is upstream and what is downstream.

Change the culture and the White House, The New York Times, and the local radio station will surely follow or they will surely be replaced.

We live in a very special time to shape the future and to do so through our individual actions.

An Important Gift Of This Moment: Shaping The Future Through Your Individual Actions

It’s time to stop wearing the face mask, not most of the time, all the time. The places where you meet friction are the places where it is most necessary to draw boundaries and communicate. They are not the places for you to quiet down and grow timid and obedient.

You do the world a great disfavor when you back down in the face of resistance to your fundamental sense of decency.

Thank you to our fellow freedom fighter in Brazil. Thank you to the many thousands who have written me on this topic and who have made my book Face Masks in One Lesson the easiest book I’ve ever written. You did the research. You shaped the narrative.

I just organized a few ideas that this amazing community that gathers at this website helped to bring together.

Yeah, I’m Talking To You

Again, “To whom much is given, much is expected,” is an ethical principle and a moral one that undergirds Western culture.

The sterilized Kenyan woman is going to have a hard time proving a Bill Gates vaccine caused that and protecting others from the same fate.

An old Christian man in rural China is going to have a hard time demanding he be left alone to worship.

The truth teller rotting in some cell in Saudi Arabia before he is buried up to his waist and stoned to death is going to have a hard time altering that death sentence.

Shame on that man.

What cowardly excuse can you possibly have to impoverish those around you when a Brazilian man as I write this is going through the day unmasked, standing up to paramilitary forces in order to live a more free life and to grow the trust fund of liberty?

I honor the many who rise up so decisively, who have embraced their freedom, who have recognized this crucial moment for the opportunity that it is.

We are at an important turning point.

It can get really bad, or it can get really good, but it’s not going to stay in this amorphous turning point forever, waiting for you to get comfortable with the idea of stepping into your own sense of freedom and leading in your own life.

The turning point is here.

The next step is yours to make.

We need you involved.

This is all hands on deck.

Not sure how to start? Read Allan Stevo’s best selling “Face Masks in One Lesson,” read his LewRockwell.com articles from this past year, and signup for classes and pointers from him at RealStevo.com. Most importantly, just resolve to never where that mask again and the rest will work itself out.


The Best of Allan Stevo

Hope for the Dead - LewRockwell