The ‘Covid’ Vaccine Is a Weapon of Mass Destruction


“Saying that a state or regime is a murderer is a convenient personification of an abstraction. Regimes are in realty people with the power to command a whole society. It is these people that have committed the kilo- and megamurders of our century, and we must not hide their identity under the abstraction of the ‘state,’ ‘regime,’ ‘government,’ or ‘communist.’”

Due to Rummel’s book title, some might take this quote to be contradictory, but it is not. People murder or purposely allow murder; so only identifying the killers by way of identity abstraction is akin to blaming a gun for shooting and killing on its own instead of blaming the actual murderer that pulled the trigger. It is a way of hiding blame in the form of psychological trickery. This can only be an effective strategy when used by the ruling class as propaganda for fools.

Government’s are made up of people, and these people called politicians come from the ranks of the general population, and they are the worst of mankind. Is this then an indictment of all humanity? I would not go quite that far, and those in government are murderers, but complicity by mass voluntary servitude and support of the state in the murder of others is a major factor in the persecution, genocide, and democide of innocents. 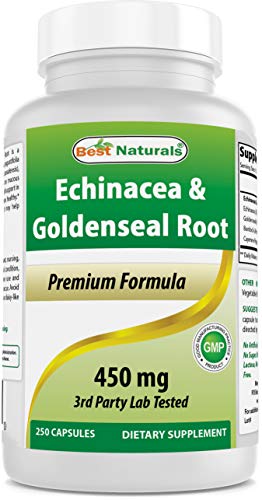 Today, we are witnessing the atrocious results of this dynamic, as people around the world are participating in the plot with their chosen governments to exterminate large numbers of society by their cooperation, support, indifference, and especially their silence. The ‘state,’ ‘regime,’ and ‘government’ are certainly murderers in whole, but it is important to attach names to all that take part in the wholesale slaughter of others.

The extermination of societies through genocide and democide is achieved in many ways, from war, forced starvation, psychological destruction, mass imprisonment, and sterilization; from chemical agents, bombs, nuclear weapons, and now the killing will be due to ‘vaccination.’ Surely I jest you say, but I do not, as the indiscriminate killing of hundreds of millions or billions of people around the world at the hands of the powerful is sought. Some call it population control, some call it depopulation, but it is simply planned mass murder to benefit the agendas of the few. The tool being used to accomplish this goal is the untested, experimental, mind-altering, gene-changing, toxic poison called the Covid-19 ‘vaccine,’ and it is the newest weapon of mass destruction.

Many are having horrible effects due to these injections, and many are dying. Some are dying immediately after taking this shot, some are dying after a few hours or days, others after a few weeks, and the long-term effects at this point are virtually unknown. It is as if people are deaf, dumb, and blind when it comes to logic, as this falsely claimed affliction called Covid that supposedly has an survival rate of 99.98%, is being treated as a deadly pandemic, and the ‘cure’ recommended is a ‘vaccine’ that kills many more than the purposely created fake virus scam.

The agendas of the so-called claimed elites are clear, as evidenced in just these few quotes of many below. The desire to eliminate much of the population has been voiced over and over again, but the people still refuse to listen, and in fact, stand in line to take the state’s poison for something that has never once been separated, purified, properly isolated, or identified, and has not even been proven to exist.

“In order to stabilize world population, we must eliminate 350,000 per day.” ~ Jacques Yves Cousteau 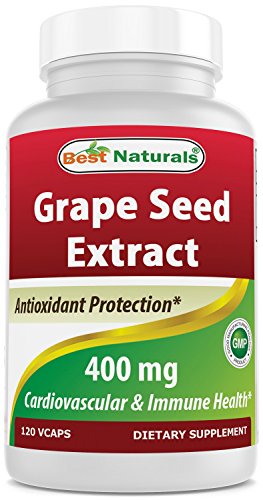 “If a Black Death could be spread throughout the world once in every generation survivors could procreate freely without making the world too full.” ~ Bertrand Russell

“The most merciful thing a large family can do to one of its infant members is to kill it.” ~ Margaret Sanger

“A part of eugenic politics would finally land us in an extensive use of the lethal chamber. A great many people would have to be put out of existence simply because it wastes other people’s time to look after them.” ~ George Bernard Shaw

“World population needs to be decreased by 50%”. ~ Henry Kissinger

“The world today has 6.8 billion people. That’s heading up to about nine billion. Now if we do a really great job on new vaccines, health care, reproductive health services, we could lower that by perhaps 10 or 15 percent.” ~ Bill Gates

While the ruling segment of society, including all the political pawns in government, are behind this push to depopulate the world in order to gain total control, there are many aspects to this plan. Much of the focus has been on the deliberate destruction of the natural immune systems of populations at large, as this alone will be responsible for extreme sickness, dependability, the loss of functional existence, and large-scale death. This has already been essentially accomplished due to lockdowns, quarantines, dangerous mask wearing, job losses, isolation, distancing, lack of exercise, loss of vital vitamin D, and all the extreme stress caused by these absurd and evil mandates. In other words, the trap is set, and due to the much-weakened state of the general health and immunity of the ‘public,’ the deadly vaccine will be the driver of undue mortality, just as is desired by those attempting to take over the planet. A perfect storm has been devised in order to bring down this country and the world, and it is now going forward with little resistance.

All will be blamed on a ‘virus’ of course, but it will not be this bogus Covid strain being propagated by the political class, the medical establishment, and the media, it will be blamed on fabricated new strains mislabeled as ‘mutant variants’ of this bogus ‘Covid-19.’

Thousands upon thousands are already dying due to taking this poisonous concoction, and many more have had horrible adverse reactions such as Bell’s Palsy, paralysis, loss of bodily functions and speech, anaphylactic shock, cardiac arrest and arrhythmia, deadly autoimmune reactions, and a myriad of other detrimental side effects. In Israel, the most highly vaccinated population to date, the Pfizer vaccine has killed “about 40 times more (elderly) people and 260 times more of the young than what the COVID-19 virus would have claimed in the given time frame.” As more and more line up for this toxic lethal injection, the death counts will continue to rise, and every ensuing shot will cause more death. As time goes by, and as subsequent vaccines are claimed to be necessary, the death count will explode.

The government, all its enforcers, the medical establishment, the pharmaceutical cartels, and the mainstream media, are all to blame, but so are all of you that have voluntarily given them this power over you that you now refuse to take away. Without resistance and dissent, the blame for the coming carnage will lie at the feet of all who stood by and allowed this to happen without saying no.

This is a war against the people; the chosen tool to gain the submission of the masses has been a lie called Covid-19, and the weapon of mass destruction being used to accomplish the death of millions is the ‘Covid vaccine!’

If you cherish your family, your freedom and your life, refuse to wear a mask, refuse all orders by the state, and refuse to take this murderous injection wrongly called a ‘vaccine.’


The Best of Gary D. Barnett