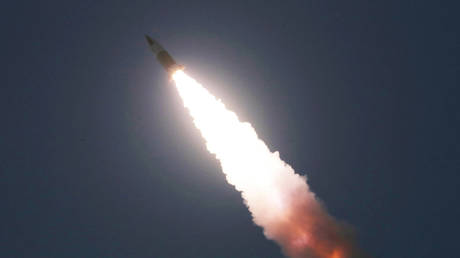 Kim Yo-jong has launched a bitter attack on the South Korean president, branding him “a parrot raised by America” after Seoul’s response to a recent missile test that mirrored Washington’s remarks.

The influential sister of North Korean leader Kim Jong-un blasted South Korea’s Moon Jae-in in a statement released by state media on Tuesday. She said the “illogical and brazen-faced” remarks by Moon were nearly identical to the US stance.

“We can hardly repress astonishment at his shamelessness,” Kim Yo-jong said in a statement carried by the North’s state media.

He cannot feel sorry for being ‘praised’ as a parrot raised by America.

The verbal attack has been promptly condemned by Seoul, with the South Korean Unification Ministry expressing “strong regret” over such remarks and urging the North to be civil. The two Koreas must observe “the rules of minimum etiquette in any circumstance,” the ministry said.


The new spat between the two neighbors follows a series of missile launches conducted by Pyongyang last week. The North fired two suspected cruise missiles, followed by a launch of another two short-range ballistic projectiles just a few days apart.

After the tests, Moon said the “people are greatly concerned” by North Korea’s actions, adding that such actions that are “providing difficulty for the mood for dialogue are undesirable.”

Seoul’s response closely resembled the reaction of its main ally, the US. “We’re consulting with our allies and partners,” President Joe Biden said during a news conference last week.

“And there will be responses if they choose to escalate. We will respond accordingly. But I’m also prepared for some form of diplomacy, but it has to be conditioned upon the end result of denuclearization.”


The White House has also signaled that Biden does not intend to meet North Korea’s strongman Kim face-to-face, like the previous president Donald Trump did.

“I think his approach would be quite different and that is not his intention,” White House press secretary Jen Psaki said on Monday when asked whether the president’s approach to North Korea would include “sitting with President Kim Jong-un.”