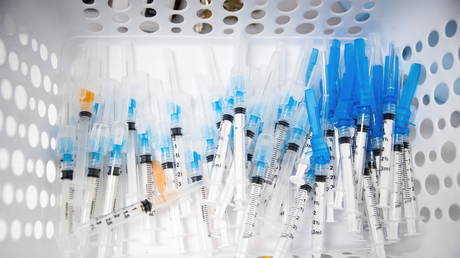 Coronavirus vaccines may become obsolete in less than a year, a new poll conducted among leading epidemiologists suggests. The sloppy vaccination rollouts that have riddled many countries make this scenario even more likely.

A new survey conducted by the People’s Vaccine Alliance (PVA) among 77 epidemiologists from 28 countries around the world has yielded pessimistic results.

Around 66% of those surveyed – including epidemiologists from leading institutions such as Johns Hopkins, Yale, the London School of Hygiene and Tropical Medicine, Imperial College London, and the University of Edinburgh – said Covid-19 could mutate in a year or less to an extent that the first-generation vaccines would become ineffective.

“The more the virus circulates, the more likely it is that mutations and variants will emerge, which could make our current vaccines ineffective,” Devi Sridhar, professor of global public health at the University of Edinburgh, said.

“As we’ve learned, viruses don’t care about borders. We have to vaccinate as many people as possible, everywhere in the world, as quickly as possible. Why wait and watch instead of getting ahead of this?”

The sloppy rollouts and low vaccine coverage that have plagued countries around the world are considered key factors in the potential emergence of vaccine-resistant strains, and 88% of those polled shared this belief.


Nearly three-quarters of the epidemiologists surveyed said that only an acceleration of the vaccination drives would help. They called for the open sharing of technology and intellectual property, echoing PVA’s own idea of lifting the existing pharmaceutical monopolies to boost the vaccine supply and coverage.

“We all have a self-interest in ensuring that everyone around the world, no matter where they live have access to COVID-19 vaccines. The virus doesn’t respect borders and new variants somewhere on the planet mean none of us are safe,” Gregg Gonsalves, associate professor of epidemiology at Yale University, said.

Would You Please Remove Your Mask While Talking to Me?