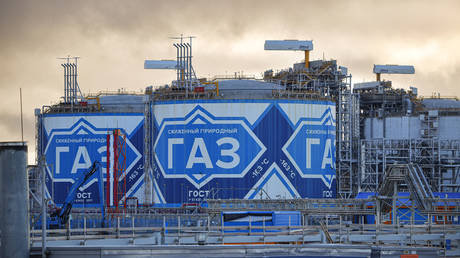 “The program is based on a comprehensive approach, aimed at diversification of gas supply sources and first of all at an active use of resources of the Arctic shelf and the Far East,” Russia’s Prime Minister Mikhail Mishustin said at a meeting with deputy prime ministers on Monday, as carried by news agency TASS.

Global LNG demand is set to nearly double from 360 million tons last year to 700 million tons by 2040, thanks to continued solid demand from Asia and a rise in gas use for powering hard-to-electrify sectors, Shell, the biggest LNG trader, said in its annual LNG Outlook 2021 last month.


Russia aims to seize part of that growing demand, and its energy strategy for LNG envisages a 20-percent market share on the global LNG market by 2035.

Deputy Prime Minister Alexander Novak believes that Russia will see the most favorable environment for new LNG projects within the next five to 15 years, TASS quoted Novak as saying in comments on the LNG strategy.

According to Wood Mackenzie’s research director Giles Farrer, Russia’s Arctic LNG projects would have one of the lowest costs with low breakeven prices, alongside the massive new project that LNG export heavyweight Qatar has just announced.

“At a long-term breakeven price of just over $4 per million British thermal units, it’s right at the bottom of the global LNG cost curve, alongside Arctic Russian projects,” Farrer said, commenting on Qatar’s LNG expansion project, which is set to raise the Gulf country’s LNG production capacity from 77 million tons per annum (mmtpa) now to 110 mmtpa by 2026.