For Leviathan, It’s So Cold in Alaska


Leviathan seems to be positioning itself for a geopolitical Kill Bill rampage – yet brandishing a rusty samurai high-carbon-steel sword.

Predictably, US deep state masters have not factored in that they could eventually be neutralized by a geopolitical Five Point Palm Exploding Heart Technique.

In a searing, concise essay, Alastair Crooke pointed to the heart of the matter. These are the two key insights – including a nifty Orwellian allusion:

1. “Once control over the justifying myth of America was lost, the mask was off.”

2. “The US thinks to lead the maritime and rimland powers in imposing a searing psychological, technological and economic defeat on the Russia-China-Iran alliance. In the past, the outcome might have been predictable. This time Eurasia may very well stand solid against a weakened Oceania (and a faint-hearted Europe).” 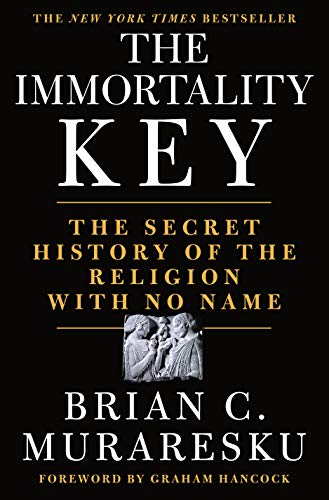 And that brings us to two interconnected summits: the Quad and the China-US 2+2 in Alaska.

The virtual Quad last Friday came and went like a drifting cloud. When you had India’s Prime Minister Narendra Modi saying the Quad is “a force for global good,” no wonder rows of eyebrows across the Global South were raised.

Chinese Foreign Minister Wang Yi remarked last year that the Quad was part of a drive to create an “Asian NATO.”

It is. But the hegemon, lording over India, Japan and Australia, mustn’t spell it out. Thus the vague rhetoric about “free and open Indo-Pacific,” “democratic values,” “territorial integrity” – all code to characterize containment of China, especially in the South China Sea.

The exceptionalist wet dream – routinely expressed in US Thinktankland – is to position an array of missiles in the first island chain, pointing towards China like a weaponized porcupine. Beijing is very much aware of it.

Apart from a meek joint statement, the Quad promised to deliver 1 billion doses of Covid-19 vaccines throughout the “Indo-Pacific” by the end of… 2022.

The vaccine would be produced by India and financed by the US and Japan, with the logistics of distribution coming from Australia.

That was predictably billed as “countering China’s influence in the region.” Too little, too late. The bottom line is: The hegemon is furious because China’s vaccine diplomacy is a huge success – not only across Asia but all across the Global South.

This ain’t no ‘strategic dialogue’ 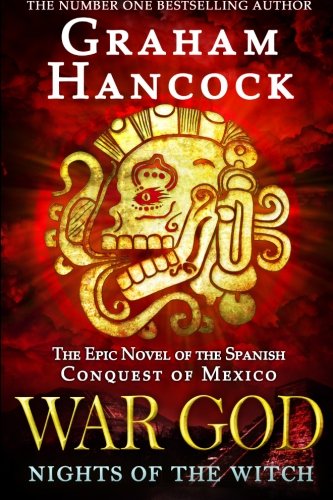 US Secretary of State Tony Blinken is a mere apparatchik who was an enthusiastic cheerleader for shock and awe against Iraq 18 years ago, in 2003. At the time he was staff director for the Democrats on the Senate Foreign Relations Committee, then chaired by Senator Joe Biden.

Now Blinken is running US foreign policy for a senile cardboard entity who mutters, live, on camera, “I’ll do whatever you want me to do, Nance” – as in Nancy Pelosi; and who characterizes the Russian president as “a killer,” “without a soul,” who will “pay a price.”

With that in mind, there’s little doubt that the formidable Yang Jiechi, director of the Office of the Foreign Affairs Commission of the CPC Central Committee, side by side with Foreign Minister Wang Yi, will make shark’s fin soup out of their interlocutors Blinken and National Security Advisor Jake Sullivan at the 2+2 summit in Anchorage, Alaska.

Only two days before the start of the Two Sessions in Beijing, Blinken proclaimed that China is the “biggest geopolitical challenge of the 21st century.”

According to Blinken, China is the “only country with the economic, diplomatic, military and technological power to seriously challenge the stable and open international system – all the rules, values and relationships that make the world work the way we want it to, because it ultimately serves the interests and reflects the values of the American people.”

So Blinken tacitly admits what really matters is how the world works “the way we want it to” – “we” being the hegemon, which made those rules in the first place. And those rules serve the interests and reflect the values of the American people. As in: It’s our way or the highway.

Blinken could be excused because he’s just a wide-eyed novice on the big stage. But it gets way more embarassing.

Here’s his foreign policy in a nutshell (“his” because the hologram at the White House needs 24/7 instructions in his earpiece to even know what time it is): 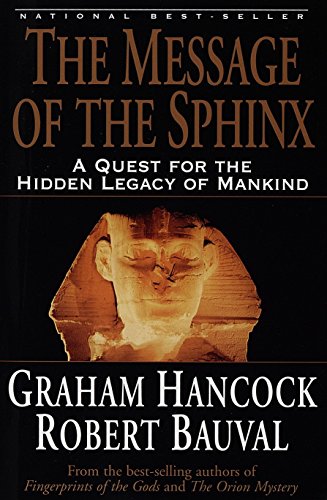 Sanctions, sanctions everywhere; Cold War 2.0 against Russia and “killer” Putin; China guilty of “genocide” in Xinjiang; a notorious apartheid state getting a free pass to do anything; Iran must blink first or there’s no return to the JCPOA; Random Guaido recognized as President of Venezuela, with regime change still the priority.

There’s a curious kabuki in play here. Following the proverbial revolving door logic in DC, before literally crossing the street to have full access to the White House, Blinken was a founding partner of WestExec Advisors, whose main line of business is to offer “geopolitical and policy expertise” to American multinationals, the overwhelming majority of which are interested in – where else – China.

So Alaska might point to some measure of trade-off on trade. The problem, though, seems insurmountable. Beijing does not want to eschew the profitable American market, while for Washington expansion of Chinese technology across the West is anathema.

Blinken himself pre-empted Alaska, saying this is no “strategic dialogue.” So we’re back to bolstering the Indo-Pacific racket; recriminations about the “loss of freedom” in Hong Kong – whose role of US/UK Fifth Column is now definitely over; Tibet; and the “invasion” of Taiwan, now on spin overdrive, with the Pentagon stating it is “probable” before 2027.

A junkie on a bum trip

Wang Yi, at a press conference linked to the 13th National People’s Congress and the announcement of the next Five-Year Plan, said: “We will set an example of strategic mutual trust, by firmly supporting each other in upholding core and major interests, jointly opposing ‘color revolution’ and countering disinformation, and safeguarding national sovereignty and political security.”

That’s a sharp contrast with the post-truth “highly likely” school of spin privileged by (failed) Russiagate peddlers and assorted Sinophobes. 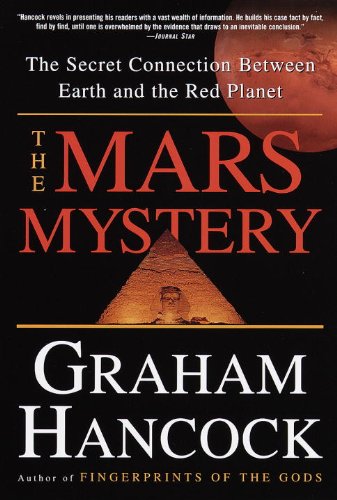 Top Chinese scholar Wang Jisi, who used to be close to the late Ezra Vogel, author of arguably the best Deng Xiaoping biography in English, has introduced an extra measure of sanity, recalling Vogel’s emphasis on the necessity of US and East Asia understanding each other’s culture.

According to Wang Jisi, “In my own experiences, I find one difference between the two countries most illuminating. We in China like the idea of “seeking common ground while reserving our differences.” We state that the common interests between our two countries far exceed our differences. We define common ground by a set of principles like mutual respect and cooperation. Americans, in contrast, tend to focus on hard issues like tensions over Taiwan and the South China Sea. It looks that the Chinese want to set up principles before trying to solve specific problems, but the Americans are eager to deal with problems before they are ready to improve the relationship.”

The real problem is that the hegemon seems congenitally incapable of trying to understand the Other. It always harks back to that notorious formulation by Zbigniew Brzezinski, with trademark imperial arrogance, in his 1997 magnum opus The Grand Chessboard:

“To put it in a terminology that harkens back to the more brutal age of ancient empires, the three grand imperatives of imperial geostrategy are to prevent collusion and maintain security dependence among the vassals, to keep tributaries pliant and protected and to keep the barbarians from coming together.”

And crucially, “keep the barbarians from coming together” applied to Russia, China and Iran. That was Pax Americana in a nutshell. And that’s what’s totally unraveling now.

Hence the Kill Bill logic. It goes back a long way. Less than two months after the collapse of the USSR, the 1992 Defense Planning Guidance preached total global dominance and, following Dr Zbig, the absolute imperative of preventing the emergence of any future peer competitor.

Especially Russia, defined as “the only power in the world with the capacity of destroying the United States.”

Then, in 2002, at the start of the “axis of evil” era, came the full spectrum dominance doctrine as the bedrock of the US National Security Strategy. Domination, domination everywhere: terrestrial, aerial, maritime, subterranean, cosmic, psychological, biological, cyber-technological.

And, not by accident, the Indo-Pacific strategy – which guides the Quad – is all about “how to maintain US strategic primacy.”

This mindset is what enables US Think Tankland to formulate risible “analyses” in which the only “win” for the US imperatively requires a failed Chinese “regime.”

After all, Leviathan is congenitally incapable of accepting a “win-win”; it only runs on “zero-sum,” based on divide and rule.

And that’s what’s leading the Russia-China strategic partnership to progressively establish a wide-ranging, comprehensive security environment, spanning everything from high-tech weaponry to banking and finance, energy supplies and the flow of information.

To evoke yet another pop culture gem, a discombobulated Leviathan now is like Caroline, the junkie depicted in Lou Reed’s Berlin:

What I Saw in a ‘Pro-Science’ State