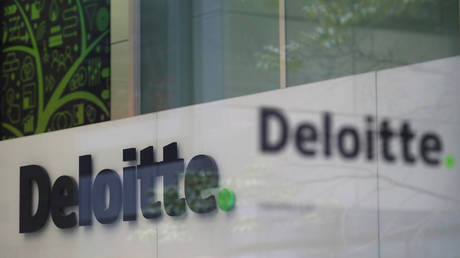 Employees of Deloitte, one of the world’s largest accounting and consulting firms, can reportedly be reprimanded and even fired for “microaggressions” in the workplace, according to new “anti-racism” training.

During the mandatory training, employees were told they must constantly promote an “anti-racist” culture by adhering to “equity” instead of “equality.”

The difference, according to slides from the PowerPoint obtained by The Daily Wire, is that “equity” takes into account the “historical and systemic barriers and privileges” of certain groups, such as white men.

Any “anti-racist” policy violations can be investigated and end up being punishable with a simple verbal warning or something more severe, like an official reprimand or termination.

Though they acknowledge that microaggressions can be unintentional, one still must be held accountable.

“Racial microaggressions are brief and commonplace daily verbal, behavioral, or environmental indignities, intentional or not, that communicate hostile, derogatory, or negative racial slights and insults toward people because of their race,” one of the slides reads.

Examples of racial microaggressions, according to the company, include asking a black co-worker “to join the flag football or basketball team” or commenting that “a person of color was given a role due to their race rather than having earned their role.”

In other scenarios used to warn employees, they were told not to question any accounts from minority co-workers that have to do with facing prejudice. The training warns that this is “racial gaslighting” and provides handy phrases to stay away from when listening to a co-worker describe their situation, including “all lives matter,” “maybe you misheard them,” “In my opinion, I don’t think they were being racist,” and “calm down, you’re just being sensitive.”


Race issues have been increasingly important to Deloitte in recent years. Before this push against “microaggressions,” they encouraged employees to read the highly-controversial 1619 Project and provided tools to help parents raise “race-conscious” children.

In 2019, the company surveyed multiple businesses, each with more than 1,000 employees, and found that 64 percent reported witnessing bias, with over 80 percent of that group describing the bias as indirect or subtle.

“It really demonstrates how widespread the impact of non-inclusive behaviors can really be on a business and on an organization,” Deloitte Chief Inclusion Officer Terri Cooper said at the time in response to the results.

To combat such indirect bias in their own workplace, Deloitte has created dozens of ‘Inclusion Councils.’

“The whole philosophy around the Inclusion Councils,” said Cooper, “is being able to provide this environment where we literally drive conversations and the opportunity for everybody to come together to meet and to express their views.”