Dr. Anthony Fauci has impressive credentials and a lengthy tenure as a top-level government health official dating back to 1984. But his performance during the COVID-19 pandemic has been abysmal, with politicized non-science-based edicts and frequently reversed “medical advice” that have confused and frightened Americans.

Just a week ago, Fauci made what to some was a stunning admission: “We’ve done worse than most any country” in managing the outbreak, he said. We say “stunning” because Fauci, as head of NIH’s National Institute of Allergy and Infectious Diseases, is the official most responsible for the U.S. response.

His 2019 pay of $417,608 makes him the nation’s highest paid federal official. As a scientist, he’s held in very high esteem by many, particularly those on the left, who see his sweeping powers – lockdowns, masking, social distancing – as a nifty means of social control. It’s control of 330 million people via social isolation and nonstop browbeating of those who dare to diverge from the oppressive “new normal” we all now experience on a daily basis.

The big problem has been Fauci’s pronunciamentos are often nonsensical, not supported by science or contradictory. “These are my principles,” Groucho Marx once said. “If you don’t like these, I have others.” That’s Fauci.

Take masking, for instance. The Daily Wire counted five different mask policies by Fauci as of Feb. 11. Oops! Make that six. After calling masking “largely symbolic” last spring and telling Americans “don’t wear masks,” he now suggests we need to “double mask” and that it might last into 2022.

This, despite some doctors and researchers claims that masking doesn’t do much. After reviewing multiple studies, the group Science-Based Medicine concluded that “the benefit (of masking) is likely to be modest. It should not be considered full protection, but just a way to reduce the chance of spread a little bit.”

Others note that masking may even hurt users by raising their carbon dioxide intake. Heck, Fauci himself even downplayed masking’s positive effects. 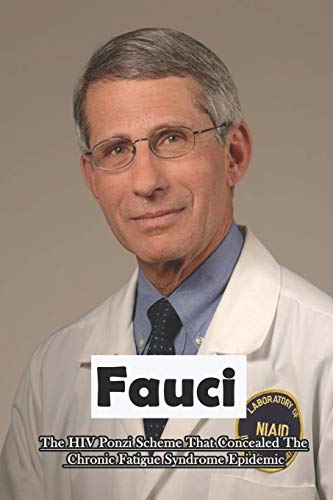 Then there’s his bizarre recent edict that even those vaccinated shouldn’t be allowed to dine inside a restaurant or go to the movies. Why not? No way to know. We do know that neither movie theaters nor restaurants are “superspreader” sites, or even “spreader” sites, for that matter.

The Centers for Disease Control claims from its own very limited survey that restaurants pose a major threat to spreading the virus. But literally tens of thousands of data points from surveys in New York and Minnesota show minuscule infection rates: Just 1.4% of New York cases resulted from restaurants, while 1.7% in Minnesota did.

By the way, data for retailers, gyms, and “hair & personal care” salons were even lower.