It starts with the face masks.

It starts with one set of lockdown rules for us, another for them.

It starts with one set of investment rules for us, another for them

In December 2007, a doctor from Lake Jackson, Texas found himself bolstered by a movement he didn’t really know existed.

Because he ran for the highest office that cycle and spoke truthfully, unceasingly, American politics was never the same again. 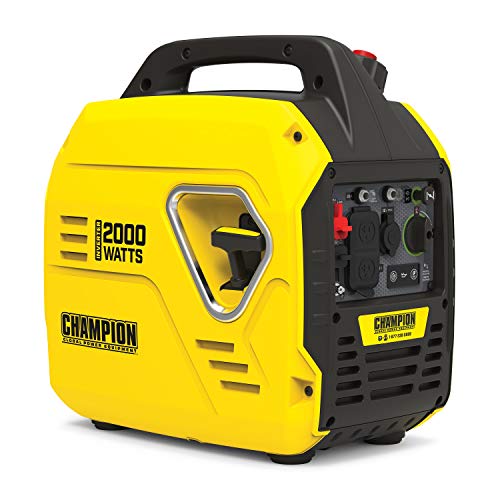 Fast-forward three years to the Tea Party. Those running to be congressmen and senators galvanized that movement, and then it shattered into pieces, distracted pieces.

Fast-forward five years to the Trump candidacy. Renewed focus was given to that movement.

We stand here, with a genie that won’t be put back in the bottle, has no concept of how powerful it is, and has no leader.

Heck. It doesn’t need a leader. That’s the nature of libertarian and conservative politics. It has people as aggressive and dedicated as honey badgers, each doing their own thing. Step by step amazing things get done.

It’s not the most organized. But that’s an advantage for many reasons. One advantage is: There’s no snake to chop the head off of. That energy turns into a whackamole game for the establishment. Not only can they not stem the tide, they can’t even make sense of the randomness of it all.

They can’t see how Game Stop and the new American homeschooling revival and vaccine hesitancy — culture-wide unlike anything seen for decades — and Elon Musk and yes even, to a degree, the popularity of AOC are all part of the same thing. It’s not random. The American people are done being ruled by you. As we speak, dear establishment drone, you are overplaying your hand. And you are the only person at the table who can’t see that.

From Andrew Ross Sorkin commenting on how buying Game Stop stock is an “attack” on the company, to Gavin Newsom whining about people not following lockdown orders, the common denominator of the figureheads is a tone of whininess unlike anything ever seen from them. It’s become so normal that they even chose a whiner to be the fake Vice President in their sham election charade.

And the more they all whine, the more happily the recall signatures pile up for the California Governor who desires to be President of the United States, who desires to devastate his country the way he devastated his state. It wasn’t the Chinese Communist Party who destroyed California. It wasn’t Beijing that destroyed Main Street America. It was the American communists and the corona communism they placed upon us when they closed our businesses, closed our churches, and declared our lives unessential and illegal.

We need to remove these voices from their positions of any authority in our lives by tuning them out and raising up better to replace them.

But that’s the surface. Those are symptoms. 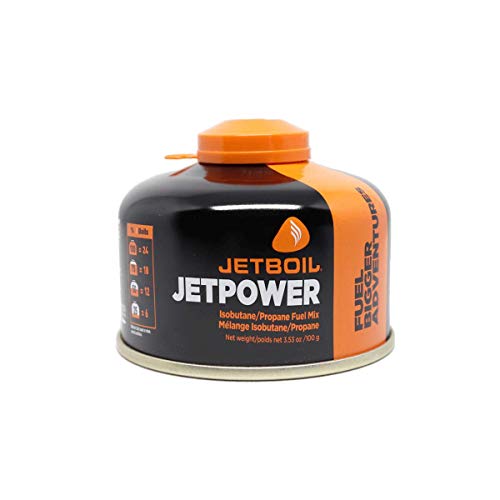 Those battles are being won. Others are ahead of us.

Will the slaves take your false flag attacks?

Will the slaves take your massive deep state?

Will the slaves take your slave money?

We’ve had a comfortable two decades since 9/11 leaving government in control. We need to get back to our roots and remind ourselves that government is never to be left in control: least of all in a crisis.

Because then all they have to do is call a crisis to regain control. If we can move beyond that then we are home free.

Public enemy number one was impeached on his last week of office — a citizen politician who thought he could lead a populist revolt in DC. Spoiler Alert: he did, only it didn’t start on January 6, 2021, but June 16, 2015 when we began to see what was possible. It was never about him.  It was about me. About you. About us. It was about us seeing what was possible. And that’s truly scary to them.

Public enemy number two is a citizen journalist imprisoned for showing how criminal our “trusted” sources were. He rots in Belmarsh Prison. Long live Julian Assange! 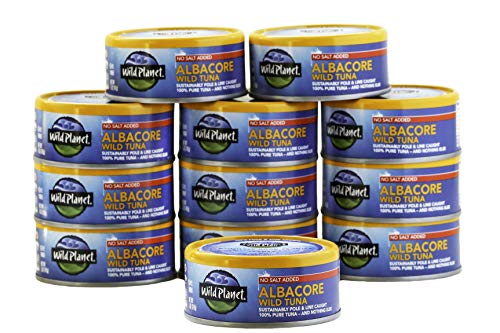 They can only hope that they can stem the tide there. By putting a few people in prison.

The now deceased Rush Limbaugh, as he prepared to look his maker in the eye, was practically the only voice in the media who recognized what was happening January 6 and did not apologize.

And it’s not about party. Trump is a third party coup of the establishment uniparty. He is Ron Paul 2020, Pat Buchanan 2020, Ross Perot 2020, Pat Robertson 2020, Aaron Russo 2020, Irwin Schiff 2020, what the Libertarian Party might have been under Murray Rothbard’s leadership instead of enfeebling distraction 2020, Larry McDonnell 2020, my aunt 2020, my cousin 2020, my daughter 2020. The American dinner table 2020. American entrepreneurs 2020, Working class Hispanics who live along the southern border 2020, every European who doesn’t trust Brussels 2020, Baltimore, Philadelphia, San Francisco, Chicago is in pain 2020, traditional Catholics 2020, free speech 2020, Howard Beale 2020, the church that didn’t close down 2020, the four years of babies who lived because of the Mexico City Policy 2020, Fill in the blank 2020, the end of Lincoln Project pedophiles 2020, Dick Cheney is a war criminal 2020, and so is Madeline Albright a war criminal 2020, Ruby Ridge, Bundy Ranch, Waco, Texas 2020, American energy independence 2020, American energy 2020, American chutzpah 2020, American vigor 2020, American potency 2020. You can shove your cultural Marxism back into your closed down and triple face masked sociology department cuz you ain’t controlling my speech with your guilt riddled and bullying political correctness 2020.

Once loyal democrats stormed the Capitol on January 6, 2021. Can they possibly realize what a mess they have on their hands? This uniparty.

It will be a badge of courage to stand trial, a rallying cry for hundreds and thousands who support each of them.

You cut down a general, you silence a voice, you make an example of another. These are trifling efforts. The energy will come out of somewhere. And with every attempt of yours to contain the energy, you only embolden us further. 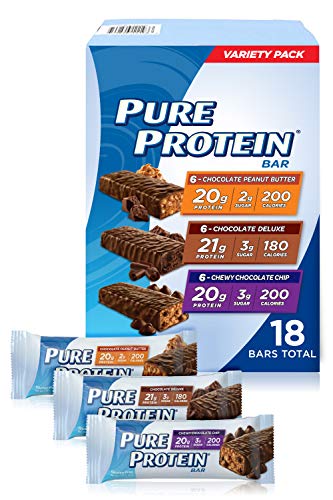 The Great Awakening is here. The Second American Revolution is here.

Make no mistake, I do not advocate for a kinetic war.

Murray Rothbard in his four volume collection on the Revolutionary War period, Conceived in Liberty, (https://mises.org/library/conceived-liberty-2) writes of a people who from the early 1760s to the mid 1770s had undergone a revolution of mind and spirit. This was the true revolution. What followed was a bloody rebellion in response to a ruling class in denial that they had lost control of the minds of the people and who were obstinate to maintain a semblance of control.

“Perception is reality,” King George said to himself as the first shot rang across Lexington.

“Perception is reality,” the greatest military on earth assured themselves as they chased a bunch of shoeless hillbillies across the frozen Christmas terrain of New York.

“Perception is reality,” they claimed to themselves to their dying day, those who could never understand how such pitiful and lowly creatures as common humans could ever defeat a group so certain of their own superiority in oppressing another.

Perception is not reality. Reality is reality.

The Second American Revolution is here. Does a bloody rebellion also take place? That all depends on how willing the masters are to acknowledge that they aren’t masters any more and to voluntarily be rooted out of our lives.

We don’t need them.

We don’t want them.

They have to go.

But boy, do they seem dedicated to living in such a state of denial that history will look back upon as the great folly that so powerfully brought the once powerful to their knees.

Here’s how burdened and stressed their system is: The slightest out of the ordinary behavior by a citizen activist today generates such immediate response from those in office. There has never been a more wonderful time than now to be an activist. Every unpredictable act reveals how entirely out of touch and out of control they really are. Use the FOIA uncomfortably, hang posters uncomfortably, make the phones ring uncomfortably, post a website uncomfortably — such as the wonderful “Brad Little Is A Disgrace”. Their slightest discomfort is brilliant to watch. If you aren’t already being as active as you can be, you are missing out on the fun.

And by that I mean, if you are spending even one hour a week on Netflix, instead of ending mask mandates today by sitting down  at your local “masks mandatory” store, hosting mask burning events, FOIAing everything from your local officials, and getting together with your fellow slaves through groups such as PeoplesRights and WAPF you are just missing out on the real fun of this moment.

But it doesn’t stop there. Not only are they a bunch of fainting violets on high alert and totally unable to make sense of what is happening around them, they are just revealing their total moral turpitude and what a sham it all is.

This isn’t a ruling class. This is a bunch of weeds with very deep roots.

We just have to be sure to get down to those deep, deep roots.

How violent will that process be? That’s up to them. We come in peace, but if they are the dummies who can’t count how vastly outnumbered they are, then they are in for a rude awakening.

Because 300 million pissed off people aren’t gonna be led by you anymore, and all of your whining shows how intimately you know that.

American political class, welcome to the begginning of your end. Step aside like generations of your fellow communists did around the world, and we’ll make this easy for you. Persevere, and you will feel a pain you never imagining possible in a civilized land.

You’re winning. We’re winning. Now act like it. Stop obeying their lockdowns. Stop humoring their mask mandates. Disobey their every psychologically obstructive request. If you don’t know how do that then read Allan Stevo’s best selling “Face Masks in One Lesson” it’s a “how to” guide on never wearing the mask again, but more importantly a book that will passionately inspire courage, leadership, and liberty. Read his Lew Rockwell writing, sign up at RealStevo.com, or write him. But you don’t need any of that. Just be real with yourself. All you need is to resolve to live life by a higher standard and that starts by never wearing that mask again.


The Best of Allan Stevo

No bail for Indian climate activist over farmer protests