Last week we traced the necessary historical and geopolitical steps to understand Why Russia is driving the West crazy.

And then, last Friday, right before the start of the Year of the Metal Ox, came the bombshell, delivered with customary aplomb by Russian Foreign Minister Sergey Lavrov.

In an interview with popular talk show host Vladimir Solovyov – with the full transcript published by the Russian Ministry of Foreign Affairs – Lavrov said Moscow “must be ready” for a possible “break with the European Union.”

The ominous break would be a direct result of new EU sanctions, particularly those “that create risks for our economy, including in the most sensitive areas.” And then, the Sun Tzu-style clincher: “If you want peace, prepare for war.” 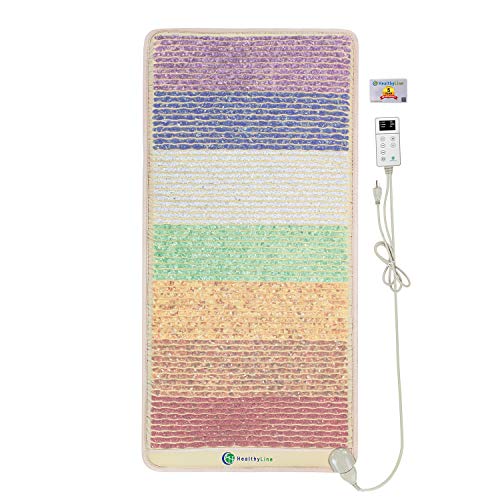 Kremlin spokesperson Dmitri Peskov, afterwards, made sure to explain that Lavrov was taken out of context: the media, predictably, had seized on a “sensational” headline.

So Lavrov’s full, nuanced answer to a question about rocky EU-Russia relations must be carefully examined:

“We believe we would be ready for this. We are neighbors. Speaking collectively, they are our largest trade and investment partner. Many EU companies operate here; there are hundreds or even thousands of joint ventures. When a business benefits both sides, we will continue. I am sure that we have become fully self-sufficient in the defense sphere. We must also attain the same position in the economy to be able to act accordingly if we see again (we have seen this more than once) that sanctions are imposed in a sphere where they can create risks for our economy, including in the most sensitive areas such as the supply of component parts. We don’t want to be isolated from the world, but we must be prepared for this. If you want peace, prepare for war.”

The context Peskov referred to is also clear: EU envoy Josep Borrell, after his disastrous trip to Moscow, had raised the issue that Brussels was weighing the imposition of further sanctions. Lavrov’s response was clearly designed to drum some sense into the thick heads of the European Commission (EC), run by notoriously incompetent former German defense minister Ursula von der Leyen and her foreign policy “chief” Borrell.

Earlier this week, Peskov was forced to come back incisively to the volcanic saga: “Regrettably, Brussels keeps talking about sanctions, so does the United States with maniacal persistency. This is something we will never welcome. It is something that we do not like at all.” 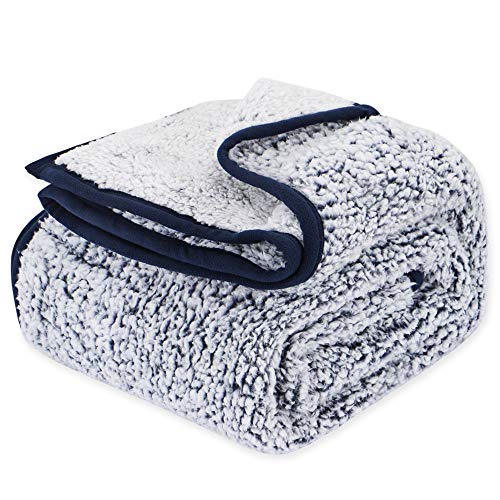 So the stage is set for a raucous – to say the least – meeting of EU foreign ministers next Monday, where they will discuss – what else? – possible new sanctions. Those most probably would include travel bans and asset freezes on selected Russians, including people very close to the Kremlin, blamed by the EU to be responsible for the jailing earlier this month of right-wing blogger and convicted fraudster (a scam against Yves Rocher) Alexei Navalny.

The overwhelming majority of Russians see Navalny – with a popularity rate of 2% at best – as a lowly, expendable NATO asset. The meeting next week will pave the way for the summit of member state leaders at the end of March, where the EU could – and that’s the operative word – formally approve new sanctions. That would require a unanimous decision by the EU’s 27 member states.

As it stands, apart from the stridently Russophobic usual suspects – Poland and the Baltics – it doesn’t appear Brussels is aiming to shoot itself in the back.

EU observers obviously have not been observing how Moscow’s pragmatic view of Brussels has evolved in the past few years.

Russia-EU trade will continue, no matter what. The EU badly needs Russian energy; and Russia is willing to sell it, oil and gas, pipelines and all. That’s strictly business. If the EU doesn’t want it – for a basket of reasons – no problem: Russia is developing a steady stream of businesses, energy included, all across East Asia. 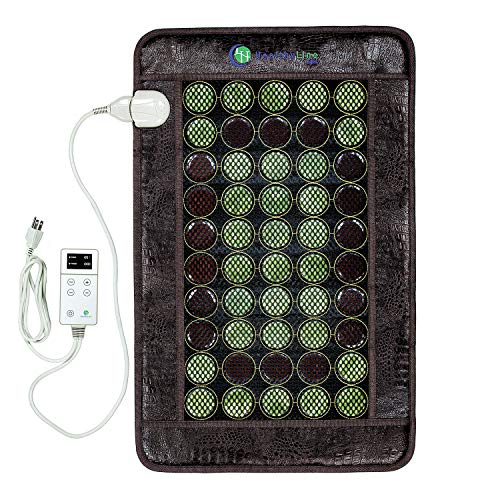 The always relevant Valdai Discussion Club, a Moscow-based think tank, for instance, is carefully tracking the trade aspect of the Russia-China strategic partnership:

“US policy will continue to seek a split between China and Russia. Europe remains an important partner for Moscow and Beijing. The situation in Central Asia is stable, but it requires the building up of Russian-Chinese cooperation.”

Putin, laterally, also weighed in on the EU-Russia saga, which is a subtext of that perennial battle between Russia and the West: “As soon as we began to stabilize, to get back to our feet – the policy of deterrence followed immediately… And as we grew stronger, this policy of deterrence was being conducted more and more intensely.”

I hinted last week at the intergalactic-distant possibility of a Berlin-Moscow-Beijing axis.

Media and telecoms analyst Peter G. Spengler in a lengthy email to me elegantly qualified it as belonging to Robert Musil’s sense of possibility, as described in his masterpiece The Man Without Qualities.

Peter Spengler also called attention to Leibniz’s Novissima Sinica, and particularly to an essay by Manfred von Boetticher on Leibniz and Russia, represented by Tsar Peter the Great, in which the role of Russia as a bridge between Europe and China is emphasized.

Even though Leibniz, in the end, never met Peter the Great, we learn that “it was always Leibniz’s goal to get practical application for his theoretical findings. Throughout his life, he was looking for a ‘great potentate’ who was open to modern ideas and with whose help he could realize his ideas of a better world. In the age of absolutism, this seemed to be the most promising perspective for a scholar for whom the progress of science and technology as well as the improvement of education and economic conditions were urgent goals.”

“Tsar Peter, who was as powerful as he was open to all new plans and whose personality fascinated him anyway, must therefore have been an extraordinarily interesting contact for Leibniz. Since Western Europe had come into closer contact with China through the Jesuit mission and Leibniz had recognized the importance of the millennia-old Chinese culture, he also saw in Russia the natural link between the European and Chinese cultural spheres, the center of a future synthesis between the Orient and the Occident. With the emerging upheavals in the Russian Empire, his hopes seemed to be fulfilled: Full of expectation, he followed the changes in Russia, as they were emerging under Peter I.”

Yet to evoke Leibniz at this stage is to dream of heavenly spheres. The pedestrian geopolitical reality is that the EU is an Atlanticist institution – de facto subordinated to NATO. Lavrov might want to behave like a Daoist monk, or even pull a Leibniz, but it’s hard when you’re forced to deal with a bunch of dummies.

It’s all about sovereignty

Rabid Atlanticists argue that non-entity Navalny is directly related to Nord Stream 2. Nonsense: Navalny was built (italics mine) by the usual suspects as a battering ram to undermine Nord Stream 2.

The reason is that the pipeline will consolidate Berlin at the core of the EU’s energy policy. And that will be a major factor in the EU’s overall foreign policy – with Germany, at least in theory, exercising more autonomy in relation to the US.

So here’s the “dirty” secret: it’s all a matter of sovereignty. Every geopolitical and geoeconomic player knows who does not want a closer Germany-Russia entente. 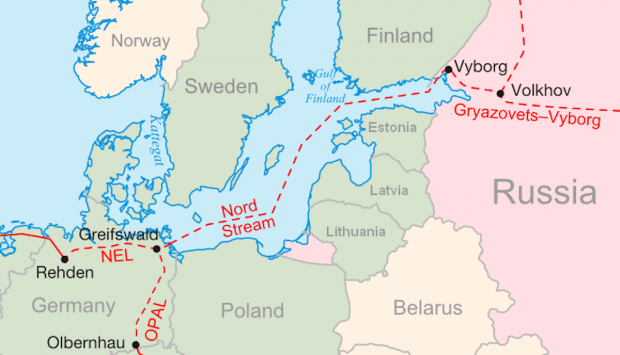 Now imagine a hegemonic Germany in Europe forging closer trade and investment ties with not only Russia but also China (and that’s the other “secret” inbuilt in the EU-China trade-investment deal).

So whoever is lodged in the White House, there’s nothing else to expect from the US Deep State apart from the “maniacal” push towards perennial, accumulated sanctions. 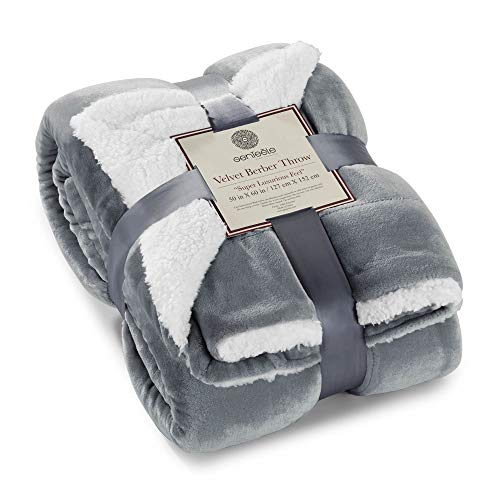 The ball is actually in Berlin’s court, much more than in the court of eurocratic nightmare Brussels, where everyone’s future priority amounts to receiving their full, fat retirement pensions tax-free.

Berlin’s strategic priority is more exports – within the EU and most of all to Asia. German industrialists and the business classes know exactly what Nord Stream 2 represents: increasingly assertive German sovereignty guiding the heart of the EU, which translates as increased EU sovereignty.

An immensely significant sign has been recently delivered by Berlin with the approval granted for imports of the Sputnik vaccine.

Is Musil’s sense of possibility already in play? It’s too early to tell. The hegemon has unleashed a no-holds-barred hybrid war against Russia since 2014. This war may not be kinetic; roughly, it’s 70% financial and 30% infowar.

A more sovereign Germany closer to Russia and China may be the straw that breaks the hegemon’s back.