How To Fight Deplatforming: Decentralize 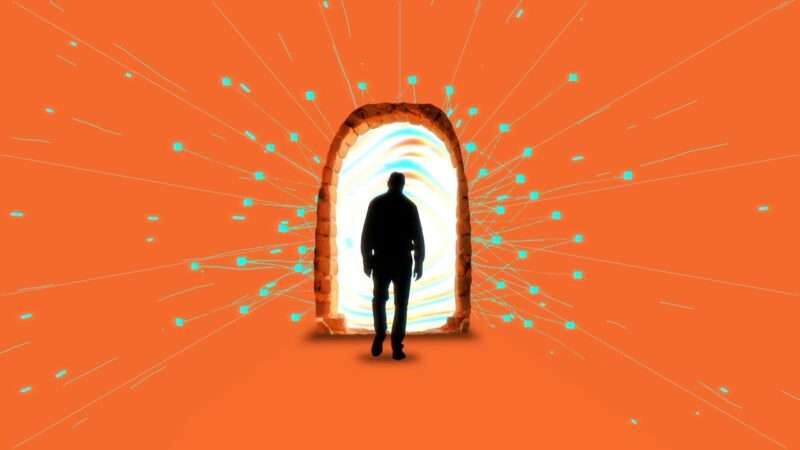 Does America need a Reality Czar? That was New York Times tech columnist Kevin Roose’s suggestion for how the Biden administration could help solve the so-called “reality crisis” facing the country.

The chaotic events of the January 6 Capitol riots marked the beginning of a new era of online content moderation. Not only did every major social media company kick Trump off their platforms, but Amazon Web Services, which owns about a third of the global cloud storage market, evicted the Twitter competitor Parler, and Apple and Google removed it from their app stores. Parler, which had signed on more than 13 million users, announced its relaunch on February 16.

Both Democrats and Republicans want Washington to have more influence over how big tech companies operate. There is a bipartisan push to repeal Section 230 of the Communications Decency Act, known as the internet’s First Amendment. Repealing Section 230 would give the government more power to hold social media companies liable for the content that appears on their platforms.

President Biden has said he supports repealing Section 230. During an interview with then-candidate Biden, The New York Times’s editorial board called the regulation foundational to the modern internet. Biden responded, “That’s right. Exactly right. And it should be revoked.”

But the great deplatforming of 2021 has also energized the movement to build a new, radically decentralized internet that would allow users to escape whatever form the Reality Czar takes. Many of the projects in this space are trying different approaches to solving the same set of problems, such as how to give individuals control over their own digital identities, and how to store data in the cloud so that it can’t be controlled or accessed by a large company subject to political pressure from the state.

Muneeb Ali is the CEO of Stacks, which has garnered some major backing for its effort to build a new computing platform that could become the foundation for a new decentralized internet.

“Regardless of which side of the debate you’re on with certain political figures getting banned on social media platforms, that is not the point,” said Ali. “The point is no one should have that type of power.”

Stacks is one of several startups that have devised a way for internet users to own their own digital identities. Today, Twitter, Facebook, and Google own and control user accounts on their platforms, which, as the tech giants have demonstrated, they can suspend or revoke at any time. With Stacks, Ali and his team are hoping to make it possible for users to take control of their own identities by storing them, not on the proprietary computing platforms of big tech, but on a public database that’s shared and maintained by people all over the world—the same one that’s used by the cryptocurrency Bitcoin, known as the blockchain. The idea grew out of Ali’s computer science dissertation at Princeton University.

“People feel really frustrated when Facebook changes the privacy terms on them,” said Ali. “We saw how Robin hood halted trading for certain stocks, right? It’s the same problem. It’s just manifesting in different ways…It’s really a battle for making sure that the rules are the same for everyone. And they cannot be changed by a handful of people.”

Google’s motto was once “Don’t Be Evil,” which it later dropped. Ali said that the idea behind Stacks is to make it so that we don’t have to trust the good intentions of fallible humans. Instead, we can trust the same mathematical tools that undergird bitcoin. In other words, according to Ali, Stacks can’t be evil.

“What we mean by ‘Can’t Be Evil’ is no one should have that kind of power…  And instead, you can replace that with mathematics and mathematical guarantees on certain things.”

Google and Facebook earn most of their revenue through advertising, which is so lucrative, in part, because they collect personal data about their users, allowing for direct targeting. A key component of the decentralized internet is replacing advertising and data harvesting with a new set of monetary incentives.

Participants in the Stacks network stand to earn bitcoin. Other decentralized web projects are taking a similar approach but using different cryptocurrencies, including Ethereum. Lokinet users earn a cryptocurrency called Oxen by running nodes on a private network to make all web activity anonymous, a kind of decentralized VPN.

Another problem that Stacks and other decentralized internet projects are trying to solve is to give internet users a place to store their websites, documents, photos, videos, and more—the type of information that currently lives in the giant data centers owned and operated by Amazon, Google, Microsoft, and others.

A project called Filecoin is building a decentralized cloud storage system that allows computers all over the world to contribute space on their hard drives, which can be accessed through the InterPlanetary File System (IPFS), an alternative protocol to the “http” that underpins today’s web. In exchange, they get paid with a digital token. If Parler ran on IPFS and Filecoin, it would be difficult for a government or any third-party actor, like Amazon, to shut down their service.

“In a world in which you can truly take your data with you and take the app with you and everything, you have so much more control,” said Molly Mackinlay, a project lead for IPFS.

“This is a much better model that’s gonna reduce a lot of the problems we’ve seen with centralized and, like, monetized and manipulated social networking,” Mackinlay said.

“We just address the problem at its root. It’s like, all right, well, may as well just rewrite it,” said Gaken Wolfe-Pauly, co-founder of Urbit.

Urbit is an entirely new operating system that Wolfe-Pauly envisions becoming as all-purpose as WeChat is in China. WeChat allows users to make social media posts, send direct messages, make calls, play games, hail taxis, and pay bills online and in-person. Except with Urbit, the user owns all the data, as opposed to a Chinese company that shares it with the government to monitor the activities of its citizens.

“WeChat is this sort of like single unified interface where I can do all the things that in the West we do with all these different apps,” Wolfe-Pauly said. “I think we can go much further…and what you really need for that is you have to address this industrial-scale software stack and get…a human-scale software stack, where they can actually control their computing again.”

Users purchase an identity, called a Planet in Urbit’s cosmic nomenclature, which is issued by a Star (a more expensive ID), usually owned by a developer, which are in turn issued by galaxies, the top of the identity hierarchy.

Although Urbit would be competing with tech giants like Apples and Google, Wolfe-Pauly is confident that users will eventually switch over to this new kind of experimental software stack.

“I find using centralized communication tools to just generally not feel good. It’s very clear where you are being manipulated,” said Wolfe-Pauly. “The feeling of using something you own and control and can do whatever you want with is a wonderful feeling that far outstrips anything that a sort of centralized and ad-funded provider can give to you.”

Decentralization projects face daunting challenges. They’re going up against the world’s wealthiest companies. The engineering challenges of building a decentralized platform are far greater than building a centralized one. And consumers almost always choose the most convenient option, even if it means handing control of their data and identities over to a third party.

The great deplatforming of 2021 may be waking some Americans up to the risk of trusting big tech with their digital property and identities. Signal and Telegram, which have ironclad end-to-end encryption, became two of the world’s most downloaded apps in early January, with encouragement from Tesla’s Elon Musk.

Wolfe-Pauly believes that although decentralized systems are difficult to build, history shows that most systems trend towards decentralization.

“The sort of arc of history just generally bends towards decentralization. People sort of want to be free. They want to be in control of their environments, their communities,” said Wolfe-Pauly. “The centralization of the internet is just not, it’s just totally unnatural. It’s not going to last.”

Kevin Roose, The New York Times reporter who suggested the need for a “reality czar,” fears that encrypted apps could become “huge shadow social networks,” unable to be monitored for misinformation and dangerous speech.

Urbit, for instance, was created by the programmer Curtis Yarvin, a controversial thinker whose ideas largely formed the basis of the right-wing philosophy known as neo-reaction. Yarvin, who is no longer affiliated with the project, is just the type of thinker researchers and journalists point to when arguing for stronger social media regulation.

Wolfe-Pauly rejects the notion that it is good to have corporate gatekeepers in order to police online hate speech and radicalization.

“The benefits of basically people having control over their tools just far outweighs the risks of somehow having to figure out how to moderate or enforce a singular rule set,” Wolfe-Pauly said. “The cat’s out of the bag. The world has been networked, the internet is kind of its own state in some ways. You kind of have this one world, which is the very managed centralized world, or you give people their own tools and let them run the network. I’ll definitely take the latter.”

“Do we want to live under almost like a ‘dictatorship,’ where 1 percent has a lot of control and power?” Ali asks. “Or, do you want to live in a place where society is able to self-govern and they have more of a say of what is okay, and what is not okay?” The second choice, says Ali, “is what free society is about.”