Soleimani Geopolitics, One Year On


One year ago, the Raging Twenties started with a murder.

It was an act of war for President Donald Trump to assassinate Major General Qassem Soleimani, Iranian commander of the Quds Force of the Islamic Revolutionary Guards Corps, alongside Abu Mahdi al-Muhandis, the deputy commander of Iraq’s Hashd al-Sha’abi militia, by laser-guided Hellfire missiles launched from two MQ-9 Reaper drones.

The drone strike at Baghdad airport, directly ordered by Trump, was not only unilateral, unprovoked and illegal; it was engineered as a stark provocation, to detonate an Iranian reaction that would then be countered by American “self-defense” packaged as “deterrence.” Call it a perverse form of double down, reversed false flag.

The imperial Mighty Wurlitzer spun it as a “targeted killing,” a pre-emptive op squashing Soleimani’s alleged planning of “imminent attacks” against US diplomats and troops. 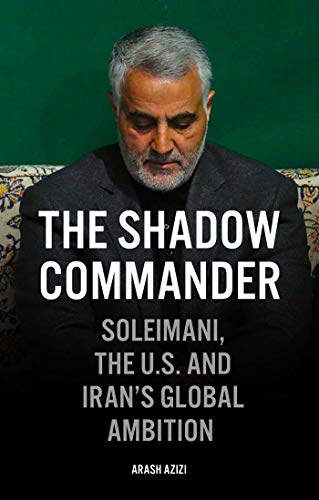 False. No evidence whatsoever. And then, Iraqi Prime Minister Adil Abdul-Mahdi, in front of his Parliament, offered the ultimate context: Soleimani was on a diplomatic mission, on a regular flight between Damascus and Baghdad, involved in complex negotiations between Tehran and Riyadh, with the Iraqi Prime Minister as mediator, at the request of President Trump.

So the imperial machine – in complete mockery of international law – assassinated a de facto diplomatic envoy.

The three top factions who pushed for Soleimani’s assassination were US neo-cons – supremely ignorant of Southwest Asia’s history, culture and politics – and the Israeli and Saudi lobbies, who ardently believe their interests are advanced every time Iran is attacked. Trump could not possibly see The Big Picture and its dire ramifications: only what his major Israeli-firster donor Sheldon Adelson dictates, and what Jared of Arabia Kushner whispered in his ear, remote-controlled by his close pal Muhammad bin Salman (MbS).

The armor of American “prestige”

The measured Iranian response to Soleimani’s assassination was carefully calibrated to not detonate vengeful imperial “deterrence”:

Predictably, the run-up towards the first anniversary of Soleimani’s assassination had to degenerate into intimations of US-Iran once again on the brink of war.

So it’s enlightening to examine what the Commander of the IRGC Aerospace Division, Brigadier General Amir-Ali Hajizadeh, https://www.tasnimnews.com/fa/news/1399/10/13/2423366/ 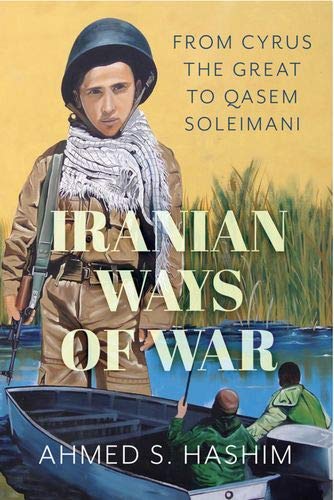 “The US and the Zionist regime [Israel] have not brought security to any place and if something happens here (in the region) and a war breaks out, we will make no distinction between the US bases and the countries hosting them.”

Hajizadeh, expanding on the precision missile strikes a year ago, added, “We were prepared for the Americans’ response and all our missile power was fully on alert. If they had given a response, we would have hit all of their bases from Jordan to Iraq and the Persian Gulf and even their warships in the Indian Ocean.”

The precision missile strikes on Ain al-Assad, a year ago, represented a middle-rank power, enfeebled by sanctions, and facing a huge economic/financial crisis, responding to an attack by targeting imperial assets that are part of the Empire of Bases. That was a global first – unheard of since the end of WWII. It was clearly interpreted across vast swathes of the Global South as fatally piercing the decades-old hegemonic armor of American” prestige”.

So Tehran was not exactly impressed by two nuclear-capable B-52s recently flying over the Persian Gulf; or the US Navy announcing the arrival of the nuclear-powered, missile loaded USS Georgia in the Persian Gulf last week.

These deployments were spun as a response to an evidence-free claim that Tehran was behind a 21-rocket attack against the sprawling American embassy in Baghdad’s Green Zone.

The (unexploded) 107mm caliber rockets – by the way marked in English, not Farsi – can be easily bought in some underground Baghdad souk by virtually anybody, as I have seen for myself in Iraq since the mid-2000s.

That certainly does not qualify as a casus belli – or “self-defense” merging with “deterrence”. The Centcom justification  actually sounds like a Monty Python sketch: an attack “…almost certainly conducted by an Iranian-backed rogue militia group.” Note that “almost certainly” is code for “we have no idea who did it”. 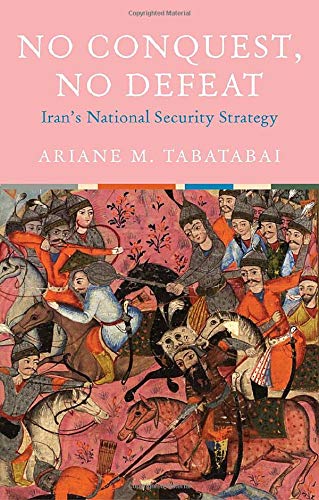 How to fight the – real – war on terror

Iranian Foreign Minister Javad Zarif did take the trouble (see attached tweet) to warn Trump he was being set up for a fake casus belli – and blowback would be inevitable. That’s a case of Iranian diplomacy being perfectly aligned with the IRGC: after all, the whole post-Soleimani strategy comes straight from Ayatollah Khamenei.

And that leads to the IRGC’s Hajizadeh once again establishing the Iranian red line in terms of the Islamic Republic’s defense: “We will not negotiate about the missile power with anyone” – pre-empting any move to incorporate missile reduction into a possible Washington return to the JCPOA. Hajizadeh has also emphasized that Tehran   has restricted the range of its missiles to 2,000 km.

My friend Elijah Magnier, arguably the top war correspondent across Southwest Asia in the past four decades, has neatly detailed the importance of Soleimani.

Everyone not only along the Axis of Resistance – Tehran, Baghdad, Damascus, Hezbollah – but across vast swathes of the Global South is firmly aware of how Soleimani led the fight against ISIS/Daesh in Iraq from 2014 to 2015, and how he was instrumental in retaking Tikrit in 2015.

profiled the man, and the sentiments he inspired. And Hezbollah’s secretary-general Sayed Nasrallah, in an extraordinary interview,  stressed Soleimani’s “great humility”, even “with the common people, the simple people.”

Nasrallah tells a story that is essential to place Soleimani’s modus operandi in the real – not fictional – war on terror, and deserves to be quoted in full:

“At that time, Hajj Qassem traveled from Baghdad airport to Damascus airport, from where he came (directly) to Beirut, in the southern suburbs. He arrived to me at midnight. I remember very well what he said to me: “At dawn you must have provided me with 120 (Hezbollah) operation commanders.” 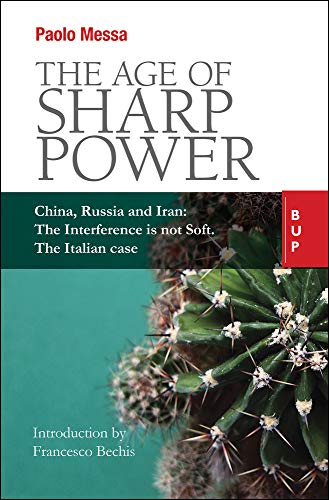 “But Hajj, it’s midnight, how can I provide you with 120 commanders?”

He told me that there was no other solution if we wanted to fight (effectively) against ISIS, to defend the Iraqi people, our holy places [5 of the 12 Imams of Twelver Shi’ism have their mausoleums in Iraq], our Hawzas [Islamic seminars], and everything that existed in Iraq. There was no choice. “I don’t need fighters. I need operational commanders [to supervise the Iraqi Popular Mobilization Units, PMU].”

This is why in my speech [about Soleimani’s assassination], I said that during the 22 years or so of our relationship with Hajj Qassem Soleimani, he never asked us for anything. He never asked us for anything, not even for Iran. Yes, he only asked us once, and that was for Iraq, when he asked us for these (120) operations commanders. So he stayed with me, and we started contacting our (Hezbollah) brothers one by one. We were able to bring in nearly 60 operational commanders, including some brothers who were on the front lines in Syria, and whom we sent to Damascus airport [to wait for Soleimani], and others who were in Lebanon, and that we woke up from their sleep and brought in [immediately] from their house as the Hajj said he wanted to take them with him on the plane that would bring him back to Damascus after the dawn prayer. And indeed, after praying the dawn prayer together, they flew to Damascus with him, and Hajj Qassem traveled from Damascus to Baghdad with 50 to 60 Lebanese Hezbollah commanders, with whom he went to the front lines in Iraq. He said he didn’t need fighters, because thank God there were plenty of volunteers in Iraq. But he needed [battle-hardened] commanders to lead these fighters, train them, pass on experience and expertise to them, etc. And he didn’t leave until he took my pledge that within two or three days I would have sent him the remaining 60 commanders.”

Orientalism, all over again

A former commander under Soleimani that I met in Iran in 2018 had promised me and my colleague Sebastiano Caputo that he would try to arrange an interview with the Maj Gen – who never spoke to foreign media. We had no reason to doubt our interlocutor – so until the last Baghdad minute we were in this selective waiting list.

As for Abu Mahdi al-Muhandis, killed side by side with Soleimani in the Baghdad drone strike, I was part of a small group who spent an afternoon with him in a safe house inside – not outside – Baghdad’s Green Zone in November 2017. My full report is here. 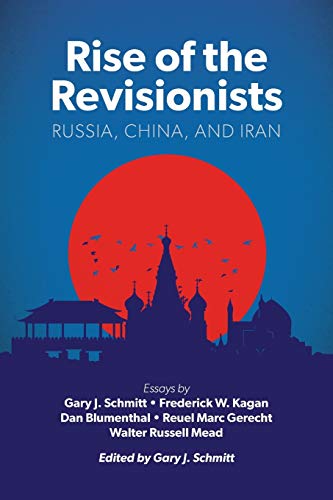 Prof. Mohammad Marandi of the University of Tehran, reflecting on the assassination, told me, “the most important thing is that the Western view on the situation is very Orientalist. They assume that Iran has no real structures and that everything is dependent on individuals. In the West an assassination doesn’t destroy an administration, company, or organization. Ayatollah Khomeini passed away and they said the revolution was finished. But the constitutional process produced a new leader within hours. The rest is history.”

This may go a long way to explain Soleimani geopolitics. He may have been a revolutionary superstar – many across the Global South see him as the Che Guevara of Southwest Asia – but he was most of all a quite articulated cog of a very articulated machine.

The adjunct President of the Iranian Parliament, Hossein Amirabdollahian, told Iranian network Shabake Khabar that Soleimani, two years before the assassination, had already envisaged an inevitable “normalization” between Israel and Persian Gulf monarchies.

At the same time he was also very much aware of the Arab League 2002 position – shared, among others, by Iraq, Syria and Lebanon: a “normalization” cannot even begin to be discussed without an independent – and viable – Palestinian state under 1967 borders with East Jerusalem as capital.

Now everyone knows this dream is dead, if not completely buried. What remains is the usual, dreary slog: the American assassination of Soleimani, the Israeli assassination of top Iranian scientist Mohsen Fakhrizadeh, the relentless, relatively low-intensity Israeli warfare against Iran fully supported by the Beltway, Washington’s illegal occupation of parts of northeast Syria to grab some oil, the perpetual drive for regime change in Damascus, the non-stop demonization of Hezbollah.

Tehran has made it very clear that a return to at least a measure of mutual respect between US-Iran involves Washington rejoining the JCPOA with no preconditions, and the end of illegal, unilateral Trump administration sanctions. These parameters are non-negotiable.

Nasrallah, for his part, in a speech in Beirut on Sunday, stressed,

“one of the main outcomes of the assassination of General Soleimani and al-Muhandis is the calls made for the expulsion of US forces from the region. Such calls had not been made prior to the assassination. The martyrdom of the resistance leaders set US troops on the track of leaving Iraq.”

This may be wishful thinking, because the military-industrial-security complex will never willingly abandon a key hub of the Empire of Bases.

More important is the fact that the post-Soleimani environment transcends Soleimani.

The Axis of Resistance – Tehran-Baghdad-Damascus-Hezbollah – instead of collapsing, will keep getting reinforced.

Internally, and still under “maximum pressure” sanctions, Iran and Russia will be cooperating to produce Covid-19 vaccines, and the Pasteur Institute of Iran will co-produce a vaccine with a Cuban company.

Iran is increasingly solidified as the key node of the New Silk Roads in Southwest Asia: the Iran-China strategic partnership is constantly revitalized by FMs Zarif and Wang Yi, and that includes Beijing turbo-charging its geoeconomic investment in South Pars – the largest gas field on the planet.

Iran, Russia and China will be involved in the reconstruction of Syria – which will also include, eventually, a New Silk Road branch: the Iran-Iraq-Syria-Eastern Mediterranean railway.

All that is an interlinked, ongoing process no Hellfires are able to burn.