What Happens When the Suspension on Evictions Ends


International Man: Earlier this year, CDC was able to extend its powers unprecedentedly by issuing a nationwide suspension on evictions.

What’s your take on how a public health agency grew to be in the position of telling property owners what they can do on their properties?

Doug Casey: Health paranoia is an excellent method of control. People put their health above almost everything. I’m only surprised it hasn’t been used as a lever up until now. It’s part of a trend toward mass control that has started in earnest early in the 20th century and has been increasing exponentially over time.

First was the income tax. If you didn’t comply, it was not only seen as a legal crime but also promoted as a moral sin. The prohibition of liquor from 1919 to 1933 got under way as a moral failing and then was turned into a crime. It’s the same with the prohibition of some drugs; Nixon started that hysteria in 1971, and it was put on steroids, so to speak, by Nancy Reagan. Next came the war on terror, especially since 2001. These were all promoted with both legal and moral taboos. Everybody is supposed to line up with them shoulder to shoulder, like in one of those old socialist realism propaganda posters the Soviets and the Nazis specialized in. The public is supposed to self-police under the supervision of the authorities, like they did in Salem in 1692. 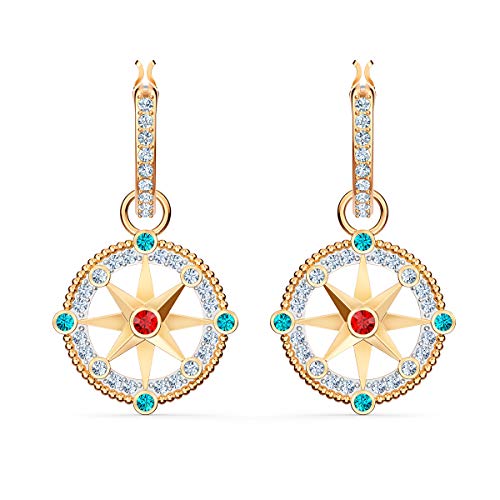 Public health is the current impetus for mass hysteria and paranoia. All of these things impinge upon your right to ownership of private property, including your own body, which is the primary form of property. The public health angle is potentially the most dangerous and invasive one from the viewpoint of freedom. Busybodies—the type of people who work for and actively support the State—always need an excuse to control others en masse. This pandemic provides an excellent template for the future.

Wearing a mask—whether or not you want to or think it helps—isn’t just about virtue signaling. It also shows whether you’re willing to do as you’re told—whether you’re “politically reliable”, as the communists like to say. It’s like wearing the Party’s armband.

In fact, wearing a mask and social distancing in stores, bars, restaurants, and gymnasiums shouldn’t be up to the government. It should be strictly up to the property owner. Decisions that the individual makes regarding his own health are his own; it’s between the individual and his doctor.

I have no problem if the owner of a bar or restaurant wants to keep me out if I’m not wearing a mask. It’s his property. He makes the rules. I can go elsewhere, where it suits me better. It’s an affront and an imposition on restaurateurs and storekeepers to be told what they and their guests can and cannot do.

This isn’t, incidentally, about a technical or medical problem. The value of wearing masks, social distancing, and obeying quarantines and lockdowns is questionable at best, as Sweden has shown. The real problem is ethical and that there’s no moral pushback from either the public or the property owners. People are arguing on strictly technical grounds: “Yes, you have a right to tell me what to do, and even close my business. But you shouldn’t because it’s not ‘fair’, or your solutions aren’t optimal”. They accept the busybody’s premises. The argument is over before it even begins. Americans are truly acting like whipped dogs.

Whether the masks, distancing, and the rest of it work or not, isn’t the point. My own belief is they’re at best of marginal value and may well be counterproductive. But that’s beside the point. The point is that it’s immoral and destructive for the State to tell people how to relate to each other. 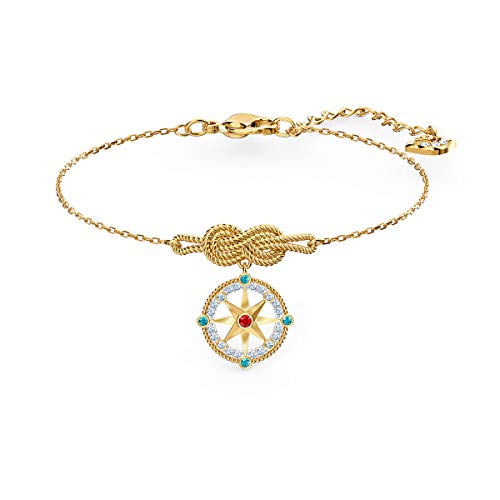 As for the CDC, it’s just another government bureaucracy concerned with putting itself in the limelight, gaining more power, enhancing its budget, and the number of its employees—and making Fauci, a lifelong but previously insignificant swamp creature, into an international celebrity.

International Man: Currently, over 18 million Americans are currently behind on their mortgage or rent payments.

That temporary suspension on evictions ends December 31st. What do you think will happen next?

Doug Casey: Just as with the financial markets, the government has no alternative but to “do something.” They will—they have to—print more money to keep the rotten house of cards from collapsing on itself.

The Democrats have already said that they want to increase the next stimulus to over $3 trillion. The fact that most of the last round of stimulus was either overtly wasted, went to cronies, or can’t be accounted for, is completely lost on them. They recognize that unless they give a lot of money directly or indirectly to the hoi polloi, there are going to be millions of them on the streets.

Approximately 11 million renters and 4 or 5 million mortgagees are now in forbearance. They’ll be kicked out of their houses and apartments come January 1, barring a huge bailout. Where are those people going to go?

If Obama had made good on his ridiculous promise about shovel-ready projects, there’d be a lot more bridges that they could camp out under. But he didn’t. They have a real problem on their hands. Millions of people have been living above their means and have no savings. At this point, if they let landlords and banks kick all those people out, a number of things will happen. Residential property prices will collapse. Millions of people will be scrambling for somewhere to live. Lots of banks and landlords would go bust.

The longer the government kicks the can down the road, the bigger the inevitable bust will be. The stimulus money will have to continue because Biden doesn’t want it all to come unglued on his watch. The State is not only going to have to pay individuals and business owners that their idiotic policies have busted. They’ll be subsidizing banks, landlords, and utility companies—because you can’t live in a house or an apartment without water and electricity. 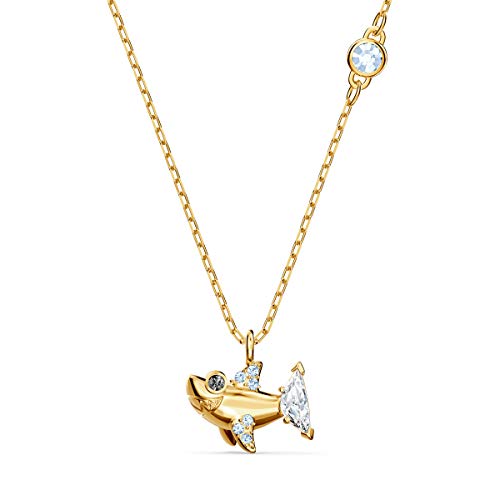 And no one’s talking about how to cover the real estate taxes due on these properties. Many local governments are already bankrupt. Their expenses are going way up even while their tax income collapses. The whole country has painted itself into a corner at this point. That’s what happens when you adopt a collectivist economic policy, as the Soviets, the Chinese, and scores of other countries have discovered.

I’m not sure how they’re going to get out of it because the economy itself has just started to collapse. Of course, they’ll print up more money because they see that as a solution when it’s actually a cause. It’s going to worsen the collapse.

International Man: For the tens of millions behind on their mortgage and rent payments, will their back rent and overdue payments ever be repaid?

Doug Casey: The government will not only have to pay the rent for the future, but it’s going to have to cover landlords’ previously unpaid rent—if they don’t want lots of bankrupt landlords and banks.

It will lead to a guaranteed annual income, which they’ve been thinking about for some time. In some cases, the government will take over properties. It’s nothing new. Most major US cities already have significant public housing. None of it’s good, but most isn’t as bad as Cabrini-Greene or Pruitt-Igoe.

Who knows where this daisy chain will lead? With all the unemployed people who can’t pay their rent, perhaps the government will develop something like national service. Then there will be millions more people working for the government, doing god knows what. It will lead to the socialization of society. Remember, this COVID hysteria is just the pin that broke the bubble. The Greater Depression was already in the cards. Americans will beg the government to cure it, which is guaranteed to make it vastly worse and longer-lasting and invite some charismatic authoritarian to be their savior and take charge.

International Man: Assuming the COVID hysteria and lockdowns are behind us in 2021, what lasting effects could we see taking place?

Doug Casey: It’s going to destroy the restaurant, retail, and travel industries all at once. 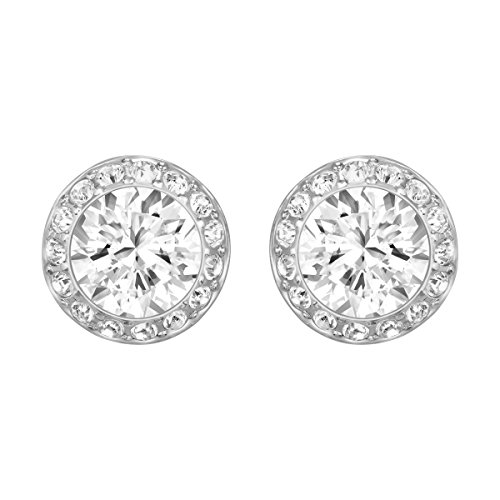 Stores, restaurants, and small businesses are always failing—maybe 15% of them annually— and new ones are starting up in normal times. It’s the circle of life. The problem is that about half of these businesses are failing all at once. That makes it much harder to recover.

The economy is a lot like a body. If you burn your finger, it hurts, but you’ll recover. But if you suffer burns on over 50% of your body all at once, it might kill you. That’s what we’re looking at right now.

Commercial real estate is another area that is going to be devastated because a lot of people will continue working at home and prefer it over working in an office.

Who knows what’s going to happen to all that commercial real estate and how it’s going to be repurposed. It’s certainly going to consume a huge amount of capital.

Another area that will change is schools. I would have been happy to have a year off from school because classes bored me. I would have read many more things on my own. But today, most kids don’t read books. Public school kids are lucky to absorb a few things by osmosis.

Now they’re mostly playing video games or are on social media—mostly doing nonproductive things on their computers at home. I don’t know the effect of not being able to associate with other kids.

For most kids, it may be damaging. On the bright side, many parents have decided that school is a waste of time and have started homeschooling their kids. That’s generally a positive thing.

Here’s the important thing, we don’t know how long this hysteria is going to last. People are so scared that they’ll be easy to control for fear of the next real or imagined virus that comes down the road. When people are scared and don’t know what to do, they will want somebody to kiss it and make it better.

So, I expect we’re heading towards a genuine strong man for president in the US, whether that’s Kamala Harris or somebody else. If the 2020 election was bad, the 2024 election would be worse.

Reprinted with permission from International Man.


The Best of Doug Casey