Execution squad? The more that comes out about the federal task force killing of Portland murder suspect Michael Forest Reinoehl, the worse his death looks.

A benefit-of-the-doubt reading here would be that Trump’s “they” who “didn’t want to arrest” was a reference to the Portland police—who hadn’t yet arrested Reinoehl by the time the task force intervened—and not an admission that agents didn’t want to take Reinoehl in alive (as some have been reading it).

But either way, the end of the mission is nothing to be bragging about. By many accounts, the officers didn’t even attempt to arrest Reinoehl peacefully.

Investigators said this week that Reinoehl—pursued for fatally shooting Aaron “Jay” Danielson during a confrontation at an August 29 protest in Portland—had a loaded handgun when local law enforcement serving on the U.S. Marshals Pacific Northwest Violent Offender Task Force killed him on September 3. But the gun was still in Reinoehl’s front pants pocket as police fired more than 30 bullets at him.

One member of the task force claimed that Reinoehl pointed a gun at them. Another said that didn’t happen, but Reinoehl was reaching for a gun when they shot him. A U.S. Marshal’s Office press release claimed Reinoehl “produced a firearm, threatening the lives of law enforcement officers.”

This week, Thurston County Sheriff’s Lt. Ray Brady said that Reinoehl’s hand may have been on a gun or may have been merely “near” the gun.

At a Tuesday press conference, investigators said they still do not know if the gun in Reinoehl’s pocket on the night of his death was the same gun used to kill Danielson a few nights prior.

Almost two dozen witnesses to Reinoehl’s subsequent death say task force members never identified themselves or warned Reinoehl before opening fire on him, though Sheriff Brady disputed this on Tuesday.

Nathaniel Dingess, who lived nearby, told The Oregonian in September that he “saw Reinoehl walk toward his car holding a cellphone in his hand when two unmarked law enforcement vehicles converged outside the complex [and] began firing at Reinoehl.” After initially shooting, they told Reinoehl to halt and then resumed shooting, Dingess said, adding that he never saw Reinoehl reach for a gun.

The New York Times talked with 22 people who had been nearby when Reinoehl was killed, and only one recalled the task force members saying anything before they starting shooting:

Of the five eyewitnesses, none saw Reinoehl holding or reaching for a gun.

Despite the questions surrounding the officers conduct, Trump has repeatedly bragged about this operation—and even described it as “retribution.”

Trump: We sent in the US Marshals, took 15 minutes and it was over… They knew who he was, they didn’t want to arrest him and 15 minutes that ended pic.twitter.com/fJA5BsJVeF

Presidential candidates Joe Biden, Donald Trump, and Jo Jorgensen fielded voter questions on Thursday night. On a night originally slated for a debate between Trump and Biden, the Republican and Democratic nominees instead squared off in dueling TV interviews.

During Biden’s time taking questions in Philadelphia from ABC host George Stephanopoulos, Biden said police should shoot people in the leg as a deescalation tactic (this is a bad idea); asked if he supports court packing, he said he was “open to considering what happens” after the Amy Coney Barrett confirmation process.

“We shouldn’t be defunding cops,” Biden says, suggesting instead that there be more mandates and training for police officers.

Including, I guess, telling them to shoot people in the leg?

On NBC, Trump spread major misinformation about masks, claiming erroneously that the Centers for Disease Control and Prevention said “that 85 percent of the people wearing masks catch” COVID-19. He also evaded questions about his taxes, whether he took a coronavirus test before the first debate, and more. And he claimed (once again) that he has “done more for the African-American community than any president with the exception of Abraham Lincoln.”

Trump, once again, is saying he has a plan to replace Obamacare, then explaining that he…got rid of Obamacare’s individual mandate. Which is neither repeal nor replace.

It’s like promising to do the dishes, then when the dishes aren’t done saying, I cleaned a fork. 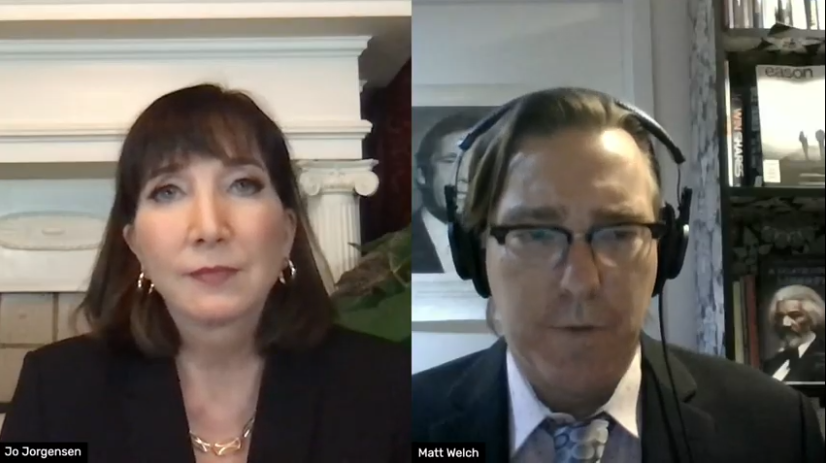 Federal Communications Commission (FCC) Chair Ajit Pai announced yesterday that he will accept the Trump administration’s request to “interpret” Section 230. While Pai’s announcement isn’t necessarily bad news, it’s not a good sign that he announced the effort in a statement misrepresenting the law as a special protection for tech companies—a popular bit of ant-230 propaganda that simply is not true.

Ironically, @AjitPaiFCC is adding to the confusion by misstating the law. Section 230 does NOT convey “a special immunity denied to other media outlets, such as newspapers and broadcasters.” It applies all the same to social media companies, newspapers, broadcasters, you, and me. https://t.co/PqmEeHn7Sv

Prominent Republicans pushed several misconceptions about Section 230 yesterday, as hysteria about it reaches a fever pitch among extremely online conservatives. The most prominent of these is the idea “publisher” and “platform” are legal categories which websites must stay on one side or the other of.

Every time someone writes this, translate it as “I am completely ignorant of Internet law.” Not because they’re “really” platforms, but because the categories are wrong. The law doesn’t classify companies as “publisher” or “platform.” https://t.co/XG2qm35xvK

(For good primers on Section 230 myths, see this Reason TV video and this Techdirt post.)

Bill Gates questions antitrust investigation. Microsoft founder Bill Gates spoke out against the congressional strategy of tackling tech companies’ potential antitrust violations as a group, rather than on a company-by-company basis. “I think it’s kind of unfortunate that they’re grouping the companies together, because there are so many different issues,” Gates said at the GeekWire Summit. Antitrust enforcers famously targeted Microsoft in the 1990s.

“If they want to get serious, they’re going to have to focus in, enumerate the issues and them debate them. So I’d say we’re kind of at the beginning,” he continued. Gates thinks we should be having more conversation about how tech practices affect consumers and “a little less about demonizing the specific people involved.”

Gates also commended today’s tech CEOs for their ability to play nice with politicians and regulators:

I think the main mistake I made, which was not realizing how important it would be to develop relationships in Washington, be engaged there—these companies are not making the same mistake that I made. They have lots of people. Jeff even has a nice house in Washington, DC. They may even be making some other mistakes. But everybody saw what I did and knows better now.

If their recent treatment is what it looks like when they suck up to D.C. power, I shudder to think what things would look like otherwise.

Twitter is revising its hacked materials policy after the company used it as grounds to remove a New York Post story about Joe Biden and his son Hunter.

Over the last 24 hours, we’ve received significant feedback (from critical to supportive) about how we enforced our Hacked Materials Policy yesterday. After reflecting on this feedback, we have decided to make changes to the policy and how we enforce it.

• In which Trump does not appear to realize that The Babylon Bee is a satire site:

Twitter Shuts Down Entire Network To Slow Spread Of Negative Biden News https://t.co/JPmjOrKPcr via @TheBabylonBee Wow, this has never been done in history. This includes his really bad interview last night. Why is Twitter doing this. Bringing more attention to Sleepy Joe & Big T

• After a woman used a racial slur outside a grocery store in Pennsylvania, “the Allegheny County District Attorney’s Office determined that the woman’s alleged conduct supports the ‘charging of several violations.'” But Gisele Barreto Fetterman, the target of the slur and the wife of Pennsylvania Lt. Gov. John Fetterman, told police she didn’t want to press charges.

• “The government can pursue people for disclosing classified information, but it can’t stop them from publishing books just because they might make the president’s family look bad,” writes national security lawyer Mark S. Zaid at The Washington Post.

• A tiny bit of good news on the free speech and free markets fronts: “A judge in San Francisco said Thursday she’s not likely to lift a temporary block on the US government’s attempts to ban WeChat,” reports The Verge. “Beeler did not issue a ruling Thursday but said the government had not presented new evidence to persuade her that there were significant national security concerns with allowing WeChat to remain active in the US.”

• What happens if Roe v. Wade is overturned?

• Rick and Morty is extremist material in Russia:

For those who like government using vague definitions to regulate speech: in Russia #RickAndMorty was just added to the federal list of extremist materials. #freespeech Protect #Section230 pic.twitter.com/ZLIiUaeJIw