Defense contractors make out big from funds allotted for pandemic response. The Department of Defense (DOD) got $1 billion to “prevent, prepare for, and respond to coronavirus.” Instead, it used a lot of the funds—allotted by Congress in March as part of the Coronavirus Aid, Relief, and Economic Security (CARES) Act—to buy more machinery of war, doling it out to defense contractors for things like drone surveillance tech and developing a new flight controller.

The Washington Post, which uncovered the questionable spending, reports that “hundreds of millions of dollars from the fund” went to “projects that have little to do with the coronavirus response,” including:

$183 million to firms including Rolls-Royce and ArcelorMittal to maintain the shipbuilding industry; tens of millions of dollars for satellite, drone and space surveillance technology; $80 million to a Kansas aircraft parts business suffering from the Boeing 737 Max grounding and the global slowdown in air travel; and $2 million for a domestic manufacturer of Army dress uniform fabric. […]

Hundreds of millions of dollars also flowed to several large, established companies, such as GE Aviation, a subsidiary of General Electric, which received two awards worth $75 million in June. A subsidiary of Rolls-Royce received $22 million to upgrade a Mississippi plant.

In addition, “10 of the approximately 30 companies known to have received” DOD money “also received loans through the Paycheck Protection Program, another relief package created by the Cares Act,” points out the Post.

Weber Metals, a California-based subsidiary of German firm Otto Fuchs, received between $5 million and $10 million through PPP in April to support 412 jobs, and then got an extra boost through a $25 million DOD relief award in June. Weber officials did not respond to requests for comment. […]

ModalAI, a small California company that builds drone flight controllers and computing platforms, received $3 million through the Pentagon program for an 18-month effort to develop a new flight controller. In April, it received a PPP loan of between $150,000 and $350,000.

“We need to always remember that economic security and national security are very tightly interrelated and our industrial base is really the nexus of the two,” said Ellen Lord, undersecretary for acquisition and sustainment, in a statement.

The agency was far from the only entity to put CARES Act money to questionable ends, or the only failure of federal lawmakers and agencies to properly oversee that spending—a lot of which ended up going to bail out state-favored industries and to pet projects with questionable relation to fighting disease or dealing with economic hardships.

But the government giving out masses of money to buy military gear and calling it a life-saving attempt to help the American people through the coronavirus pandemic is probably the most egregious perversion of the concept of public health.

Some Democrats in Congress are now calling for an official investigation. “For the Administration to choose to use funds Congress made available to fight COVID-19 on the wish lists of defense contractors … is unconscionable and should be investigated fully and prosecuted if warranted,” wrote Reps. Mark Pocan (D–Wisc.) and Barbara Lee (D–Calif.) in a letter to the heads of the House Committee on Oversight and Reform and the House Armed Services Committee.

Maybe they and other members of Congress shouldn’t have handed over a billion in free-floating pandemic-relief funds to the Defense Department in the first place.

The Department of Homeland Security reportedly recalled 20 open-source intelligence reports, which “had already been shared with state and local officials,” reports CNN. More:

The recalls come in the wake of a shakeup at the DHS Office of Intelligence and Analysis, stemming from a July report that the department compiled “intelligence reports” about the work of two US journalists covering protests in Portland, Oregon.

After that report, acting Homeland Security Secretary Chad Wolf directed the intelligence branch to cease collecting information involving US members of the media and ordered a review of the incident. The move was in response to a Washington Post report that DHS disseminated three Open Source Intelligence Reports summarizing tweets written by the two journalists.

A potentially positive development on the fight over independent contractors? “The Labor Department on Tuesday announced a proposal that could deem millions of janitors, construction workers and gig workers to be contractors rather than employees, its most ambitious step toward blessing the business practices of companies like Uber and Lyft,” reports The New York Times:

The proposal is a so-called interpretive rule, not a regulation that has the force of law. But it could have significant influence were it to be finalized.

It would technically cover only laws that the Labor Department enforced, like the federal minimum wage and overtime rules. States and other federal agencies, like the Internal Revenue Service, would be free to make their own determinations, as California has done in a recently enacted law that effectively requires companies like Uber and Lyft to classify their workers as employees.

But employers tend to follow the department’s guidance, and the determination could have influence in other contexts and jurisdictions.

Elderly prisoner who sold pot released despite the Department of Justice’s (DOJ) objections.

Actual arguments DOJ is making in an attempt to block compassionate releases of elderly and medically vulnerable people incarcerated in federal prisons: they were going to die in prison anyway, so who cares if it’s from COVID or something else? Totally sick. https://t.co/bAy4Ubli6h

Atilano Dominguez, who is 80 years old and was jailed for 27 years for selling marijuana, was granted compassionate release, according to Kevin Ring of FAMM, which fights mandatory minimum sentencing laws and advocates for criminal justice reform. 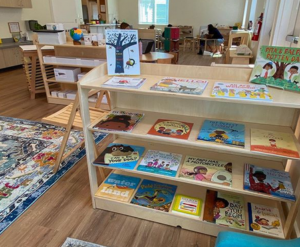 • The House of Representatives has decided to keep funding the government.

• Introducing the Bezos Academy, a free Montessori-style preschool funded by Amazon founder and CEO Jeff Bezos. “This classroom is just the beginning,” Bezos posted to Instagram. “The @bezosacademy opens its doors on Oct. 19th. This one in Des Moines, WA, is the first of many free preschools that we’ll be opening for underserved children.“

• Former New York City Mayor Michael Bloomberg raised “between $17 million and $20 million” for the Florida Rights Restoration Coalition (FRRC) to help cover costs for people who have served felony sentences but cannot vote because of unpaid court fees and fines.

• Will Pennsylvania be the Florida of the 2020 election?

• Wired takes a deep dive into the California Consumer Privacy Act and why privacy advocates don’t want to see it strengthened.

• SXSW is already announcing that it will be entirely online in 2021.