The Totalitarian Tendencies of the Woke 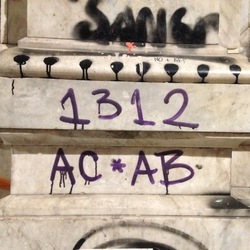 One of the best-selling books in America right now, Ibram Kendi’s “How to Be an Antiracist,” calls for some astonishingly autocratic policies. It would establish a federal Department of Anti-racism with veto power over any local, state, or federal policies considered racially inequitable by its bureaucrats. (No one in the agency would be appointed by or accountable to the president or Congress.) It would also “investigate private racist policies” and “monitor public officials for expressions of racist ideas … empowered with disciplinary tools to wield over and against policymakers and public officials who do not voluntarily change their racist policy and ideas.”

This proposal to tear up both the checks and balances on executive fiat in Washington and the protections for individual rights embedded in our Constitution is one indicator among many that woke activists have fallen headlong for authoritarianism.

Their very language of group conflict and oppression is of course taken directly from Marxism. And there is a harsh intemperance and lack of proportionality in the behavior of today’s social-justice warriors. They say white supremacism is universal in America, not an aberration. Their favored graffiti spray tag is “ACAB” (All Cops Are Bastards). They want to defund and shut down police departments, not fix them. They call for lawmakers to “abolish ICE” and fling our southern border wide open. There is a growing fanaticism in which gray arguments and toleration for opposing points of view disappear.

If politics is the methodical organization of resentments, identity politics runs on the methodical organization of rage. Rage is an awful fuel for the gradual give-and-take needed to produce social progress in a non-authoritarian democracy. Alas, the Americans under age 30 who are manning the barricades of identity socialism loathe messy give-and-take. They prefer, as columnist Bari Weiss has noted, to squash resisters. Revolution rather than reform is increasingly the goal.

There is a soaring tendency to personalize disagreements. Protesters now regularly descend on the homes of people they disagree with. They hound them in restaurants. They harass family members. They release phone numbers and personal information online (“doxing”). They get opponents disinvited from public events, and dismissed from public posts (“deplatforming”).

Character assassination and purges — also hallmarks of a totalitarian temptation — are on the rise. A University of Chicago economist was forced to resign as editor of the Journal of Political Economy after he argued, “We need more police, we need to pay them more, we need to train them better.” (The day he wrote that, June 8, was the most murderous ever recorded in his home city; Chicago’s homicide rate is currently up 51% from the previous year.) When he said poor people benefit from positive role models, Pete Buttigieg was denounced as racist. The art and museum world was swept by severe ideological purges this summer.

Intellectual standardization of the mass media is another hint of totalist currents. Lexis-Nexis searches show that woke jargon and orthodoxies have become a uniform language within the media in recent years. The press ideal for generations — objectivity — is now attacked not only by agitators but by progressive journalists themselves as “a pillar of white supremacy.” On stories touching upon race, transsexuality, immigration, and other identity topics, many reporters now profess that the goal should be “truth” rather than objective discussion. The longstanding ideal of making newspapers and magazines mixed marketplaces of contending ideas, and letting readers decide issues for themselves, is now being savagely rejected by much of the press.

A former Time editor recently called for new laws penalizing hate speech. A Vox reporter wants all publications to ban from their op-ed pages any argument that supports today’s elected administration. The current Washington Post media columnist has repeatedly said that trying “to ‘represent all points of view equally’ is absurd,” and that journalists should advocate rather than aim to be balanced.

When Weiss was driven from the New York Times in June, she described the “civil war” raging inside that paper, a pattern of browbeating and bullying of centrists by progressive colleagues that has become common across the major media. “A new consensus has emerged in the press,” she cautions, “that truth isn’t a process of collective discovery, but an orthodoxy already known to an enlightened few whose job is to inform everyone else.”

Orwell described how totalitarian movements dictate what ideas and language will be deemed socially acceptable. He referred to this as groupthink. Ideological movements feel deeply threatened by mavericks who violate their groupthink, and so persecute them.

In Maoist China and Stalinist Russia, the purging impulse eventually led to party members attacking other party members for being marginally less sanctified. We are now seeing similar phenomena within the identity politics movement. At left-wing Evergreen State College, Bernie Sanders enthusiast Bret Weinstein was hounded off the faculty for resisting a demand by black activists that all whites vacate the campus for a day. One of the nation’s largest public radio stations, WNYC, recently faced a revolt after it chose a progressive white woman instead of a person of color to head its newsroom. The purity standard rises higher and higher.

Another indicator of the totalitarian temptations within today’s identity politics is the surging reality of violence. There is the psychic violence of vendettas pursued by Twitter hunting packs. There are the shout-downs, table-turnovers, and physical trashings that the non-woke now regularly face on campuses. Smashed buildings and statues, looting, and arson became commonplace in American cities this summer. And the paramilitary enforcers of identity politics increasingly carry out assaults like the recent beating of a Wisconsin state senator (a gay Democrat) for filming riots, and the killing of a Portland businessman for counter-protesting.

A generation ago, “Power and Purity” author Mark Mitchell has noted, many people “were wringing their hands over the ‘moral relativism’ of the young. Today, moral relativism is not the problem. … If you listen to the rhetoric of the social-justice warriors, you hear not the easygoing platitudes of the relativist but the hard-edged assertions of the absolutist. When people march in the streets, picket their opponent’s house, and threaten their political enemies with violence, they are expressing not moral relativism but supreme moral confidence. The humility required to listen patiently and respond charitably has nearly vanished.”

A longer essay on this topic will appear in the fall issue of Philanthropy magazine.

Karl Zinsmeister is editor in chief of Philanthropy magazine and creator of The Almanac of American Philanthropy, both published by the Philanthropy Roundtable.

Five Ways Justice Ginsburg’s Death Will Affect the Supreme Court Before Her Successor Is Confirmed – Reason.com