More Ideas that Can Help Repair and Extend the Rule of Law – Reason.com 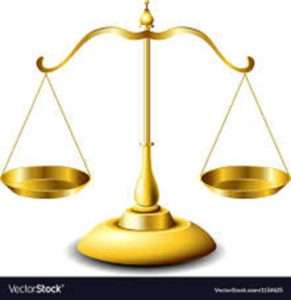 Like co-blogger Jonathan Adler, I was greatly impressed by Paul Rosenzweig and Vishnu Kannan’s recent article on “Repairing the Rule of Law: A Post-Trump Agenda.”I agree with nearly all of their proposals, with the possible exception of DC statehood. On the latter, I don’t have strong views either way, though I agree with Jonathan’s comment that it doesn’t really qualify as a rule of law issue. Jonathan is also right to emphasize that these reforms (and those Jonathan himself adds to the list) are worth pursuing regardless of who wins the November election. Most of them address issues that are not unique to Trump, even if his tenure in office has highlighted their importance.

I would add two other items to those proposed by Rosenzweig, Kannan, and Adler. Both are also issues that predate Trump and are likely to outlast him, even though his abuses of power have highlighted their importance:

As currently interpreted by the Supreme Court, the law gives the president the authority to impose almost any immigration or trade restrictions he wishes, for virtually any reason. That is both bad policy and deeply inimical to the rule of law. I discussed these issues in  greater detail with respect to immigration here, here, and here, and trade here.

Most recently, a similar problem has emerged from the Trump administration’s claim that the Center for Disease Control has virtually limitless authority to enact any regulation that might in some way reduce the spread of contagious disease (which effectively means the power to suppress or restrict almost any activity of any kind).

As discussed in various pieces linked above, this can be accomplished by stronger judicial enforcement of the nondelegation doctrine. But it can also be achieved by Congress passing laws paring back or eliminating the relevant statutes. I suspect we will ultimately need some combination of both. If claims of limitless

2. Subject immigration restrictions to the same constitutional constraints as those that apply to other federal laws.

As described in greater detail in my October 2019 Atlantic article on this subject, current Supreme Court precedent largely exempts immigration restrictions from most of the constitutional constraints that apply to virtually all exercises of federal power. This enables the President and Congress to engage in otherwise unconstitutional discrimination on the basis of religion, ethnicity, and political speech, and to exempt immigration detention and deportation from due process constraints that regulate other serious deprivations of liberty. The effect of this double standard is both a menace to the rule of law that lacks any basis in the text or original meaning of the Constitution, and a whole host of injustices (including many that impact US citizens as well as potential immigrants).

Eliminating this double standard, would not result in the end of all immigration restrictions. Far from it, in fact. But it would eliminate the use of unconstitutional discrimination, and subject enforcement measures to the same types of due process constraints that we take for granted in other areas of law.

As with nondelegation, the elimination of constitutional double standards on immigration law can be accomplished by some combination of court decisions reversing or limiting the relevant precedents, and congressional action. The No Ban Act proposed by congressional Democrats would be a great start on the latter front. It would impose important new constraints on both discrimination and delegation in the immigration context.

Much more can be said both on these two topics and on the more general issue of strengthening the rule of law. I am grateful to Paul Rosenzweig, Vishnu Kannan, and Jonathan Adler for jump-starting this much-needed discussion, which I hope will continue over the next few months and beyond.