Jeffrey Goldberg Defends Use Of Anonymous Sources: “These People Are Not Anonymous To Me”https://www.realclearpolitics.com/” Video 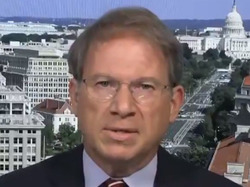 “The Atlantic” editor-in-chief Jeffrey Goldberg joined CNN’s Brian Stelter on Sunday morning to defend his reporting based on anonymous sources that President Trump referred to dead American soldiers as “losers” and “suckers” during a trip to France in 2018.

Trump strongly denies the accusation and accused Steve Jobs’ widow of “wasting money he left her on a failing Radical Left Magazine (Atlantic) that is run by a conman (Goldberg).”

“I would fully expect more reporting to come out about this and more confirmation and new pieces of information in the coming days and weeks,” Goldberg told CNN’s media correspondent Brian Stelter on the aptly-named “Reliable Sources” this week. “We have a responsibility and we’re going to do it regardless of what [Trump] says.”

“We all have to use anonymous sources, especially in a climate where the president of the United States tries to actively intimidate,” Goldberg said of his editorial decision to cite anonymous sources. “These are not people who are anonymous to me.”

Steve Jobs would not be happy that his wife is wasting money he left her on a failing Radical Left Magazine that is run by a con man (Goldberg) and spews FAKE NEWS & HATE. Call her, write her, let her know how you feel!!! https://t.co/wwuoP85bQE

“We are not going to be intimidated by the president,” Goldberg said. “We’re going to do our jobs.”

The Biden campaign and anti-Trump Lincoln Project quickly pounced on the story over the weekend, with the DNC releasing this new ad:

This is who Trump is: someone who calls America’s veterans and fallen service members “losers” and “suckers” then vehemently denies he ever said it.

So, who do you believe? Trump? Or the Atlantic, Associated Press, Washington Post, New York Times, Fox News and CNN? pic.twitter.com/ZmWTi9npCe

Goldberg also spoke out on CNN on Friday: