Wake Up and Smell the 3 Cs–Community, Cash, and Coin (Coffee optional)


Reversing from exploited division to creative and healthy solidarity will need to be the mantra and guiding principle going forward if we the people are to take back our economy.

In the last essay I remarked that through a combination of internal pressures (disenchantment and material hardship) and external pressures (Covid-19 and catastrophic concentration of global wealth), Americans were going to have to learn to break trust with the promises of a rigged and unsustainable American Dream, decline participation in its mandates (i.e. “patriotic buying” and slaving away in dead-end jobs), and actively rebel against the system by withdrawing energy, money, and work and putting it into new, fairer, more democratic, and more creative systems.

Threats by the big guys of ruining your credit, or you missing out on the next big thing don’t mean much when the emerging reality is leading AWAY from the proffered promises of a future material heaven.

All empires fall, without exception, and they fall for many of the same reasons–corruption of the original founding ideal, loss of creativity, boredom, lack of concern for others, and an indoctrination that demands no virtues or qualities of ultimate value from its citizens.

I talked about all the ways we can unplug from “Big Everything”, but what about plugging into SMALL everything? Charles Hugh Smith has already devoted a good part of his writing toward discussing what this might look like. But let’s start the conversation again in light of Covid-19.

In my book, Transforming Economy: From Corrupted Capitalism to Connected Communities, I talked about moving from an instrumentally-focused economy run on human capital, materialism, and scarcity toward an intrinsically-focused economy run on relationship capital, non-scarce resources, and non-material goods. I also talked about moving from a possession culture to an experience culture. Quality of life is NOT based on material, though escape from misery IS!
Research shows that beyond a modicum of material wealth necessary to support basic living and a few extras, happiness is NOT increased with additional wealth. Beyond a basic minimum, material more IS NOT BETTER. This goes against a major commandment of consumerist culture. However, I propose, that MORE IS BETTER for non-material qualities like love, friendship, and, yes, COMMUNITY.

When we wake up from our various Facebook stupors, we realize how much of our lives are mediated by the meaning frames and profit-motives of others, who are simply manipulating our participation and emotions for THEIR ends. It may be uncomfortable to consider, but what happens when we do unplug from that and re-awaken real community exchange rather than abstract “tribes” that “like” everything, but stand for nothing?

To this end, my wife, Regina and I, are attempting to put together a forum from her wildly diverse community of people interested in alternative media/knowledge connected with her website. This is being done alongside attempts to forge concrete connections with neighbors. The former satisfies the desire to avidly explore areas of interest, and the latter mutual bonds of trust and civic exchange (not necessarily requiring shared interest).

Community focus has a way of stimulating one’s own direct, concrete, productive engagement with original, authentically-generated economy. Whether it is discussion forums (exchanging the fruits of ideas) or farmers markets (exchanging the fruits from our trees), we come to know ourselves in relation with real others with real cares, hopes, and dreams and not through a haze of identity politics.

I don’t share much in terms of political or religious alignment with my nearby neighbors. A good many are Christian fundamentalists and Trump supporters, but I can (and do try to) generate good will with fruit box drop-offs, having conversations while walking dogs, and hiring their kids for jobs around the orchard.

We have noticed an explosion of family activity, walking, biking, and canoeing that was so pronounced in the wake of the Covid-19 television sports shutdown, that local bike shops ran out of bikes, and had additional bikes on back-order months in to the future! That’s not a bad thing! More local families have started organizing and participating in outdoor games and sports, rather than splitting up and watching them on TV alone in their houses.

All these are mediums of exchange and untapped resources that do not run out and INCREASE in value the more they are shared (understood as an increase in community capacity and quality of life). The better such forms of exchange are promoted and engaged in, the less “official” income one has to make (and list on a 1040), the less tax will accrue, and the more official federal money can be pooled and peer lent into community building and support.

Wise use of cash in its most basic definitional sense, as a scrip-medium of exchange, especially when it is local and voluntary, not only boosts good will, but encourages circulation of money-energy, and develops relationship capital by its very use. So much of the non-material, non-scarce aspects of life can therefore be supported. Another bonus of this commitment to local exchange, is that it is hard to predatorily exploit, both because it is face-to-face and because the scale does not allow for much harvesting or skimming of productivity through inserted middlemen.

Yes, Big Banks and the Power Elite will try to control the price of gold, silver, and even of Bitcoin. However, there is nothing stopping individuals from buying up these metals and sequestering some precious metal basis for exchange in the event of a currency collapse. One should note the effort by the U.S. government in the 1960â€™s to recall all silver coin.

My grandfather, like many others, hoarded them instead, knowing that fiat currency, backed by nothing would be worth exactly nothing. The full faith and credit of the FDIC on banking deposits might allow one to be made whole dollar-wise, but the wholeness is denominated in paper backed by nothing besides a printing press.

Silver coin could come into style again, much like the shells of island gift economies, as a token to be passed around as a form of appreciation (not so much in terms of investment value but in terms of good will). A thriving local economy would make unnecessary gold or silver backed currency, because local dollars would be back by real needed goods and services. But nostalgia is strong, and it would be unwise to think that federal policy will not affect local economies.

Maybe having a community trust of gold and silver metal would serve as a potential hedge against devalued currency. When the community for some constructive larger project and needed a cash infusion of “official dollars” it could tap into the gold and silver reserve. In addition, official dollars, grounded by personal or community gold and silver reserves might even be cashed in or used to buy up assets in periods of deflation (including residences and even medical debt) allowing communities to keep people in their houses rather than being bought up by private equity firms or other predatory entities.

Community investment or microlending, say, to start a local community coffee house, would pay rich dividends in non-material, non-scarce good will, relationship, and civic involvement. The intentional divisions driven by manic, addictive media could thus be reversed and healed to an important extent.

Reversing from exploited division to creative and healthy solidarity will need to be the mantra and guiding principle going forward if we the people are to take back our economy. 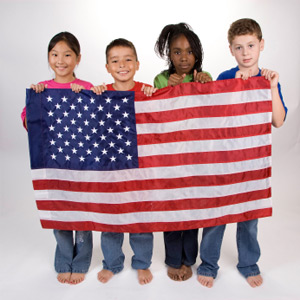 This is the conclusion of a series entitled When the World Market Itself Is Fake, Economic “Value” Loses Any Real Meaning.