The Special “Screw You” of Junk Bond Bailouts


LENDING is now the sucker’s game.

So this is the program: Devalue or deflate everything owned by the “little people”, buy it up for pennies on the dollars with unlimited free money, and attempt to use this massive financial asymmetry between the super-wealthy and the ordinary to manipulate markets back upward through artificially goosed “demand” backed by empty, cheap-money purchasing power.

Big banks only care about low interest rates so it can be gentleman-“lent” (i.e. given) to big corporations with huge fees attached (a major source of profit). Won’t that make lending impossible and unworkable to mom-and-pop businesses, etc.? Isn’t lending a big part of Big Bank business?

Answer: Less and less! Credit unions and smaller banks make lending a big part of THEIR business, but now less than half of Big Bank business and profit comes from lending money to the little people.

Big banks make more and more of their big money through manipulation of assets and gambling in the market and in investment and insurance scams confirmed and accelerated from 2008 onward. And why wouldn’t they? They can afford to gamble on higher return risks indefinitely (they think) because they will always be backstopped, no matter how immoral or even criminal their behavior. Too big to fail, too big to jail has become not just a mantra but a business plan.

The real world has been severed from the minds and wallets of the elites for some time, at least since 2008, and arguably since Reagan in the early 1980’s… and they’ve gotten away with it now for four decades. Have they used up stores of wealth or extracted them in a predatory, unbalanced manner? You bet! Have they gotten away with it, and continue to be rewarded more richly with each audacious theft and transfer of wealth? You bet!

It is simple psychology and blindness created by self-interest over and against a collective interest. These so-called cheating “elites” no longer think they have to pay attention to the vast majority of the world’s population (even though they should, and this will eventually come to bite them).

I predict this plays like a Sylvester and Tweety cartoon. Think of Sylvester teasing and ridiculing the brutish bulldog on the chain (much like the traders who called honest investors they took advantage of “muppets”– recall that?).

This works until the bulldog is no longer chained, and then there is hell to pay. This chain comes off when the rip-offs are so ridiculous and arrogant that you get a full-on revolt.

Big banks and global elites will continue to extrapolate and chase ever more gaudy returns by manipulating asset prices (esp. stocks) upward, in a way that is disconnected completely from the markets and in a way that savages the stores of wealth of ordinary people. Zero to negative interest only add grease to the rails and fuel to the fire.

What can you look toward as a ‘canary in the coal mine’ indicator of when things will go south in the equities market? My bet: Junk bonds and junk bond ETFs may well serve as the internal black swan to this teetering mafia-like financial enterprise. Junk bond markets are a special kind of crazy right now, but they follow an oddly transparent logic of manipulation when you look at them closely.

Evidence #1? On April 9, 2020 for the “first time in its 107 year history” (Counterpunch) the Fed changed its terms and bought junk bonds, bailing out at the trashiest level yet, the deceits of the big players, particularly private equity firms.

This chart from Counterpunch shows the effects of this insane enabling. 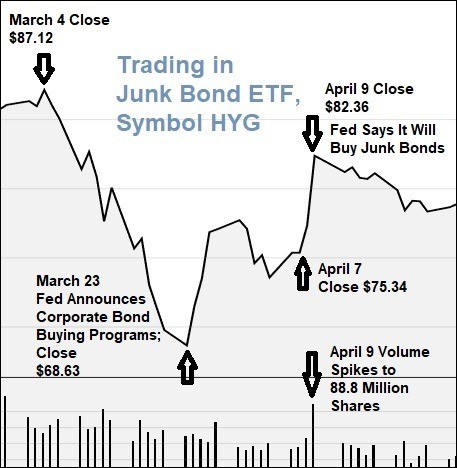 What did this predictably teach insolvent companies and private equity firms? If the lowest of the low are being rescued, then it’s a sure bet that ANY company with a sizable footprint in the market will be rescued.

Evidence #2: There is an exponential rise in the Fed’s free backstop/money-printing program for zombie companies like Carnival Cruises. In short, it’s feeding time at the zoo for financial predators and scavengers.

Carnival, the largest cruise-ship operator, with a deep-junk credit rating of triple-C, and whose revenues collapsed to near nothing as all its cruises have been canceled, while the restart of its cruises gets pushed out further and further, well, in early August, it sold its third bond issue since the Pandemic: $900 million in junk bonds, with a yield of nearly 10%.

Is this sustainable? Of course not, but I am almost certain this will be the short term reality.

The gaudy returns in specious value of stocks manipulated upwards (and whatever bets are placed on this movement, i.e. derivatives, swaps, etc.), will far outstrip whatever benefit or damage TO BIG BANKS (they don’t care about the broader economy) created by cratering the lending industry along with the savings of mom and pop.

Disaster capitalism has a long and lowly history among these guys, but it has always “benefited” them to make others feel pain and then use that pain to leverage their own positions, the “gun to the head” approach. Name one time in the last four decades this hasn’t worked? There has been substantial talk of the Fed backstopping the stock market by buying up stocks directly if needed, because now the financial markets are entangled in the equities markets. 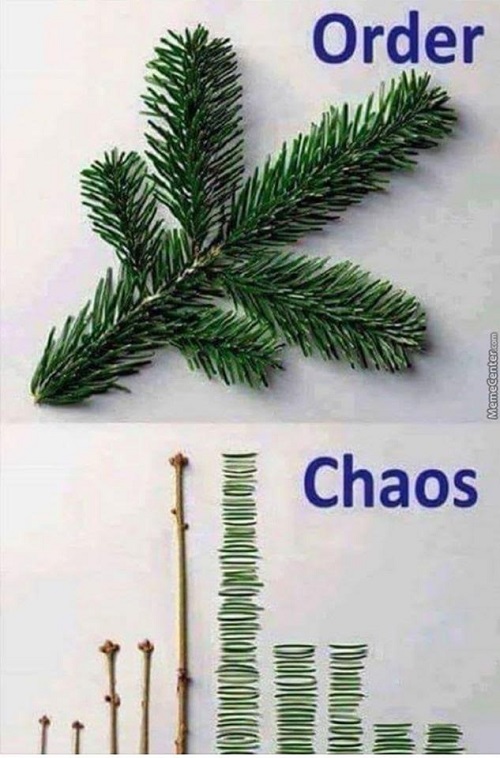 LENDING is now the sucker’s game. You get paid back in inflated poor man’s dollars on an asset that has skyrocketed– the worst of both worlds, whereas BORROWING has the best of both worlds, cheap or free money to endlessly invest in limited assets, that by so investing pushes their prices even higher!

You see the twisted logic. Stick mom and pop with the consequences, people who have to make a real living in the real world, and use your manipulation of a fake world to extract real wealth, and create a cycle of concentration that keeps exchanging things of counterfeit value (derivatives, borrowed money) for things of real value (hard assets, businesses, etc. as private equity firms do) and then inflate the value of the real thing by artificially manipulating money supply.

This has been done for decades by private equity firms/leveraged buyout/corporate raiders. They profit HANDSOMELY by hollowing out the economy and creating stress and debt, which they take advantage of by breaking up these companies or allowing them to go bankrupt (after they’ve sold their shares) and by selling the chop-shopped parts. This same strategy will be waged at large to hollow out and ravage nations. There is nothing I can see that stands in the way of this obvious looting. Bernie Sanders would have, but Trump won’t and Biden has no history of standing in the way of looting. The people themselves will have to demand justice.

What will this justice look like? In the short term it’s going to mean, strategically refusing to patronize these zombie companies, and sticking strictly to locally-owned businesses, and getting involved on the local political and civic level to create forms of decentralized exchange, but that will be for a future essay.

What is the way out of this for the common person? Part 4 will discuss fighting and winning against the big bullies. Part 5 will discuss the 3 C’s –”Cash, Coin, and Community” as alternative forms of value and economy to guide an independent, non-predatory, non-parasitic, creativity-driven economy.

This is part of series entitled When the World Market Itself Is Fake, Economic “Value” Loses Any Real Meaning.

Parts 4 and 5 will discuss healthy, pro-democratic, creative alternatives to the current rigged system.