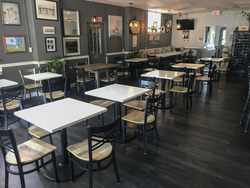 For years, small-business owners have competed against the deep pockets of large and powerful entities — they just didn’t think the federal government would be one of them.

In the early stages of COVID-19, Congress passed relief packages that included a $600-per-week bonus to regular unemployment insurance (UI) benefits. It was the largest bonus in the history of the program, a jaw-dropping 24 times larger than the $25-weekly boost given during the Great Recession.

It was intended as a temporary financial lifeline for Americans who lost their jobs in the name of “flattening the curve.” Now it has become an existential threat to small businesses.

Researchers found that nearly seven in 10 people collecting UI benefits get more money sitting at home than they did working. The average unemployed worker collects nearly $1,000 per week, the equivalent of more than $50,000 a year. Imagine that — getting more to not work at all. Who would ever return to work under those circumstances?

Nearly two-thirds of small-business owners worry their former employees will never return. And if Congress extends the bonus benefit for another six months — rather than letting it expire on July 31 as planned — those employers might have to close their doors permanently.

Among them is Catherine Crews, the owner of Canine Crews, a dog day care and boarding facility with locations in the suburbs of Chicago. She was forced to lay off 27 workers due to COVID-19. While employed, they were paid $14 to $17 an hour.

When Canine Crews began to reopen in May, only five employees were willing to return. “The majority of my employees are making more money … by not working right now,” Crews said.

In Kentucky, Sky and Geoff Marietta opened Moonbow Tipple Coffee & Sweets to provide living-wage jobs in a fragile local economy. Nearly 100 people applied for a handful of jobs when the coffee shop opened. Now their own employees are asking to be laid off.

“[It’s] not because they did not like their jobs or because they did not want to work,” explained Mrs. Marietta. “[It’s] because it would cost them literally hundreds of dollars per week to be employed.” Similar experiences have been shared by local employers from Arkansas, New York, North Carolina, Ohio, Tennessee, Vermont, and more.

Small businesses should not have to compete with unemployment benefits to find workers. The task required of Congress and the White House is simple: Let the $600 pandemic bonus expire as scheduled and let people get back to work.

As Congress deliberates and negotiates the next round of COVID-19 stimulus, there is temptation to find another way to provide extra UI benefits without extending the $600 weekly payment.

The fact is, eliminating the bonus entirely remains the best path forward to get people back to work and eliminate fraud. Alternatives, no matter the packaging, miss the issue at hand. Awarding extra benefits to those who can work — but choose not to — is unacceptable, especially since refusing an offer of suitable work is against federal rules and considered fraud.

The American people are not in the mood to pay people to stay home. And voters agree — refusing to return to work to continue receiving unemployment is fraud. According to a recent poll released by the Foundation for Government Accountability, more than half of all voters want the $600-per-week bonus payment to expire at the end of July as planned. This includes 61% of independents.

We have reached a major crossroads for Main Street, small businesses and our economy. More than 140,000 small businesses have already closed permanently. We have a limited window of opportunity to save the rest. Businesses need workers. Congress and the president can make America work by helping Americans get back to work. To do that, they need to ensure the best bonus is a paycheck.

Trump: Shutdown not 'viable' strategy for US