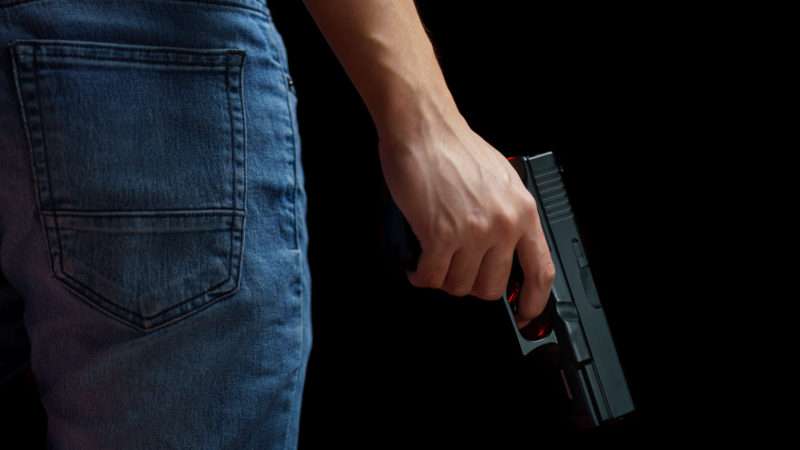 Alexander, Arkansas, police officer Calvin Nicholas Salyers has been charged with felony manslaughter for the killing of fellow officer Scott Hutton, who was shot through Salyers’ front door. Hutton had gone to visit Salyers one evening. When he knocked on the door, Salyers grabbed his gun and went to answer. He says when he transferred the gun from his right hand to his left to open the door, he accidentally fired through the door, hitting Hutton. He also said he saw saw a man standing on his porch with a gun on his hip and didn’t recognize Hutton until after he’d shot him. Salyers had previously told a department sergeant, after the riots in Minneapolis started, that he would shoot any protesters who came to his home through the door. The sergeant says he told Salyers that shooting someone before he had identified them and confirmed that they were a threat would be reckless and negligent.