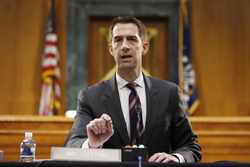 After years of enforcing their “community guidelines” and “acceptable speech” rules against the general public, this has been the year that social media companies finally embraced their power to regulate the speech of government itself. From “fact-checking” the president to threatening to ban a U.S. senator to actually deleting tweets by foreign heads of state, Silicon Valley is brushing aside its historical reluctance to censor government.

In the past, Twitter’s Jack Dorsey and Facebook’s Mark Zuckerberg understood they should not wield such absolute authority. Indeed, Facebook’s initial defense of Donald Trump’s controversial George Floyd protest tweets was that they communicated official government policy regarding use of force and thus were important for public awareness. The company has since reversed itself, with Zuckerberg offering that “we’re going to review our policies allowing discussion and threats of state use of force,” specifically addressing “instances of excessive use of police or state force. … Given the sensitive history in the U.S., this deserves special consideration,” particularly “when a country has ongoing civil unrest or violent conflicts.” Zuckerberg clarified that “there may be additional policies or integrity measures to consider” in this regard.

It is nothing short of remarkable that a private company in 2020 would so openly discuss establishing official “state use of force” guidelines for the U.S. government and that it could prohibit posts by officials that propose or announce law enforcement action the firm finds objectionable.

Some observers might downplay this power, saying that Twitter and Facebook’s ability to delete posts they disagree would have limited real-world impact. After all, Zuckerberg can’t stop a mayor or governor from issuing a curfew order or deploying the National Guard. On the other hand, however, the companies can prevent those actions from being announced to the public through their channels. And if a mayor were to issue a curfew order but Twitter and Facebook refused to be conduits for that announcement, it creates legal uncertainty for the public and undermines compliance even if local media report on it.

More to the point, social platforms can begin to shape policy itself by banning, or threatening to ban, elected officials who stray from the companies’ views. Sen. Tom Cotton detailed how Twitter threatened to ban him if he did not delete his tweet endorsing the use of force against protesters. Given that banishment from social media has such enormous consequences today, the mere threat of suspension or banning is likely to cause many politicians to self-censor. As local news outlets continue to shutter or lose their once-extensive reach, social media is often elected officials’ primary outlet for communicating with constituents — and reaching potential voters during election season.

For as long as there has been government there have been lobbyists attempting to influence policy. Yet, lobbyists can only try to shape the debate; they cannot stifle ideas harmful to their interests. Social media companies, however, now have the power to accomplish what no industry has ever achieved before: muzzle debate.

In a democratic nation, “the other side” may win occasionally and put forth policies you disagree with. While Dorsey and Zuckerberg cannot prevent Republicans from being elected, they can limit their ability to freely present policies and ideas to the American public, and they can prevent those politicians’ supporters from expressing themselves. Coupled with an increasingly emboldened vigilante Twitter mob and a journalism industry that increasingly embraces the same speech rules as the social platforms they once criticized, the public debate and free exchange of ideas that underpin democracy are rapidly eroding.

What does it mean to fully privatize the public square? Imagine if tomorrow Silicon Valley simply outlawed Republican Party policies as “hate speech,” banning all GOP officials and their supporters from social media platforms, while the increasingly centralized and illiberal news industry followed suit and the Twitter mob silenced any questioning of the purge. Half the nation would effectively be placed on mute.

While Silicon Valley has largely focused its moderation efforts on Republicans to date, Democrats have not been entirely immune from those efforts. Most famously, Elizabeth Warren’s Facebook ad calling for the breakup of the company was removed for “violating our policies against use of our corporate logo.” As Democrats’ policy proposals begin to collide more with the Valley’s interests, it is likely that they, too, will increasingly find themselves on the banned list.

In the end, the fact that we as a society see little wrong with companies taking these steps reminds us just how willingly the public now accepts — and even promotes — the idea of censorship. Rather than democratize the web, social media has centralized power in the hands of the few, granting private companies the capacity to censor democracy itself.

The Army Tries To Use Esports as a Recruiting Tool, Gets Trolled, Grabs the Banhammer – Reason.com