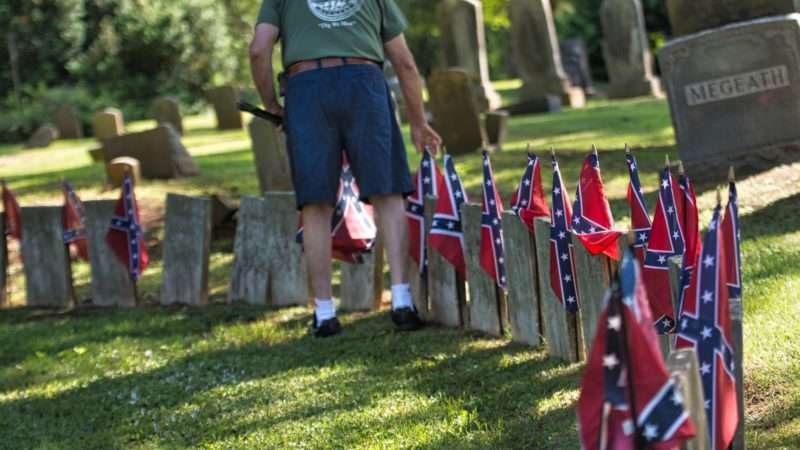 Hancock, Maryland, Mayor Ralph Salvagno has been charged with malicious destruction of property after painting over Confederate flags that were part of a mural painted on private property. The wall stood outside the Town Tavern, and Salvagno reportedly told police he knew it was owned by the tavern, not the city. The wall is near Breathed Park, named for Maj. James Breathed, a physician and Confederate Army veteran who grew up in Washington County, where Hancock is located, and lived in Hancock after the war. The part of the wall nearest the park was decorated with an image of the Confederate battle flag and read, “Dedicated to Major James Breathed of the Confederate Army.” The other part of the wall featured the United States flag crossed with the Confederate flag. The owner of the Town Tavern says her father had the wall painted years ago.

Mail-In Voting Can Keep All of Us Safer