Great American Minds on ‘All Men Are Created Equal’ 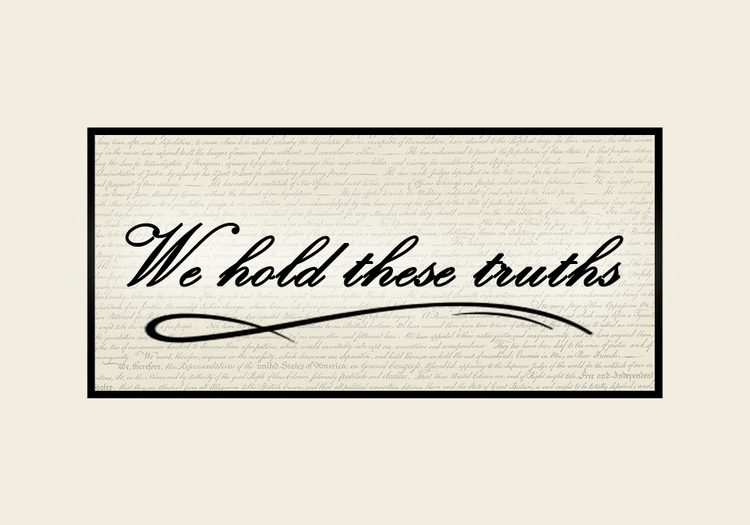 The following reflections, from some of the finest articulators of the American mind, examine the meaning of equality, race, and the national soul. As we celebrate our nation’s independence on July 4, let these words encourage us to remember the truth of America’s founding promises of equality and liberty for all, as expressed in the Declaration of Independence: “We hold these truths to be self-evident, that all men are created equal, that they are endowed by their Creator with certain unalienable Rights, that among these are Life, Liberty and the pursuit of Happiness. That to secure these rights, Governments are instituted among Men, deriving their just powers from the consent of the governed.”

“All eyes are opened, or opening, to the rights of man. The general spread of the light of science has already laid open to every view the palpable truth, that the mass of mankind has not been born with saddles on their backs, nor a favored few booted and spurred, ready to ride them legitimately, by the grace of God.” – From a letter to Roger C. Weightman, June 24, 1826

“All honor to Jefferson—to the man who, in the concrete pressure of a struggle for national independence by a single people, had the coolness, forecast, and capacity to introduce into a merely revolutionary document, an abstract truth, applicable to all men and all times, and so to embalm it there, that today, and in all coming days, it shall be a rebuke and a stumbling block to the very harbingers of reappearing tyranny and oppression.” – From a letter to Henry L. Pierce, April 6, 1859

“When the architects of our Republic wrote the magnificent words of the Constitution and the Declaration of Independence, they were signing a promissory note to which every American was to fall heir. This note was a promise that all men—yes, black men as well as white men—would be guaranteed the unalienable rights of life, liberty and the pursuit of happiness.” – From “I Have a Dream” Speech, Aug. 28, 1963

“True patriotism springs from a belief in the dignity of the individual, freedom and equality not only for Americans but for all people on earth, universal brotherhood and good will, and a constant striving toward the principles and ideals on which this country was founded.” – From “Eleanor Roosevelt’s Book of Common Sense Etiquette,” 1962

“If all men are created equal, that is final. If they are endowed with inalienable rights, that is final. If governments derive their just powers from the consent of the governed, that is final. No advance, no progress can be made beyond these propositions. If anyone wishes to deny their truth or their soundness, the only direction in which he can proceed historically is not forward, but backward toward the time when there was no equality, no rights of the individual, no rule of the people.” – From his speech on the 150th Anniversary of the Declaration of Independence, July 5, 1926

“I hold that the Federal Government was never, in its essence, anything but an anti-slavery government. Abolish slavery tomorrow, and not a sentence of syllable of the Constitution need be altered. It was purposely so framed as to give no claim, no sanction to the claim, of property in man. If in its true origin slavery had any relation to the government, it was only as the scaffolding to the magnificent structure, to be removed as soon as the building was completed.” – From his “Address for the Promotion of Colored Enlistment,” 1864

“We believe—and we believe it so deeply that Americans know these words by heart—we believe ‘that all men are created equal, that they are endowed by their Creator with certain unalienable Rights, that among those are Life, Liberty and the pursuit of Happiness.’ Take an American student or teacher aside later today and ask if he or she hasn’t committed those words to memory. They are from the document by which we created our nation, the Declaration of Independence.” – From his speech at Fudan University in Shanghai, China, April 30, 1984