Equality and the American Dream 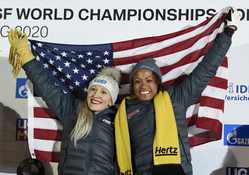 When I was a young boy growing up in Canada, I read a children’s book that changed my life. It was the “How and Why Wonder Book of the American Revolution,” and when I read it, I knew instantly that I was an American born in the wrong country. That was the moment, over 50 years ago now, when I fell in love with the story of the American Revolution and the principles of the Declaration of Independence.

At 19, I moved to the United States in order to live out the American Dream. I came with a dream that one day I would be judged not by my birth, social status, or ideological affiliation but by my abilities and virtues.

What I most wanted from my new country was an equal chance to come to the starting line. I knew that if I were dedicated to success and worked hard, I could win the race — at least some of the time. This is the promise of American life.

The great paradox of the American promise, however, is that it unites two seemingly contradictory principles: equality and inequality. How can this be so?

The first self-evident truth of the Declaration of Independence says that “all men are created equal.” No words in the American lexicon are as eloquent or as powerful. We believe this to be a fundamental moral truth. Our Constitution begins “We the people” precisely because every American citizen is equal politically to every other citizen.

Yet ironically, the American people also love inequality. That is, we love human excellence and greatness, which means that we love a certain kind of aristocracy — we admire excellence in sports, music, business, and in innumerable other areas of life. One might even say that Americans are a hero-worshiping people.

America’s revolutionary founders meant something very precise by equality. They understood it to be a statement of fact about human nature. All humans (men and women), they argued, are equal by virtue of sharing certain common attributes — namely, reason and free will. These shared qualities distinguish men and women from, say, horses and dogs. This is how all of us are “created equal.”

And by virtue of these shared characteristics, all individuals are morally self-owning, which means that no man is by nature the ruler or slave of another. As Thomas Jefferson once wrote, “Because Sir Isaac Newton was superior to others in understanding, he was not therefore lord of the person or property of others.” We are all morally equal in our capacity to be self-governing. We are sovereign over our own lives.

Ultimately, equality means that all individuals must have the equal right to be free, because freedom — including the freedom to think and act — is the necessary condition for human flourishing. Equal freedom and equal rights are what the Founding Fathers meant by equality.

Equality does not, however, mean sameness. It did not and does not mean equality of condition or equality of dignity. It especially does not mean that government should force us to be equal or near equal in our material possessions, which would mean the redistribution of wealth from Peter to pay Paul. There is no right to violate rights.

The vile exception to the Founders’ rule, of course, was slavery. But as Abraham Lincoln once said, the Founders established in theory (and partly in practice) a standard for a free society — one that would serve as a beacon, projecting its light into the future. And though that standard has not been perfectly attained, Lincoln hoped that its message would “be familiar to all, and revered by all; constantly looked to, constantly labored for, and even though never perfectly attained, constantly approximated, and thereby constantly spreading and deepening its influence, and augmenting the happiness and value of life to all people of all colors everywhere.”

This brings us to the great American paradox. American equality leads to inequality. We all know that no two individuals are the same in talents and abilities. There are measurable inequalities — sometimes radical inequalities — between individuals relative to a whole range of human attributes. We all know that some men and women are stronger, faster, smarter, more beautiful, gifted, and virtuous in innumerable ways.

Inequality and excellence play a particularly important role in a free and just society. A society based on equal rights permits — indeed, encourages — all individuals to live out their dreams, and that must include those whom John Adams and Thomas Jefferson referred to as the natural aristocracy of virtue and talents.

Equality is, therefore, the necessary precondition for the expression of human greatness. Indeed, there can be no excellence without equality — equal freedom and rights, which allow natural inequalities between individuals to flower. And these should be celebrated, not condemned.

We the people need a natural aristocracy because all men and women, particularly our children, need to aspire to excellence. The human soul seeks to look upward, and Americans, perhaps more than any other people, love human greatness. We should nurture the freedom that makes it possible.

Today, tragically, it could be said that we live in an age of envy and resentment, a time when our monuments to greatness are being torn down. But what can’t go on forever, won’t. Eventually, we will hit bottom, and when we do, there will only be one place to look — upward.