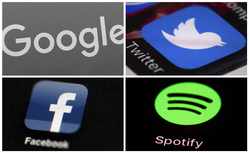 On June 19, 2017, the U.S. Supreme Court upheld 9-0 the right to freedom of speech, including hate speech. As Justice Samuel Alito wrote for the court: The proudest boast of our free speech jurisprudence is that we protect the freedom to express the thought that we hate. Justice Anthony Kennedy added in a concurring opinion: “A law that can be directed against speech found offensive to some portion of the public can be turned against minority and dissenting views to the detriment of all.”