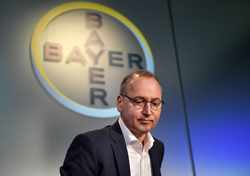 Bayer AG recently announced it would pay $10.5 billion to settle tens of thousands of lawsuits claiming Roundup weed killer causes cancer. After the checks clear, Roundup will remain on the market. Millions of consumers and farmers will continue using the product because, according to the Environmental Protection Agency and regulators around the world, Roundup doesn’t cause cancer.

The only reason Bayer is paying anybody anything is a flawed U.S. tort system that left the company little choice. Plaintiffs’ lawyers spent tens of millions of dollars on a years-long campaign to recruit clients for lawsuits based upon the questionable scientific opinions of paid experts. Some of the experts only began linking Roundup to cancer shortly before they started appearing in court. Judges allowed those experts to testify in front of non-scientist jurors who were understandably sympathetic toward plaintiffs suffering from a potentially fatal disease. Those jurors overlooked­ — or in some cases were never told — that government experts consider Roundup to be safe.

The absurdity of the settlement is evident from its terms. Bayer is admitting nothing because there is nothing to admit. Bayer won’t put a warning label on Roundup because it can’t. In August 2019, the EPA said that Roundup’s active ingredient, glyphosate, doesn’t cause cancer, and warning labels are prohibited. And if the plaintiffs’ lawyers truly believe their experts and think Roundup is dangerous, why did they agree to halt the litigation and stop advertising for new clients once they receive their money?

In the end, we’ve witnessed a financial transaction. A group of lawyers invested heavily in advertising, experts, and their own time to besiege a popular product with litigation. Now they are reaping a return on that investment.

Make no mistake: This is pure coercion. How did it unfold? The lawyers followed what has by now become a proven strategy. Step 1: spread fear. Step 2: win big jury verdicts. Step 3: publicize those verdicts. Step 4: settle for more than $10 billion and move on to the next product.

With Roundup, plaintiffs’ lawyers seized upon a finding by a single international agency affiliated with the World Health Organization to claim glyphosate causes non-Hodgkin’s lymphoma. The lawyers then recruited more than 40,000 plaintiffs by blitzing airwaves and the Internet with misleading advertisements combining warnings about the supposed dangers of Roundup with the promise of easy money. According to public filings from Bayer, 90% of the litigation comes from consumers, but the vast majority of sales come from commercial farming.

Recent research from my organization, the U.S. Chamber Institute for Legal Reform, found that from 2015 to 2019, plaintiffs’ lawyers and lawsuit marketers spent an estimated $103 million on television ads for Roundup litigation. In late 2019, Roundup was the top target of mass tort TV advertising, with five times more ads aired than the next most popular target, talcum powder products. Marketers and firms spent $18.3 million on ads in August 2019 alone after rumors began circulating that Bayer was seeking an $8 billion settlement.

Companies are often forced to buy certainty by settling lawsuits regardless of the merits of the claims because of this asymmetrical warfare. But that doesn’t make it right. Blitzkrieg litigation has taken perfectly good products off the market and driven scores of companies into bankruptcy. Plaintiffs’ lawyers don’t care. They’re already thinking about the next target and producing a new round of scare ads to draw in clients. Meanwhile, we all pay the price.

Harold Kim is the president of the U.S. Chamber Institute for Legal Reform.

From pandering to Putin to abusing allies and ignoring his own advisers, Trump's phone calls alarm US officials