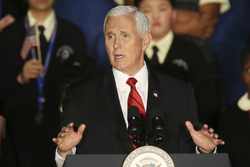 Beyond the proven positive academic impact of expanding K-12 educational options, particularly to Black and Hispanic students, parental choice programs have positive social, emotional, and cultural impacts. As America faces persistent life and death questions about racial and educational injustices, the multiple benefits of educational freedom heighten the importance of this week’s decision by the U.S. Supreme Court in Espinoza v. Montana Department of Revenue. In the case, the court held that state authorities cannot rely on so-called Blaine Amendments in their constitutions to prohibit families from using K-12 tuition-tax-credit-funded scholarships to help finance the attendance of their children at the private religious schools of their choice.

For about a decade, research has shown that Black and Hispanic students participating in privately funded tax credit scholarship programs and state-funded voucher programs graduate at a higher rate relative to their peers who attend public schools. A recent study conducted by education economists at Kennesaw State University in suburban Atlanta generated data revealing that 99% of Black and Hispanic students receiving a Georgia GOAL Scholarship graduate from high school, with their public school peers graduating at an 82% rate. Based on high school graduation rates alone, educational justice dictates that states create or expand educational choice programs.

But, in choosing a private school for their children, parents place much more emphasis on school climate and classroom discipline than on standardized test scores. A landmark 2013 study, titled “More Than Scores: An Analysis of Why and How Parents Choose Private Schools,” found that 98.6% of surveyed parents of children receiving a Georgia GOAL scholarship were overwhelmingly satisfied with their private school choice. The survey revealed that the top five reasons why parents chose a private school for their children are all related to school climate and classroom management, including “better student discipline” (50.9%), “better learning environment” (50.8%), “smaller class sizes” (48.9%), “improved student safety” (46.8%), and “more individual attention for my child” (39.3%). Only 10.2% of surveyed parents cited higher standardized test scores as one of the top five reasons they chose a particular private school for their child.

Obviously, parents understand that better private school learning environments enhance social and emotional outcomes. Perhaps this is why many public schools districts are urgently instituting “off the shelf” social and emotional learning (SEL) programs that attempt to replicate the organic social and emotional learning that occurs in private or religious schools attended by families who voluntarily choose to educate their children according to the high standards, values, and expectations of their respective school communities. Public school districts are also implementing community-based education models, such as the Purpose Built Communities network, which, by offering counseling, therapy, wellness programs, and community partnerships to students and their families, attempt to realize the outstanding learning and behavioral outcomes for students who are fortunate enough to secure the funding to attend private religious schools.

Meanwhile, according to the latest 2018 National Assessment of Educational Progress  achievement levels in U.S. history, private Catholic schools appear to outperform public schools in creating citizens, with 29% of students scoring at least “proficient” in U.S. history, versus 14% of public school students. In civics, 41% of Catholic students were at least proficient, versus 23% of public school students. The NAEP results echo recent studies (controlled for variables such as level of family wealth or parent educational achievement) showing that, as a whole, private schools exceed or equal, and never lag, the performance of public schools in instilling civic knowledge and fostering behaviors such as volunteering in one’s community.

At the end of the 19th century, states adopted Blaine Amendments preventing the use of taxpayer funds at sectarian institutions. Fortunately, with its Espinoza decision, the U.S. Supreme Court has limited the application of these invidious provisions, which lawmakers adopted to make it especially difficult for Catholic families to educate their children in parochial schools and to make it nearly impossible for formerly enslaved Africans and their religious leaders to create private Christian academies at which their children could receive a classical liberal education.

As President Trump observed in his remarks before signing his recent Executive Order on Safe Policing for Safe Communities, “School choice is the civil rights issue of the year, of the decade, and probably beyond,” encouraging “people who know they shouldn’t be opposing it” to join the movement. We agree.

If lawmakers truly believe that education is a pathway to equal opportunities and economic mobility, they should accept the fact that educational justice can only be achieved by providing parents with the funds required to send children from low- and middle-income families to the public, private, or religious schools of their choice. An overwhelming majority of their constituents desire greater opportunities for access to learning, and America’s children deserve it.

Jim Kelly is the founder of the Georgia GOAL Scholarship Program and author of an amicus curie brief submitted in the Espinoza case.

Gerard Robinson is a fellow at the Institute for Advanced Studies in Culture Foundation at the University of Virginia.