India's New Nationalism, and Ours 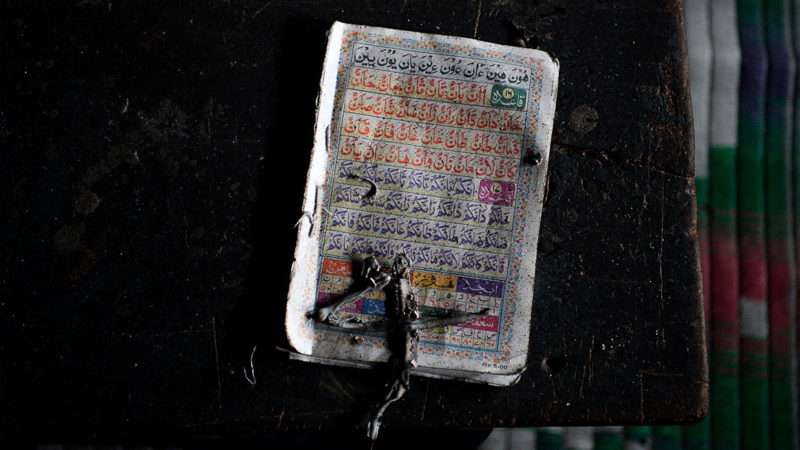 The truth is the opposite: Cultural nationalism will dissolve the glue that binds Americans—namely, their commitment to the founding principles of equality, individual rights, and human dignity.

When I came to America 30 years ago, it was obvious to me—as it was to French philosopher Alexis de Tocqueville 200 years earlier—that Americans not only love but also like their country. American patriotism, Tocqueville observed, is very different from the Old World variety that regarded the nation as the father and citizens as his offspring. Americans see their country as their offspring and themselves as its creator. It’s the result of their actions if not their designs, as the economist F.A. Hayek might have put it.

Americans believe in spontaneous and uncoerced expressions of patriotism, such as displaying the American flag outside their homes and beginning sporting events with a heartfelt rendition of the national anthem. That’s not the case in my native India, where Republic Day celebrations involve a massive parade by various military divisions. Four years ago, after India came to blows with Pakistan, the Indian Supreme Court briefly ordered not only that movie theaters play the national anthem but that viewers stand up for it.

That’s hard to imagine in America. In fact, precisely because the country exists for the sake of individuals and not vice versa, the First Amendment protects the right to use national symbols for protests, such as taking a knee during the anthem. This makes it more apparent when a course correction by the government is needed, making the country more worthy of affection.

The other striking thing about the American identity is that it does not define itself as against something else. If Pakistan and Islam were to disappear from the face of the Earth, there would be nothing left to sustain Indian nationalism. But America’s ideals anchor it. The demise of communism didn’t diminish America’s self-conception. It vindicated it.

Hazony claims in The Virtue of Nationalism (Basic Books) that America’s classical liberalism is fundamentally imperialistic because its political principles are deduced from Lockean notions of universal human nature. He thinks that leads to a crusading moral universalism that denies the validity of alternative principles of national self-determination. But America doesn’t have to try to universalize its ideals; the universe embraces them on its own, as the post–Cold War wave of democratization demonstrated.

Pre-Trump America wasn’t immune from the “us vs. them” mentality, and Trump isn’t the first person to campaign on it. He is, however, the first president in living memory to win America’s highest office by characterizing Mexican immigrants as “rapists and criminals” and Mexico’s failure to stop unauthorized border crossers as a threat to American sovereignty. Instead of rejecting this kind of nationalism, conservatives are putting a respectable intellectual foundation beneath it, as if borrowing German philosopher Carl Schmitt’s notion that the core of political life requires a cultural enemy.

And what is this new enemy? Mass immigration from non-Western countries, primarily. In The Case for Nationalism (Broadside Books), Lowry attempts to sanitize the case for blood-and-soil nativism, arguing that “an exclusively idealistic account of America is a mistake” and “the criterion for citizenship in the United States is not attachment to a set of ideas but birth within our borders.” He castigates President George W. Bush’s statement that “our identity as a nation, unlike other nations, is not determined by geography or ethnicity or soil or blood” as “willful ignorance.” He claims it denies “the contribution of geography or land to our identity.” Lowry insists that celebrating the “beauty and bounty of our land in the most exalted terms” ought to inform our understanding as Americans, along with the fact that our ancestors are buried here.

The most charitable explanation for Lowry’s project is that he is trying to articulate a nonracial, nonreligious criterion in which to anchor a thick understanding of American nationalism. He wants America to remain broadly inclusive of those whose families have been here for a long time but not so inclusive that relative newbies can waltz into the club at will. But if America’s principles are not enough to anchor a robust nationalism, and if race and religion are off the table, then ancestry and geography—blood and soil—are the only candidates left. To that end, Lowry wants to radically slash immigration, and National Review writers including Reihan Salam have advocated scrapping birthright citizenship. Meanwhile, NationalReview.com Editor Charles C.W. Cooke wants more stringent criteria for judging who is worthy of naturalization.

But that would make America less—not more—patriotic, because it’ll sever it from a great source of patriotism: immigrants. Most immigrants, even more than many natives, viscerally appreciate America, because they know what it’s like to live in an unfree country.

Lowry’s deification of land and ancestry doesn’t just work against immigrants. Once a criterion to judge “outsiders” is established, it’ll inevitably be applied to “insiders” as well. Hindus, Muslims, Jews, and other religious minorities without the very deepest roots might easily be viewed as lesser Americans. Regardless of his intention, Lowry’s scheme would establish a test that many citizens of this country simply couldn’t pass. By declaring that there is only one way to be an American, he denies many individuals and communities the chance to define their own relationship with the United States and formulate their own reasons to love it.

What’s more, if the nationalist project is serious, it will require state aggression. This is precisely what’s happening in India, where Prime Minister Narendra Modi is demonstrating what it takes to convert a liberal democracy into a robustly nationalistic one. Hindu extremists have long touted a full-throated blood-and-soil nationalism called “Hindutva,” which says the only true Indians are those whose holy sites sit on hallowed Indian soil. This definition includes Hinduism and its offshoots: Buddhism, Jainism, and Sikhism; it excludes India’s 140 million Muslims and 30 million Christians, whose holy lands lie in the Middle East.

Hindutva’s goal is to purge India of these “foreign” religions and return to the halcyon days when only true Indians roamed the subcontinent. To that end, Modi’s home minister announced plans to create a national registry of citizens, allowing the government to distinguish unauthorized residents in the country. Only those among India’s 1.3 billion residents who produce papers showing that they have ancestors dating back to some cutoff year will be included on this list.

This is an impossible task for millions of Indians, especially poor ones: Many of them don’t even know their own birth dates, let alone have their grandfathers’ birth certificates. So Modi ramrodded through parliament a law that non-Muslims who can’t produce documents will be granted expedited citizenship. But paperless Muslims will be out of luck even if they have ancestors going back generations.

The Indian experience shows that a program of nationalism does not enhance “mutual loyalty” among citizens, as Hazony wants. That’s because it empowers the state to judge citizens not by their loyalty to each other but by their loyalty to the state’s aims and methods. In Modi’s India, it is not just Muslims and Christians who are considered less Indian. Hindus who don’t dutifully line up behind Hindutva’s ideas are attacked as anti-nationals. Predictably, this project has made the population more polarized.

A program of nationalism that empowers the government to slice and dice people into an in-group and an out-group will backfire badly. It will be simultaneously oppressive and divisive, sundering—not soldering—the country.

'The Guardian' Publishes 18 Reasons Why You Should Go Plant-Based