In the War for Social Justice, Academic Freedom Is an Early Casualty 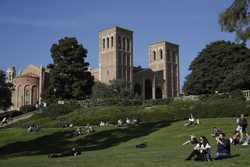 WASHINGTON — In the war for social justice, academic freedom is an early casualty.

A student sent Klein an email, screenshots of which were reviewed by Inside Higher Ed, that asked for “no-harm” grading for the final exam. (That term means counting a grade only if it improves a student’s overall course grade.) The student also asked for shorter exams and extended deadlines for black students who attended protests after the death of George Floyd.

Inside Higher Ed described the email as “a request from students who identified themselves as nonblack allies of their black peers.”

Klein wrote back that he “gives black students special treatment” and then asked for the names of black classmates; he had been conducting class online and wasn’t sure about students’ ethnicity.

Klein also wondered if some white students, say those from Minneapolis, might be traumatized and in need of an edge as well. And what of students of mixed race? He questioned how he could give a “no-harm” test when the final exam is the only exam of the semester. And he wondered how Martin Luther King Jr. might have reacted to the suggestion that students be evaluated based on the “color of their skin.”

A complaint was lodged. On June 3, UCLA suspended Klein until June 24 to give administrators time to consider the complaint. Anderson School of Management Dean Antonio Bernardo wrote that it appeared Klein had “disregard for our core principles, including an abuse of power.”

The group FIRE, or Foundation for Individual Rights in Education, has advocated for Klein on the grounds that UCLA has infringed on Klein’s academic freedom.

The decision doesn’t make sense. As FIRE’s Katlyn Patton wrote in a letter to the university, “Surely, UCLA does not intend to send the message that its faculty members must grant or deny privileges or obligations based on race.”

Or maybe administrators do believe there should be different standards for different ethnic groups. Maybe they also believe that protest is so important it’s OK if students don’t learn course work.

Here’s what I think Klein’s real mistake was. He didn’t fawn over the student for caring so deeply that he wanted faculty to lower standards for black students.

Instead, Klein saw a totally stupid idea, and he let the student have it. He didn’t sugarcoat his response. He didn’t apologize for not agreeing. A white professor, he did not exhibit self-loathing.

The change.org petition, signed by more than 20,000 nags, to have Klein fired, argued that Klein should get canned for “his extremely insensitive, dismissive, and woefully racist response to his student’s request for empathy and compassion during a time of civil unrest.”

Nor did Klein subscribe to the apparent belief that protest is more important than learning. He actually expects students to learn the subject matter.

And maybe he thinks that students should be able to do two things at once — march and study — which is clear to those of us who worked our way through school.

It’s interesting that the fire-Klein petition complains about Klein’s tone with no apparent understanding of how their voices sound. Entitled. Privileged. Race-conscious. Oblivious to how they are perceived by others. Expecting praise for their every action.

UCLA actually apologized to all who were “offended” as UCLA brass were by Klein’s email, which he had not written for public consumption.

How does UCLA talk itself out of this tiny box? The dean’s message to faculty was clear: The students know more than the faculty. Professors are there to learn from social justice activists. And they should never talk back. Academic freedom is over.