The Challenge to White Quarterbacks: Step Up on Race 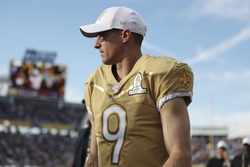 When New Orleans Saints quarterback Drew Brees told Yahoo Finance on Wednesday that NFL players kneeling during the national anthem was “disrespectful,” the condemnation, from inside and outside the NFL, was understandably swift. (In an emotional video posted on social media, teammate Malcolm Jenkins called Brees “part of the problem”; protestors in New Orleans, where Brees has been beloved, cursed him in the streets). And while Brees offered an apology on Thursday, the wounds he inflicted will take time to heal. If they ever do at all.