‘Woke’ Capitalists Sell Out U.S. to China Behind a Mask of Virtue 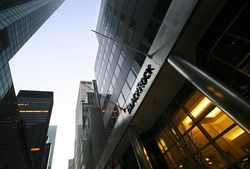 Imagine thinking that the appropriate response to the Chinese coronavirus is to wed ourselves still closer to Communist China. For most, such a notion would defy all logic. Yet if woke capital gets its way, this is the future we can expect, with attendant consequences like the ones we are currently suffering—and far worse.

As the Chinese coronavirus crisis unfolded, Americans grew overwhelmingly outraged at the People’s Republic of China (PRC) for its primary culpability in the spread of a disease inflicting incalculable damage on the country. Main Street began to reckon with the reality that ever-closer economic relations with China had left us dependent on it for the most basic of necessities, and Main Street seemed to wish to extricate itself from the toxic relationship. But Wall Street was not interested in such a divorce. Rather, it sought to deepen relations further.

Paradigmatic were the words of Larry Fink, chief executive officer of the world’s largest asset manager, BlackRock. Fink, writing in a March 29, 2020, letter to shareholders, stated:

I continue to firmly believe China will be one of the biggest opportunities for BlackRock over the long term, both for asset managers and investors…. We continue to invest in our presence in China and our local investment expertise, so we can help clients navigate this large and growing opportunity as they seek to increase exposure to China’s onshore assets. We are also focused on building our presence as a manager for Chinese clients…. [A]s the Chinese market opens to foreign asset managers, our global reach and whole-portfolio approach will help us become the leading foreign asset manager in China.

That is, BlackRock remained all-in on Beijing.

The positioning of this portion of Fink’s letter was quite telling. He had opened by recognizing that the implications of the coronavirus were far-reaching. Yet somehow, they did not extend to the Middle Kingdom. “China” was conspicuously missing from Fink’s introduction, delinked from the pandemic for which it was chiefly responsible. The subject of China was ignored for several dozen paragraphs, right up until a section titled “Preparing for the Future of Asset Management.” There, Fink’s PRC paean ironically followed his reiteration of his firm’s commitment to “ESG”—environment, social, and governance.

ESG is a proxy for progressivism. BlackRock seeks to impose it on virtually every company—at least in the U.S.—through its immense reach into global markets and leverage over its participants. BlackRock is also an adherent to the newfound principle among major multinational corporations—including those in high finance, technology, and industrials—of “stakeholder capitalism.” Rather than focusing on maximizing value to shareholders, BlackRock and its Big Business allies now claim to wish to serve a broader array of constituents, through fealty to ESG.

It is striking, incidentally, that those in the business world are effectively conceding that free enterprise fails to serve myriad stakeholders. After all, providing goods and services that people want, at a price they are willing to pay—and, in the process, employing millions in meaningful work that allows them to provide for their families, with all the concomitant positive effects for countless links in the supply chain and the communities in which said links serve—would seem to benefit a diverse array of stakeholders. Finance, in particular, exists to facilitate such commerce, cutting across every sector of society.

The commitment to ESG and China, symbolically sitting adjacent to each other in Fink’s letter, is both ironic and hypocritical. It is ironic in the sense that Chinese companies flunk on all counts of “E,” “S,” and “G.” It is hypocritical in the sense that therefore BlackRock and its business brethren seemingly cannot credibly champion both causes.

What are we to make of this “hedge”?

A cynic might argue that ESG represents an attempt by Wall Street to buy absolution from progressives for the sin of seeking profits in those places that most violate “progressive” principles—a foolish attempt, at that, given that one can never pay enough for protection from the social justice mob if the mob fundamentally rejects profit-seeking activity anywhere.

Certainly not the American people. We will see fewer and lower-paying jobs as well as subpar returns in our retirement accounts if businesses prioritize progressivism over profit. After all, the more employees a company has, the greater the odds of running afoul of ESG principles. Particularly, industries like energy—which, pre-coronavirus, had been among the biggest drivers of U.S. employment and economic growth—will bear the worst brunt of the ESG inquisition.

China will be well positioned to pick up the slack, promising higher returns—at least on paper—perhaps in the very industries that ESG will gut in America. The Chinese Communist Party (CCP), the de facto primary stakeholder in every business that operates there, will reap the benefits of a playing field further tilted against the West by the West’s own hand.

China is already reaping these benefits. Consider that while BlackRock hocks ESG, to the detriment of American businesses, its clients continue to invest in Chinese companies whose ESG profiles cannot even be evaluated. For example, BlackRock’siShares MSCI Emerging Markets Exchange-Traded Fund (ETF) consists of numerous Chinese companies whose audits are not subject to inspection by the Public Company Accounting Oversight Board (PCAOB). China, in effect, gets preferential treatment relative to all other countries in skirting such oversight requirements. Among the holdings in this fund had been Luckin Coffee, prior to being exposed as a spectacular fraud, as well as all manner of Chinese companies in strategically significant sectors affecting and potentially threatening U.S. national security, including telecommunications and semiconductors. Many of these companies are directly tied to the CCP. This is to say nothing of BlackRock’s other ETFs, someof which give investors exposure to Hikvision, which is responsible for producing the surveillance equipment in Xinjiang’s gulags. So while American companies pay the price of progressivism, Chinese companies, which serve the most regressive of regimes—and one hostile to America—are rewarded.

This would represent a continuation of the long globalist betrayal of the American people, to the benefit of our greatest foreign adversary in the CCP—and all hidden beneath a veneer of virtue and morality.

Embedded in the ESG-China gambit is an acceptance of the proposition that America is in decline, while China is ascendant. This becomes a self-fulfilling prophecy if Wall Street is intent on downgrading America’s economy, while upgrading China’s.

“ESG for me, but not for thee” is a recipe for undermining America while empowering its worst adversaries.

Wall Street is not as brazen in its de facto support of the Chinese Communist Party as, say, the World Health Organization. And Larry Fink is not overtly cheerleading for the CCP, as is Tedros. But in continuing to support Communist China, Wall Street and Fink accomplish much the same.

Ben Weingarten is a fellow of the Claremont Institute, senior contributor at The Federalist, and 2019 recipient of The Fund for American Studies’ Robert Novak Journalism Fellowship, under which he is currently working on a book on U.S.-China policy.

Is a Universal Basic Income Program Worth the Costs? – Reason.com