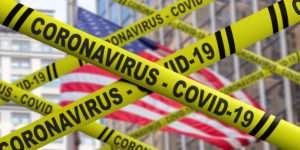 On May 15, the Federalist Society held a teleforum on the question of whether businesses and other entities shuttered by coronavirus shutdown orders are entitled to compensation under the Takings Clause of the Fifth Amendment. I debated Prof. F.E. (Enrique) Guerra-Pujol of the University of Central Florida College of Business. Prominent takings lawyer Robert Thomas moderated. Audio of the event is now available here.

In my view, most such shutdowns do not qualify as takings. In April, the Pennsylvania Supreme Court rejected a takings challenge to that state’s shutdown order on largely the same grounds as I outlined in my earlier post on the subject. Prof. Guerra-Pujol argues otherwise.

During the teleforum, I think Guerra-Pujol backed off somewhat from his more sweeping earlier claims, such as the argument that compensation for shuttered businesses is required by the Supreme Court’s 2005 decision in Kelo v. City of New London, a ruling not normally seen as a source of strong protection for property rights. I previously criticized that argument here.

I continue to believe that most coronavirus shutdowns do not qualify as takings, though there may be some unusual exceptions to that generalization (I note some in the teleforum).

I do think that at least some shuttered enterprises are entitled to compensation as a moral matter, even if the Constitution doesn’t require it. But I am pessimistic that we can ever effectively compensate more than a small fraction of the losses caused by the shutdowns. Our best hope is to minimize the damage by “reopening” as fast as safely possible, and taking steps—including by allowing “challenge trials”—to accelerate the development of a vaccine.