Virtual Presidential Debates? We Had One in 1960 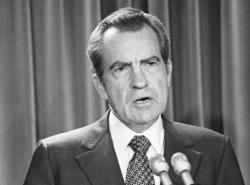 We’re all trying to figure out when and how fast the country will reopen, not the least being the politicians and campaigners. Large rallies and pressing the flesh are still the lifeblood of campaigns, even in today’s virtual world. Both Donald Trump and Joe Biden have been sidelined but are anxious to get back into the fray. The political parties are already discussing how national conventions might perform their legal and cheerleading duties remotely.

The other remaining big-ticket item is the presidential debates, which have evolved over the years to become a key part of national campaigns. Could they also be held remotely this year? History tells us it has happened before, and with very positive results.

On Oct. 13, 1960, Vice President Richard Nixon and Sen. John Kennedy debated for a third time, this time a continent apart. Nixon was in a Los Angeles studio, Kennedy was in an identical studio in New York, and a panel of four questioners and moderator Jack Shadel of ABC were in a third location in Los Angeles. The split-screen technology allowing both candidates to be seen together was revolutionary for the day, and outside of a rare picture interruption, the debate and accompanying proceedings went very smoothly.

A review of that long-ago broadcast reveals that such a format transported to today’s hardball politics might very well serve to enlighten the public on the candidates’ views in a way that a more modern format would not. Here are just a few things that were missing from that debate:

Here’s what the remote format did include:

In the end the debate might not be seen as good television today, but it succeeded in providing valuable information about the candidates’ views and on the breadth of issues raised. Politics should be a little boring. Unlike what viewers hear on cable TV, most everyday decisions are not life and death, but involve shades of gray inherent in governing and public choices that face working politicians. A format that better highlights the candidates’ backgrounds, choices and what they consider to be most important would serve the public far better than repetitive talking points.

Let the virtual debates of 2020 begin.

Frank J. Donatelli was assistant for political and intergovernmental affairs for President Reagan and deputy chair of the Republican National Committee. He was involved in debate preparations for Reagan in 1984 and Sen. Bob Dole in 1996.